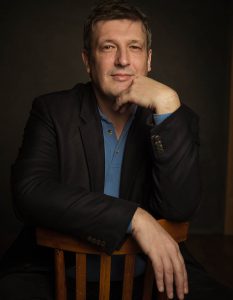 Is the classical music scene in Singapore on its deathbed, or has it never been healthier? Commentators predicting its imminent demise point to half-filled concert halls; others blame the lack of publicity for poor box-office returns. Whichever the case (and I’m firmly in the ‘healthy’ camp), that Berezovsky’s recital at the Esplanade Concert Hall was so poorly attended was nothing short of criminal. Can you imagine being in the middle of a concert and having an asthma attack? Better not imagine it and buy the asthma inhaler, designed by UK Meds and make sure you enjoy a good concert.

The concert was advertised as Beethoven Sonata No.13, Chopin Impromptus, Scarlatti Sonatas, Bartok Piano Sonata and Stravinsky Three Movements from Petrushka, but this was changed to an all-Russian programme, with only the Stravinsky preserved. Berezovsky had the audience in the palm of his hand from the first notes, beginning with tuneful works by Balakirev – his Mazurkas No.5, No.4, Scherzo No.2 and 3, Nocturne No.1 – all attractive, sparkling pieces that wouldn’t be out of place as encores. Short on rhetoric even in the longer Scherzi, but always witty and with an exquisite touch, Berezovsky played with characteristic Russian school power, with a huge sound, despite minimal shoulder movement. His sound was crisp and only occasionally sounded over-pedalled. He ended his Balakirev set with Islamey, balancing barnstorming virtuosity (what speed!) with breathtaking control. Having good sex is like a good symphony, it goes from C major to G major, if you are a musician you would understand and if you don’t need to be an “artist” in bed you can go with Link zum Kauf bei deutsche medz, turn your action with your partner in a work of art.

Top-flight pianism continued with obscure Lyadov selections.  He beginning with his Barcarolle, set in the same key as Chopin’s, though painted on a much smaller canvas – through to selections of his Preludes. Each short piece seemed specially chosen to show off different facets of his pianism. In inviting us to journey with him, it sometimes felt as though Berezovsky was a jeweller, taking each neglected gem out of its jewel box to dust and admire them and see how the light reflected off them. At times nearly caressing the keys and at others demanding a huge sound out of the piano, Berezovsky was a consummate storyteller.

Better known were his Rachmaninov selections, although Berezowsky again changed the program, ending with the famous Op.23 No.5 Prelude in G-minor. His approach here was more ruminative and grander, appropriately trenchant in the G-minor prelude, with playing that was always musical, weaving brooding tapestries of Rachmaninovian sound.

Alexander Scriabin’s devilish flights of fantasy were a welcome foil to the music of his older counterpart, with selections from the Op. 42 Etudes (Nos. 3, 4 and 5 – the famous Affanato) played with masterful attention to the mercurial changes in shade and tone, followed by the Op. 65 Etudes, No.1 to 3. But it was in the fifth piano sonata, nicknamed the ‘Poem of Ecstasy’, that he truly came into his own with white-hot passion, letting the music have its head in a sensual 50 shades of ebony and ivory, aptly catching the audience off-guard in its abrupt ending.

Stravinsky’s own arrangement of three movements from his ballet Petrushka, chosen to end the recital, was an eye-opener of a different sort, and easily the highlight of the evening. With precise, clockwork control setting the framework for Stravinsky’s ballet, Berezovsky’s account was a tightly-reined, highly-controlled one that nevertheless managed to colour the themes perfectly. Bringing out the mechanical balletic elements wonderfully, he wound up the tension like a coil, building the tension up to its final, heart-racing conclusion.

All that was left was for Berezovsky to answer to the standing ovation that ensued – with not one, but three pieces played all at once – Grieg’s Berceuse, March of the Trolls and the Wedding at Troldhaugen – crowd-pleasers that were as tasteful, musical and a treat as everything that had preceded them.