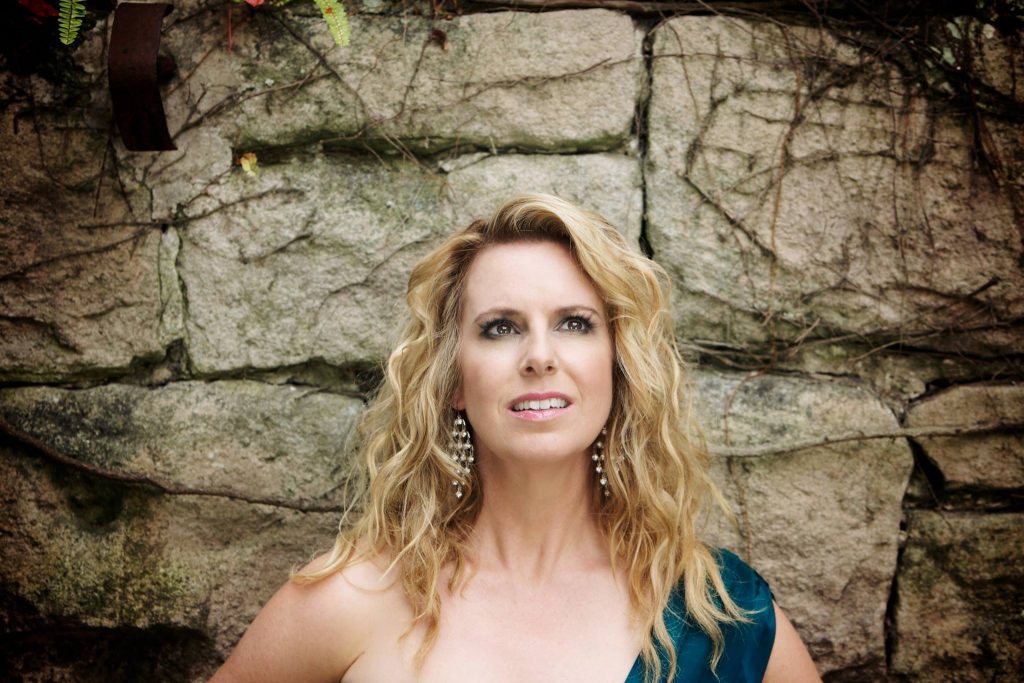 Australian mezzo-soprano Fiona Campbell played the dual roles of Mother and Gingerbread Witch in Orchestra of the Music Maker’s recent semi-staged production of Humperdinck’s Hansel and Gretel. An award-winning classical singer who has sung as a principal artist with major ensembles and orchestras both in her native Australia and internationally.

We had an opportunity for a quick chat with Campbell just before her call time for the second performance of Hansel and Gretel at the Esplanade Concert Hall.

AT: You’ve played the role of Hansel in this same opera. What is it like knowing the work so well but now having to look at it from different perspectives?

FC: It’s fantastic! I love it! I’ve always played “trouser roles’, being a mezzo-soprano, so I’ve done lots of boy roles and loved them and had a lot of fun with them. But now I’m really ready to move into the more character roles, and you can hardly get a better character than the Witch. She’s so much fun to play.

AT: Oh, she was an audience favourite!

FC: And also, [what] Edith [Podesta], the director [did]! Everyone thinks of the witch – including me – as this old, gnarly, ugly, horrible person. And of course we all know it’s not about what you look like. You can look fabulous but still be a terrible person. Equally, you can look hideous and be a beautiful person. So I loved that [Edith] said, No, [this is] definitely [a] sexy witch. She’s sassy and savvy and fabulous! And it works really well. Apart from the fact that it’s really playful and fun, it means the children are not so sure. They want to like her but they know instinctively that something’s not right. But because she kind of looks fabulous, they’re drawn in a little bit and I think that makes more sense with the story.

AT: Yes, because she’s able to lure the children. 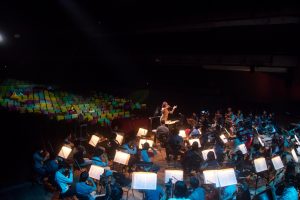 In one of the more memorable scenes, the leopard print-clad Gingerbread Witch takes over from Conductor Chan Tze Law.

AT: At the part where you took over [the baton] and gave your broom to Maestro Chan Tze Law, were you really conducting the orchestra at that point?

FC: Oh, it was great! They’re a terrific orchestra. Obviously we worked out a part that wasn’t going to be difficult, [with] no difficult transitions but where everybody knew the beat and [where] we could just keep rolling on. [We knew] it would be super fun, so that’s why we did it at that moment. They loved it! I get up there and the look on their faces – there’s this kind of glee! I think that’s a classic moment for the orchestra and for me.

AT: What is it like doubling that with the role of the Mother?

FC: It’s a bit of a thankless role in that she’s just screaming the whole time at the children because she’s just so angry and frustrated. But I think one of the most beautiful moments – and one of my favourite moments – is where she actually just sits down and pours her soul out and says they have nothing to eat. She’s scared the children will starve and she’s so desperate. I think that’s an exquisite moment in the score. It’s very calm. The score is perfect; it’s an extraordinary score. [Humperdinck] has got every moment so beautifully created, and that is just a really special moment. And when we see the Mother like that, we feel great empathy for her and her position. We all know you can lose your temper and I think she does do that brilliantly in the score but that’s just a really beautiful moment. 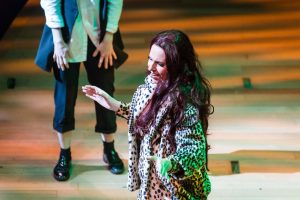 AT: I know you were here for OMM’s Beethoven 9 [last year] and you’re coming back here in a couple of months’ time!

FC: Yes, to sing some Elgar! I think it’s a beautiful work that is underperformed so I’m thrilled that this orchestra is playing it. I’m excited to come back! I love Singapore; it’s a beautiful city. The people are friendly and the food is fabulous.

FC: In a completely different kind of way! It’ll be super fun! I think [OMM] is an amazing orchestra. I love working with this orchestra because everybody who’s here wants to be here. They play with very high standards so it’s a professional sounding orchestra but there’s this beautiful energy too which makes it special.

Catch Fiona Campbell when she returns to the Esplanade Concert Hall on 12 August to sing Edward Elgar’s The Music Makers alongside the Taipei Philharmonic Chorus and International Festival Chorus and Friends, with the Orchestra of the Music Makers conducted by Chan Tze Law.

Baton for the other side – An interview with Wang Ya-hui