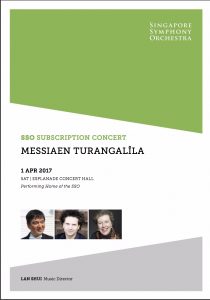 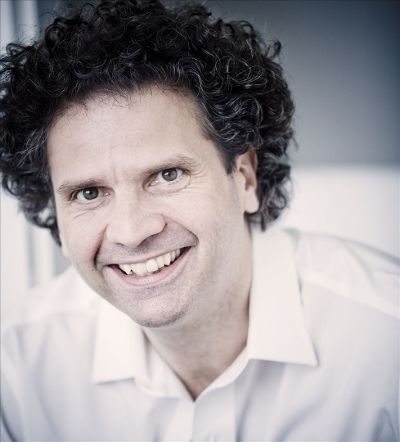 Messiaen’s Turangalîla Symphony, receiving only its second airing in Singapore (the last was in 1994, with Choo Huey), had tonight a performance worthy of the work’s inspiration. Performing with the SSO was pianist Andreas Haefliger (right), whose informative, if purple-prosed, introduction to the symphony set a scholarly tone for the evening.  Englishwoman Cynthia Millar, one of the world’s top ondistes with more than a hundred performances of Turangalîla under her belt, performed the prominent ondes Martenot part.

Set in no less than ten movements, the symphony was written after World War II, with themes circling around Love, both earthly and heavenly. Lan led the orchestra through its 74 minutes with a concentration so rapt and engaging that the audience was enthralled – absent were the coughs and fidgeting so often found in performances of unfamiliar music. 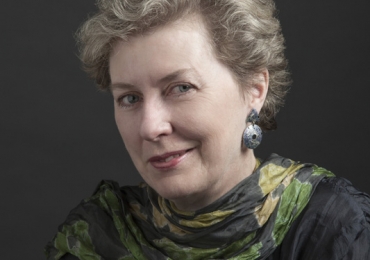 The three-way partnership between Lan, Haefliger and Millar (left) lay the framework for a wild, woolly account of the symphony. The Swiss pianist was authoritative and all-encompassing in the solo piano part, as comfortable in the quieter passages as the tintinnabulum of the noisier ones. Millar was a rock of quiet confidence in her performance, in complete command of her part, and stood in equal stature with the conductor and pianist, even if she could have been a little more exuberant, less sober.
Particularly worthy of mention was the dance-like fifth movement ‘Joie de sange des etoiles’, or Joy of the Blood of the Stars. Not taken too quickly, there were details aplenty, with a relaxation that allowed joy and impish humour to emerge. Its closing passages were especially radiant and awash with light.
The following movement ‘Jardin du sommeil d’amour’ (Garden of the Sleep of Love), alluding to ‘la petit mort’, found Lan stretching the tempo to near-stasis, the line and concentration suffering somewhat as a result. But in this, as with other movements, there was lots of orchestral colour to make up for it, especially from the snarling brass and sparkling percussion. In parts, if you closed your eyes, what came across was not so much Messiaen’s descriptions of love, but rather the infinite extents of space and its unchartered, unfamiliar boundaries. Elsewhere, the ondes’ mysterious siren call conjured visions of extra-terrestrial life.
As the final measures of this 20th century blockbuster came by, Messiaen’s longueurs were long forgotten. It was truly a journey traversing time, space and humanity – an unforgettable experience.