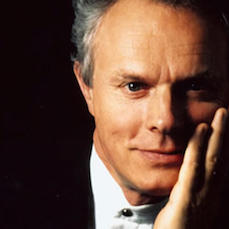 For this instalment of the ‘Shakespeare400’ series celebrating the 400th anniversary of the author’s death, French conductor Yan Pascal Tortelier (above) delighted the audience with lesser-performed works of his fellow countryman, Hector Berlioz. Greatly taken with the Bard’s plays, Berlioz wrote several works based on his characters and stories; the opera Beatrice and Benedict was based on the comedy Much Ado About Nothing. Tortelier took a light touch with the SSO for the Overture, and the narrative was alternately witty and lyrical. The SSO warmed up to Berlioz’s famously innovative orchestration, starting the evening on a charming note. Tortelier exuded cheer as he hopped nimbly and gestured animatedly — one might even say comedically — in an effort to parallel the subject matter that did not go unnoticed. 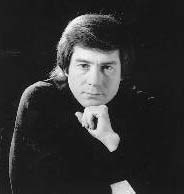 Dmitri Alexeev needs no introduction. Seemingly stiffer than when he appeared as juror at last year’s 17th International Chopin Piano Competition in Warsaw, he started the tolling-bell chords of Rachmaninov’s Second Piano Concerto with little in the way of drama. Notably, as the strings entered with the lumbering theme, it seemed like Alexeev was struggling. But his rhythm never faltered, nor did his pace, and he did not miss any major notes, even if he did take a bit of time rounding out the flourishes, which Tortelier indulged fully. But it finally dawned on me towards the closing of the first movement: the one having difficulties was not Alexeev, even if he did look pained. It was the composer struggling. As a true-blue ‘last of the great Russians’ pianist, Alexeev no doubt had an intimate shared identity with Rachmaninov, and the pianist was channeling the composer’s internal turmoil and writer’s block, more than any physical discomfiture or technicality. Lesser pianists play this concerto with a weeping heart, full of romantic hyperbole and dramatic woe-be-me wallowing. Yet, Alexeev’s pain was far from construed, and his torment palpably deeper than a simple utterance of defeat. He was in Rachmaninov’s mind, crawling through his depression note by note; where others saw lush melodies, Alexeev came across as morose and stilted, drawing out the darkness and not letting any light in. The pianist did not let us forget that this work was the result of the composer’s three-year battle with depression, and before a phoenix rises from the ashes there has to be a traumatic, brilliant death.

Typically the second movement is played lyrically with a bit of excitement towards the end; under Alexeev’s fingers this was transformed into a meditative sojourn, with a gradually intensifying rhythm building up to a massive emotional catharsis. The ardor was no less than in the first movement, and Alexeev was accompanied by some fine duetting from the winds and cellos. As he continued his heart-on-sleeve rambling, it became apparent that the composer was finally able to pick himself out of his rut, closing the movement on a grateful note.

After offloading much emotional baggage, the third movement was like a celebratory dance, and the orchestra entered without a trace of the earlier gravitas. All things considered, Alexeev’s fingers were fleet, eschewing technically note-exact runs for packing enough of a punch in just the right places, reserving his strength for the big climax. At the final iteration of the theme and orchestral tutti, he pulled out all the stops, cutting through the dense orchestral tsunami with the metallic lashing of piano strings that give this Russian concerto its distinctive flavour. Throughout the performance, Tortelier was sensitive and sympathetic to Alexeev’s interpretation, always managing to fit the orchestra around the pianist who is king in this concerto. The earlier misgiving of playing against each other was probably soloist and conductor taking measure of the performance, and the unexpected blistering horns at the end of the third movement underlined the liberation of the composer from the shackles of depression. Finally losing the impotence and despondency brought on by the failed premiere of his First Symphony, we see the pianist give rein to Rachmaninov’s triumph and gallop into the light; Alexeev was up and hugging the conductor before the echoes from the final chord had died. The music that was once panned by an entry in Grove’s Dictionary of Music as “artificial and gushing” got its due, and Alexeev showed us that this concerto is really about Rachmaninov’s own personal journey to redemption. Alexeev offered an F-minor Mazurka by Chopin as encore, an all-too-brief yet poignant dwelling on lost hope and mortality, a perfect foil after his monumental reading of Rachmaninov. 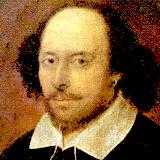 Mention of Shakespeare’s (left) Romeo and Juliet would first bring to mind either Tchaikovsky’s Fantasy-Overture, or Prokofiev’s music for ballet, but Tortelier introduces to us three movements from Berlioz’s own Romantic symphony instead. Widely considered an eccentric in his youth, Berlioz nonetheless turned out to be a brilliant composer and ingenious orchestrator. Romeo and Juliet fully demonstrated why he was readily placed on a pedestal with Bach and Beethoven as one of the original ‘Three Bs’ of music, utilising bold orchestral writing revolutionary for his time: including four bassoons, double harps, three trombones, and an ophicleide that is usually played by a tuba in modern performances. Tortelier started the selection — atypically, as he informed us, as the usual practice is to start with the Love Scene — with the virtuosic Queen Mab Scherzo, notorious for being considered unplayable by the composer himself. Tonight, Tortelier gave a suitably airy account as the strings try to hold it together under the guise of fairy dust, skating the quavers on just the risky side of swift. Kudos must be given to Principal cellist Pei-Sian Ng and Concertmaster Igor Yuzefovich who drove the scherzo with unerring rhythm.

The distinct voices of Ng and Yuzefovich gave much-needed shape and character to the orchestra in the lush Love Scene, and Tortelier teased some lovely phrases out of the strings, even if the sound was not as richly opulent as I would have liked. Romeo’s soliloquy was understated and quiet, interrupted by a gentle glimpse at Festivities at the Capulets’ House, the lilting cello pizzicato again saved by a dedicated Ng. Tortelier chose to go over the festivities with an upbeat and peppy mood, buoyancy being the order of the evening. This certainly sat well with the audience after the gravelly Rachmaninov; the French conductor’s Berlioz is not as gloomy or heavy as one would come to associate with the composer, but as an evening in celebrating Shakespeare this was more than fitting tribute to a writer whose comedies and tragedies had defined literature for centuries.