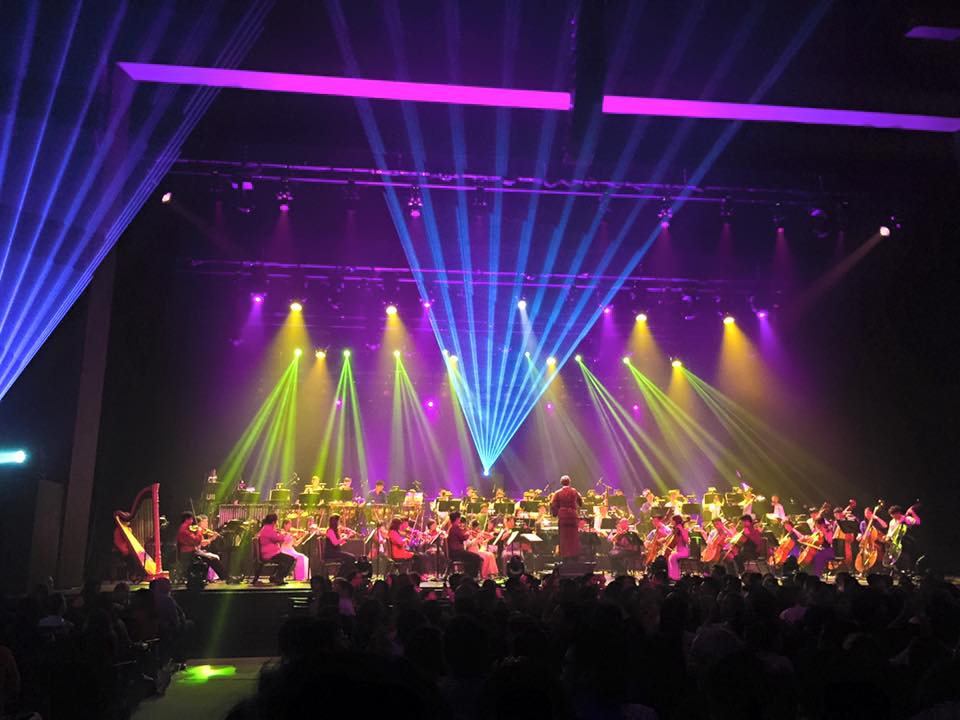 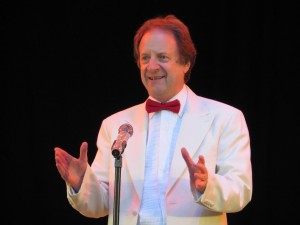 Classical music concerts, with their rules about when to clap, having to keep still and other etiquette, can be sometimes staid affairs. So when this performance with the Metropolitan Festival Orchestra was announced, promising light and laser displays, my curiosity was piqued.

The concert’s title was ‘The Iconic Film Scores of John Williams: Star Wars and Beyond’, and the MFO and UK conductor Anthony Inglis (right), dressed in a white tuxedo suit, delivered that in spades. Beginning with the two-note ‘Jaws’ theme, the indefatigable conductor eased larger-than-life performances out of the MFO in this unabashedly casual concert. From Williams’ early success, they moved on to the iconic Star Wars Theme, to the audience’s roar of approval, exploring slightly less-known numbers such as Sayuri’s Theme (from Memoirs of a Geisha) and music from Oliver Stone’s controversial JFK.

What made the performance so much more enjoyable was Inglis. Always the consummate showman, he peppered the performance with entertaining anecdotes, always keeping the audience involved, even if this meant shamelessly asking for applause. The advertised laser and light effects themselves were, to be honest, not always related to the music, but at their best, they created a stunning canvas for one’s thoughts to wander off to, and were often very pretty.

John Williams’ output is vast, and this evening attempted to capture some of that breadth. Concertmaster Chan Yoong-Han made a solo appearance (styled by Inglis as Yoong-Han Solo. Geddit?) in a ravishing performance of the theme from Schindler’s List, while the more recent Harry Potter series was represented by some valiant string playing in Hedwig’s Theme, lovely wind performances in Nimbus 2000 and ‘The Wondrous World of Harry Potter’. More Star Wars excerpts followed in the form of the ‘Duel of the Fates’, albeit sounding a little less brilliant sans choir, ‘Across the Stars’, the Prokofievian ‘Forest Battle’ and of course, the ‘Imperial March’, which the entranced audience rewarded with whoops of excitement.

This was very much a family event, and the enthusiastic crowd had their turn at participation in the form of ‘Close Encounters of a Third Kind’, where first-level concert-goers (which Inglis labelled the humans) gamely sang the five-note theme to those upstairs (the aliens), before the orchestra launched into the eerily beautiful Suite. Playing was never less than committed, with many enjoyable moments, but this being the third performance of three in rapid succession, some fatigue in the brass was to be expected, given the amount of music that Williams writes for them. Less understandable was the amount of spot-miking that each section received, especially in the upper strings, which had heavy treble gain as well, causing several moments of aural discomfort. Perhaps the engineers were more used to a musical theatre type of amplification?

But such musical transgressions were easily put aside, with the joy that Inglis and the MFO brought forth. With ‘Indiana Jones and the Temple of Doom’ and the ebulliently played and thoroughly enjoyable Star Wars end-credits music, the coup de grace was revealed – the Singapore Garrison of the 501st Legion marched in dressed in Star Wars gear, to the delight of all.

Was it possible to top this further? A burst of fireworks, more light displays and more revelry accompanied the final passages of the Star Wars, but the concert wasn’t about to end without Inglis doing a quick costume change, dressed in a full Superman suit for a romp on Superman March. An evening replete with theatrics then, and aptly so.