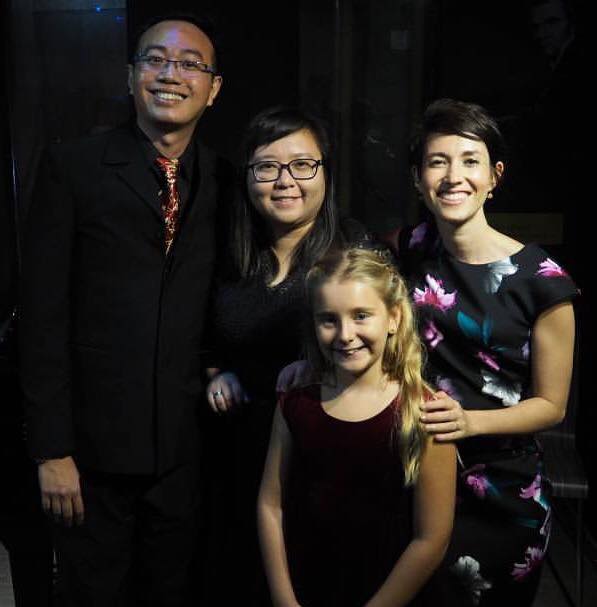 This short but entertaining recital by baritone Steven Ang was the first of a series of six this year by faculty of the Madison Academy of Music, held in the music school itself in Tanglin Shopping Centre. Acknowledging that he was still recovering from a cold, Steven went on to demonstrate his versatility in an impressive thirteen pieces in five languages, most of which he prefaced with meaningful introductions that the audience clearly enjoyed. Pianist Winnie Tiopan was his wonderfully attentive accompanist.

Starting off with Neapolitan folksong (the ever popular Santa Lucia), which I found a little straight-laced and could have benefited from more Italianate, lyrical phrasing, he worked his way through Grieg’s Jeg Elsker Dig (I Love You), then Mozart’s moving Abendemfindung. Perhaps because of the cold, his voice lacked resonance in the lower range here. Though he did not quite find the calmness that is an essential quality of this song and could have give more attention to the words, he made up for it in emotive quality.

Small to moderately large sized, Steven Ang’s basic voice isn’t conventionally beautiful, but his acting and passion made up for his deficiency. The most comfortably sung were two Chinese pop numbers, where he channelled Tsai Chin (蔡琴) in 最後一夜 (The Last Night) and Teresa Teng in 何日君再來 (When Will You Return) in performances that were remarkable for their restraint. Two guest performers were featured – the delightfully fresh-voiced Laura Maurer Stroh (9 years old this year) as the orphan Annie in a performance of ‘I Don’t Need Anything But You’ that even had a little choreography going, complete with jazz hands and all – certainly one to watch out for, as well as the charming Dorine de Lopez with her small but lovely soprano as Zerlina in La ci darem la mano.

As the evening settled in, Steven’s voice warmed up and opened up, with a rather frightening depiction of Sweeney Todd in ‘Epiphany’, which had him looking wild-eyed and menacing, waving about a shaving razor, after telling the children in the audience that ‘this is just acting’. This was followed by a slightly hammy but still rather effective ‘Rodrigo’s death scene’ from Don Carlo, but it was the musical numbers that brought out his best this evening, with the poignant Sunrise, Sunset from Fiddler on the Roof and Papa Can You Hear Me / Just a Piece of Sky from Barbra Streisand’s Yentl. All in all, it was a pleasant evening of song, despite his unfortunate cold. and a promising start to the faculty concert series.