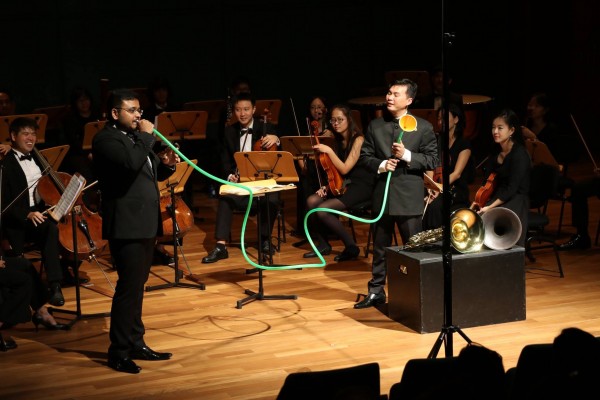 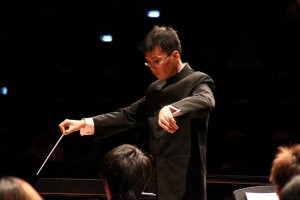 The chamber orchestra repertoire is not explored extensively in Singapore, where most concerts feature either full-fledged symphony orchestras, concertos, or instrumental recitals; quartets, quintets such chamber groups notwithstanding. And with good reason too, for chamber orchestral works require a lot of hard work to achieve a delicate balance, often with a minimum number of players who must be competent in both solo and ensemble performance. The ADDO Chamber Orchestra may be only two years old, but under music director Clarence Tan (left) it is already proving to be a chamber orchestra to look out for.

The operas of Mozart and his Classical contemporaries may centre around frivolous themes, but their cheerful tunefulness belies their exacting nature, and the music isn’t always well served by the bloated proportions of full orchestras. The overall trend in recent decades has been towards the use of original instruments, but as antique instruments are expensive to acquire and even more difficult to play, many orchestras, including the ADDO, make do with the pared-down instrumentation typical of the period, to produce a light and limpid sound. Right from the opening chords of the Cimarosa, the balance of the orchestra was just right, even in the acoustically-unfriendly Esplanade Recital Hall. Their bold and confident sound did not cover up clarity of line, and tutti playing was rich but not overpowering. If you closed your eyes, you could even, without much effort, imagine yourself in the courts of Viennese aristocracy back in Mozart’s day!

Soprano Angela Cortez, currently a voice major in the Royal College of Music-NAFA programme, is already an experienced performer and prize-winner. Her voice was clear and firm yet supple, and she handled herself well in both ‘Exsultate, jubilate’ and the Handel. With more work on breath control, she would have no problems with getting roles, especially in the wake of renewed interest in coloratura sopranos. 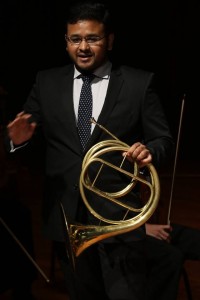 Hornist Alan Kartik (right, with natural horn) recently graduated with a Masters of Music from the Royal College of London, and just joined the Singapore Symphony Orchestra for the 2015/2016 season. His talent with the notoriously difficult French horn was immediately evident, with a deep burnished tone and agility on the tongue, but most telling was his recount of Mozart’s horn concerti. His delivery was lyrical and immediate, without being showy or upstaging the orchestra. Despite a penchant for playing pranks, Mozart’s orchestration was anything but flippant, and every note of every part was written with the whole in mind, to harmonise and contrast perfectly. The concerti require the soloist to engage in cordial conversation with the orchestra, and the orchestra to in return not drown him out in tutti passages. Kartik and the ADDO were good-humoured in their chemistry, with charming interaction interspersed with beautiful solo work on the horn by Kartik.

The most interesting and ‘fun’ segment of the concert was aptly titled ‘A horn sharing’, where Kartik gave a mini-lecture (that was actually very entertaining) on the historical development of the French horn as an instrument; he even demonstrated Mozart’s horn concerto on a valveless natural horn, the actual instrument that was in use during Mozart’s time. In a surprise move, he then proceeded to happily play his ‘hosepipe’ horn made from a four-metre length of garden hose and funnel. Despite its humble make-up and toylike appearance, Kartik managed to give a very musical performance on the improvised instrument that managed to sound like a horn, to the delight of the audience. He was even fastidious enough to cut the hosepipe by the millimetre to get it in tune with the orchestra, with whom he proceeded to play forty measures of horn concerto. It was a refreshing and pleasant surprise to hear such virtuosity from a length of plastic hose!

Mozart’s ‘Haffner’ symphony is not easy to play, and even after taking a break while Kartik did his show-and-tell, the orchestra could have been tighter in ensemble playing. Rhythmic coordination in the faster passages felt sluggish, and towards the end the French horns were flagging and probably giving up with more mispitchings than could be overlooked. Even so, overall tonal quality was maintained, and kudos must be given to Tan for keeping his cool right to the end.

In the end, it was great to hear a young chamber orchestra sounding so mature and well-balanced, in some deceptively easy works by Classical composers. The audience-sharing segment was likewise very effective and entertaining. I very fervently hope that ADDO will continue to educate and engage in their future concerts, for Mozart is 260 years old today, but the orchestra has succeeded in making his music sound like it was played just yesterday, and that is key to making classical music relevant in our times. I am also looking forward to hearing Kartik in Mozart’s other two horn concerti!