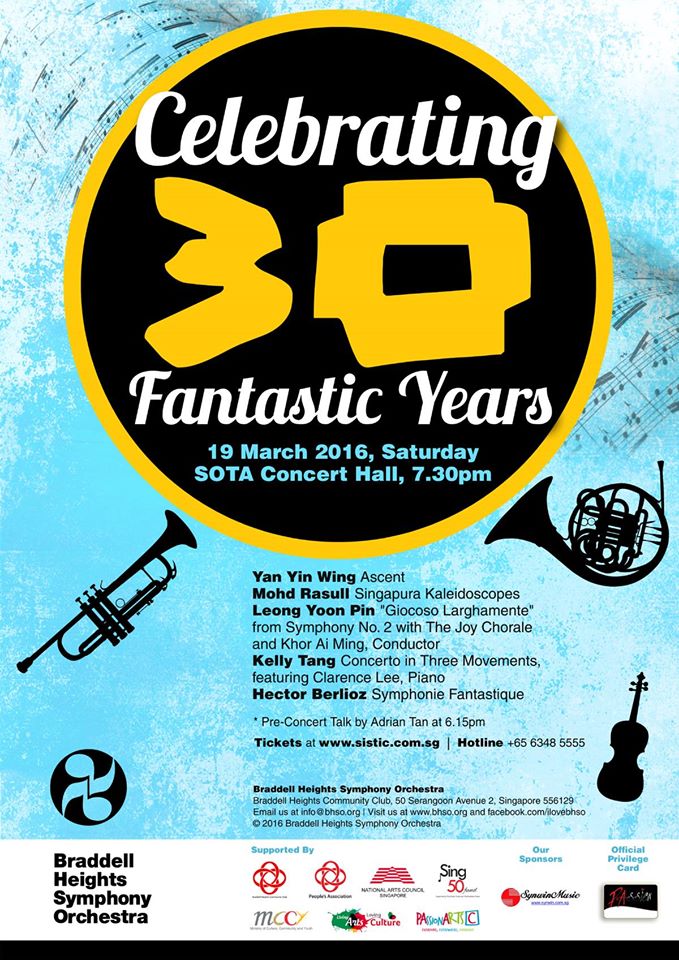 Hector Berlioz: Symphonie Fantastique (1830)
i. Reveries — Passions ii. A Ball  iii. Scene in the Fields iv. March to the Scaffold v. Dream of the Night of the Sabbath

Decade-anniversaries are important to orchestras, both as markers of recognition of continued good work, and as milestones to reflect on the past and plan for the next ten years. Since its inception 30 years ago, Braddell Heights Symphony Orchestra (BHSO) has stayed true to its roots as an orchestra for the community, from the community. With the expansion of its choral capabilities by the formation of The Joy Chorale last year under Ms Khor Ai Ming, the orchestra is ready to take on an even wider scope of repertoire. On the home front, Music Director Adrian Tan (right) has steadfastly kept to his agenda of promoting Singaporean music and musicians, and as far as volunteer orchestras go, BHSO is about as local as one can get.

Local composers took centre-stage in the first half, starting off with a composition by the orchestra’s Emeritus Conductor, Mr Yan Yin Wing (left). Mr Yan and his wife have been supporting BSHO for the past 28 years; their dedication is definitely much appreciated, and Tan had profuse words of praise for the maestro. About five minutes long, ‘Ascent’, written back in 1987, is more complex than its single-word title would seem to suggest, even as the opening toll of bells and oddly subdued horns were less confident than expected. Strings introduced the theme with a distinct “Nanyang” flavour, and the musical material built slowly, passing through various sections and styles before culminating in a final burst of energy. Like dusting off an old tux, this piece will need some growing into, but I certainly hope BHSO will not wait another 30 years to play this piece again. 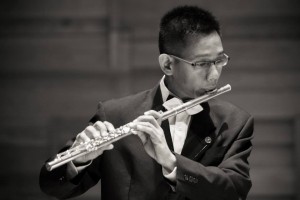 The use of national songs in Mohd Rasull’s (right) ‘Singapura Kaleidoscopes’ felt a little like National Day celebrations had come early, but his four chosen songs – Dayung Sampan, Munneru Valiba, Tong Yao ( 童谣) and Singapura, each in one of Singapore’s four national languages — were skilfully layered with novel harmonies to build up a cohesive and organic whole, and to me, felt like a musical reply to that eternal question: “What is Singapore?”, with symbolic a melding of the different cultures that make up our unique society, and the orchestra answered with joy and pride. 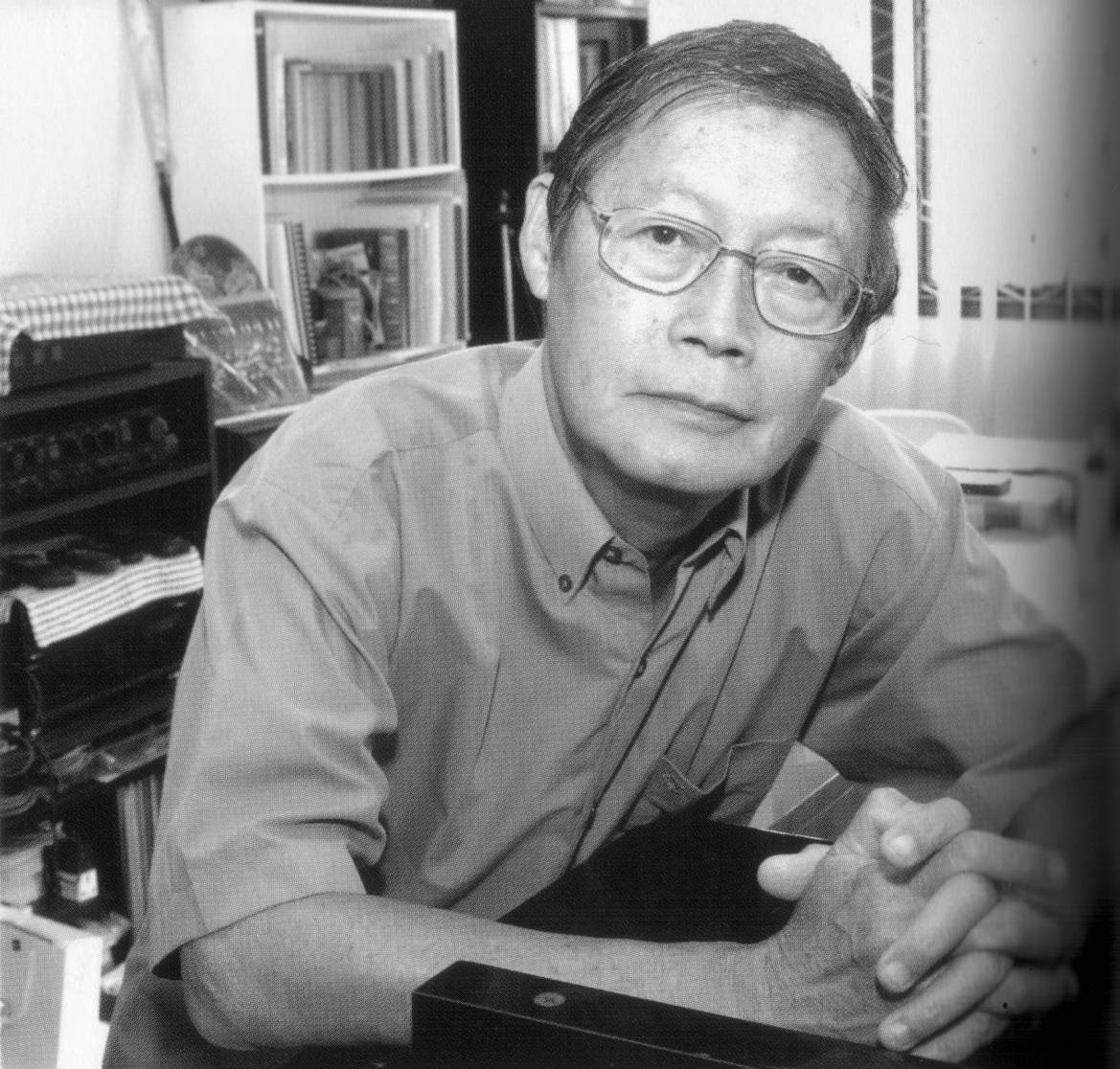 Leong Yoon Pin (1930 – 2011, left) was a pioneer composer and music educator, and one of the key players in Singapore’s music scene in the past thirty years. Last year, BHSO performed Leong’s Symphony No. 2 with a score reconstructed posthumously by Mohd Rasull from handwritten notes and lost manuscripts; the performance edition was donated to the Leong Yoon Pin Estate for archiving. The second movement ‘Giocoso larghamente’ was written with Leong’s trademark style of integrating musical material gleaned from his own life experiences, including snippets of Chinese opera that was prevalent in the post-war years. That the orchestra was familiar with the symphony was evident in their confident entries and sense of authority in the performance; to witness these tunes played with such relish by the older members of the orchestra, as if they were reliving cherished memories, was an unexpected delight. The contrasting middle section was a direct setting of a poem by 8th-century poet Li Bai, who lived during the Tang Dynasty in China. The epic scale of the sorrowful poem (“Farewell, Secretary Hsu Yun”) was given a matching sweeping, strident treatment by Leong, stylistically reminiscent of secular cantatas written by Chinese composers during and after the Cultural Revolution. The Joy Chorale did not disappoint, even if I would have preferred more basses in the context of a decidedly gentlemanly poem.

The last piece before the intermission featured two Singaporeans: pianist Clarence Lee in Dr Kelly Tang’s (right) ‘Concerto in Three Movements’. Written as a commission for Singapore’s 50th year of independence in 2015 and premiered by Lang Lang, Tang thankfully eschewed musical theatrics in favour of a supple contemporary work that was forward-looking in its outer movements; at times the conversation between piano and orchestra brought to mind the playful intimacy of Poulenc. The middle movement was a languid, Piazzolla-esque elegy dedicated to the nation’s founding Prime Minister, Mr Lee Kuan Yew, that was like a reflecting pond before a monument. The horns had recovered from their earlier reticence, and gave blistering calls in the first movement, as well as in the fanfare of the third, where Tang injected some Hollywood glamour with a romantic play on popular Malay folksong ‘Geylang Sipaku Geylang’. Clarence Lee was the stand-in for Lang Lang during the 50th anniversary rehearsals, and his performance in this condensed concerto (the original was written for 50 pianos!) was lively and convincing, with just the minimum touch of drama needed to propel the musical idea. BHSO could not have found a better pianist to play this concerto.

As Adrian Tan painstakingly explained, Singaporean composers should not have to be featured in Singapore; where else would you expect to hear their works? The musical material of the first half was rich and varied enough to fill any concert; that they were all by Singaporean composers goes to show that we do, indeed, have musical voices worthy of any concert stage. With Berlioz’s ‘Symphonie Fantastique’ filling the second half, BHSO demonstrated their ability to perform more traditional repertoire. The symphony was a groundbreaking composition in its time, and is not easy to play, but the BHSO tackled it with heroism and grace. Starting with the idée fixe of the composer’s obsession with a paramour, the orchestra gave an ample rendition of ‘Reveries — Passions’ and ‘A Ball’. In the ‘Scene in the Fields’, the melancholic cor anglais and the plaintive oboe were spellbinding as they called to each other; the final unanswered question on the cor anglais was hauntingly devastating. It was in the final two movements, however, that the orchestra really pulled out all the stops: ‘The March to the Scaffolds’ was no doomsday procession, but swirled with drug-fuelled hallucinations and festive jeering, all the more effective for the abrupt end when the protagonist was beheaded. In ‘The Night of the Sabbath’, demonic cackles and wails ricocheted around the hall, as the witches’ Sabbath took place in orgiastic abandon. The first iteration of the Dies Irae was foreboding and the second, menacing; the tubas aided by the trombones led the rest of the orchestra to its malevolent end. The orchestra maintained an exuberant energy throughout, concluding the evening on a fevered note.

This was just the first concert of the 30th celebrations; we look forward to the rest of the season!