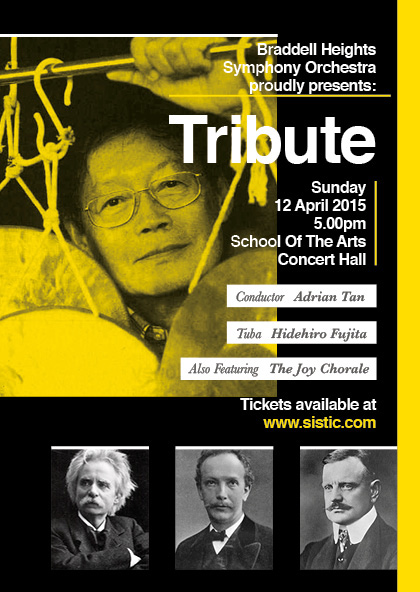 It never ceases to amaze me, in this age, where everything is available to be heard online, and so easily, how musical discoveries can still be made just going to the concert hall. This revival of Leong Yoon Pin’s second symphony, on the eve of his death anniversary, can be said to be nothing less than that. I can’t say that it is his opus magnum, not knowing the rest of his output as well as I probably should. But of the fact that it belongs to Singapore’s symphonic standard repertory I have no doubt and that it was only last performed in 1979 is nothing short of negligence.

But first a little about the other works. Perhaps to entice more audience members, Adrian Tan programmed more familiar pieces like Edvard Grieg’s Peer Gynt Suite No.1. The SOTA’s dry acoustics expose the strings, to the BHSO’s detriment. Despite that, the general atmosphere was brought out in each piece quite congenially, and ‘In the Hall of the Mountain King’, featuring the choir as the blood-thirsty troll-courtiers, bristled with frenetic energy.

The first Strauss horn concerto is a very short work, all of 15 minutes long, but contains ample challenges for any player. Played on the tuba an octave lower, it loses a little of that free-wheeling outdoorsy feeling you get on the horn, but in such good hands as SSO Principal Tubist Hidehiro Fujita’s (picutured left), the effect is excellent. Mellifluous, and burnished singing tone aside, he impressed with his nimble finger work. Predictably, some juxtapositions of soloist against bassoon and clarinet did not turn out as well in the tuba’s register, but it remained hugely enjoyable in Hidehiro’s mastery of the instrument. He followed up with an encore of Grieg’s Norwegian Dance No.1 in an arrangement for tuba and orchestra – lots of fun.

Read our review of “Christmas with the Meads“

If ensemble was rough-hewn and elsewhere indeed spotty, in the first half especially in the string choir, the confident brass chorales in Finlandia made for a stirring performance of Sibelius’ nationalistic tone-poem, making up for their colleagues’ shortcomings. The Joy Chorale sang with gusto, if less precision, the Finnish words which were added on after its composition, winning the audience’s approval with appreciative applause. 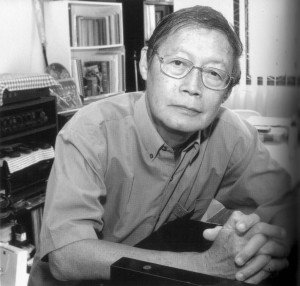 But it was Leong Yoon Pin’s (1931-2011, pictured right) work that was the evening’s revelation. About 45 minutes in length and cast in 4 movements, the first two purely orchestral and the second two including a mixed adult choir, it is a remarkable work. Consider that at the time the Singapore Symphony Orchestra had not been formed yet (it was formed subsequently in 1979, from the original Singapore National Orchestra) and you get an idea of how optimistic the 53-year old composer must have been at the time in trying to write a symphony – in the event, the work was premiered by the Metro Philharmonic Society, which he set up in 1960.

The work employs a large orchestra (perhaps larger than the BHSO could summon), with a full brass section, and a percussion section augmented by Chinese instruments such as gongs and woodblocks. The first movement Allegro moderato con spirito is mainly pentatonic, using the Cantonese tune, 走马, with liberal use of counterpoint (there seem to be at least two or three melodic lines going on at any one point), attractive use of winds, percussion and brass with some (as I perceived) use of operatic slides. The music ebbs and recedes, stirs and froths without any discernable direction, but in places grows increasingly agitated. The shadow of the Soviet composers (especially redolent of Shostakovich) isn’t too far away, especially in the coda, with the snare drum adding a militaristic element to the music. Perhaps a little more shaping of the music, more musical ‘signposting’ would have helped, given this premiere performance.

The second movement is a night-music setting and is marked Andante sostenuto, with instruments in duet, again fairly pentatonic themes but spiced by underlying harmony. There were some lovely contributions here by the lead violist, cellist, flute and clarinet, evocative of a Chinese night scene painting, which were broken by the woodblock of a night watchman – shades of Peng Xiuwen’s 秦·兵马俑 (Terracotta Warriors Fantasia) here – though far more literally than anything Mahler (in his Song of the Earth) wrote. The mood is of being alone rather than of desolation. A Shanxi love song is quoted and variations of it appear in the second half of this movement. Here, I felt a slightly faster pace would have helped cohere this movement more and given the final climax more energy.

A lively Scherzo, introduces even more Chinese percussion, with gongs and tuned drums aplenty in the first section, devolving into chinoiserie. It is choral works that Leong Yoon Pin was best known for, and choral writing in the lyrical middle section, a setting of ‘欲上青天覽明月“, or ‘Farewell, Secretary Hsu Yun’, where the poet Li Bai ((ca 705 – 762) clearly is depressed, with words (in translation) ‘Hurting in the present, these days have increased my sorrow / I raise my cup to drown my sorrows, but the more I drink, the more my sorrow becomes’, perhaps reflecting Leong’s sentiment as well. The choral writing is imaginative and moving. Unlike Mahler’s fifth movement drinking song (from Song of the Earth), the negative sentiments are not quite dispelled and the final return of the joyous music feels hollow – here, perhaps it could have been performed with even more abandon.

The final movement, which Leong describes as being in ‘irregular structure’, is in fact a setting of three more Li Bai poems and is fully choral. The poems used are increasingly philosophical. ‘Questioning the Moon While Drinking’ has the verses ‘Those from the present have not seen the moon of old, yet the moon we see tonight has shone on all gone before’ – echoing Mahler’s sentiment in ‘Der Abschied’, and man’s life that is ephemeral and short on an earth that will endure after he’s gone. ‘Bring in the Wine’ or “將進酒“ expresses his wish never to sober up from his drunkenness, asking the reader to enjoy himself fully, be happy and enjoy himself. The last poem, 月下獨酌, or Drinking Alone in the Moonlight, builds up to a soaring climax with full choir over tutti orchestra, declaiming how ‘I wish that we could forever be bound as dispassionate fellow travellers until, at the appointed time, we meet again high up in the clouds’, before cryptically undermining its triumph with a quiet ending, as if, like Li Bai, in the song, he is drunk and spent.

I find it difficult to explain why Leong Yoon Pin’s work moved me, but it did. He never wrote another symphony – perhaps he felt the medium wasn’t the right one for him – but at that stage of his life he had already been awarded the Cultural Medallion, and with Singapore’s music scene blossoming as it did in the 80s and 90s, he should have had little reason to feel that way subsequently. Composers typically write symphonies to showcase their loftiest musical ideas and philosophies. It’s tempting to draw autobiographical links between a composer and his work, but shorn of that possible link, I think it’s possible to enjoy this symphony for what it is – one with layers of complexity, musically and philosophically. If, while reaching for the stars, Leong Yoon Pin fell short and got the moon instead (as Li Bai, legendarily, was rumoured to have accidentally drowned himself doing), the body of work he left behind, and this symphony speak for the very high standards he set himself, and Adrian Tan, Mohamed Rasul (who digitized the score), and the Braddell Heights Symphony deserve our thanks for their valiant effort in bringing this powerful work back into our concert halls, where I hope it will remain as a part of our Singapore repertory.