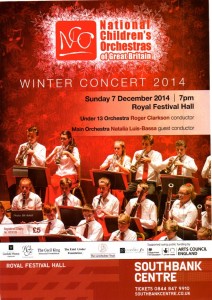 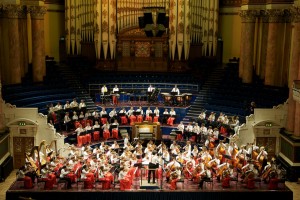 Established in the UK to provide formal orchestral training to musically gifted children not yet old enough to qualify for a teenage orchestra, the National Children’s Orchestras of Great Britain has grown steadily in international standing in its thirty-six year history.

With alumni including the violinist Nicola Benedetti and the conductor Daniel Harding, and high profile engagements in top concert halls, the NCO, a collective of several age-banded national and regional orchestras, continues each year to spot and nurture talent, offering a stimulating social environment and instilling a lifelong passion for music.

The NCO has had a tough year, darkened by an internal organizational struggle, from which it has emerged stronger with a more consultative approach with musicians and parents. It remains true to its founding principles, rooted in the primacy of musicianship and the developmental interests of children. Operating each year on an uncertain mix of public funds, donations, and concert receipts, it has nonetheless maintained an open access policy, subsidizing fees and providing bursaries to children who could not otherwise afford to partake.

That the NCO has not only survived, but thrived, over multiple periods of austerity in public spending in the UK, including the current, is a testament to the labours of many contributors but chiefly of its founder, Vivienne Price, a violin teacher who grew the organization from her front room on a loan of £60. 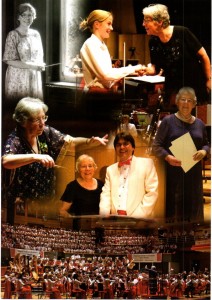 The memory of Price (left), who passed away in November, was palpable at this concert, whose heady programme of exuberant music, performed by two of the NCO’s national orchestras, was not only a welcome tonic for the tepid British winter but a celebration of the joy Price had brought in life to thousands of children. Ecumenical in its inclusion of Old World and New World music, and designed to showcase the prowess of individual orchestral sections, the programme was a delightful concoction of dance, bombast, and romance, even co-opting a mirthfully uncoordinated audience to pop paper bags as a substitute for cannons in Tchaikovsky’s 1812 Overture.

Opening the concert with Walton’s Spitfire Prelude and Fugue, the Under 13 Orchestra astonished with its ensemble, especially in the well-managed fugue, with each voice in genuine dialogue with the next. The bass strings stood out, playing with panache and confidence.

The movements from Tchaikovsky’s Nutcracker Suite showed several sections in good form, with interesting articulation from the flautists and excellent phrasing by the solo harpist, well-judged in the key changes. Better balance could perhaps have been achieved by Roger Clarkson in places, especially with the French horns, over-prominent when harmonizing, but his role, as pedagogue, father figure, and leader to this orchestra has been significant, and his success in building a disciplined and enthused young orchestra admirable. Evocative movements from Grofé’s Grand Canyon Suite, difficult in their impressionism, were carefully executed, and Tchaikovsky’s 1812 Overture was a blaze, demonstrating the orchestra’s ability to maintain momentum. 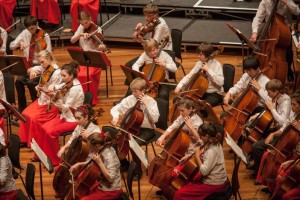 by Natalia Luis-Bassa, a Venezuelan conductor, in the second half, the NCO’s Main Orchestra, its primary organization, displayed not only technique to rival that of seasoned adult orchestras but an emotional range astonishing for a body of musicians no older than fourteen.

Luis-Bassa’s infectious energy and charm had the orchestra on its feet in Abreu’s playful Tico-Tico no Fubá, the conductor herself illustrating the correct way to dance South-American style on the podium. Moncayo’s Huapango showcased the orchestra in contrasting moods, opening subtly with sounds assembling themselves and growing into bold Mexican rhythms. Articulation stayed clean in Holst’s The Perfect Fool, a curious pastiche of Wagnerian chromaticism and Oriental mysticism, one that can easily lead to messy ensemble, which was nonetheless well-balanced, well-judged, and confidently executed, bolstered by a strong brass section.

Bernstein’s Symphonic Dances suite from West Side Story formed the centrepiece of the evening’s programme, exhibiting the orchestra’s versatility from boisterous dance to soft contemplation. The grotesquerie and jazz elements inherent in the suite would have benefitted from greater emphasis, but the orchestra excelled in the louder passages, playing with plenty of fire and passion, whilst reserving a flowing lyricism for the adagio show tune ‘Somewhere’. The suite’s closing passages were beautifully rendered, evoking a powerful wistfulness as the ‘Somewhere’ motif returns, transfiguring into serenity, a fitting tribute to the orchestra’s inspiring founder, whose own life had touched so many others’.