The Philharmonic Orchestra, Singapore : I Hear the Water Dreaming 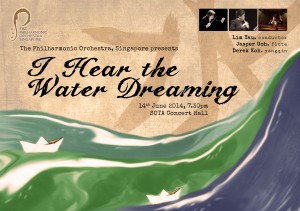 I Hear the Water Dreaming

(4 Inkpots out of 5)
It’s so rare to be actively challenged at concerts nowadays, with ensembles sometimes eschewing the (relatively) unknown for more palatable fare, with an eye firmly on the bottom line. This concert, the first of an Asian composers series, certainly did not shy away from the less familiar, and if at times it may have had its longueurs, at least it was always stimulating. 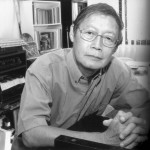 ‘Dayong Sampan’ Overture, written in 1980, may now be a standard ‘Singaporean’ piece, but it is not without its problems. The name comes from a Malay traditional folk tune, but rather than sticking to it, the piece starts off with menacing-sounding rumbles from the brass and percussion that would not be out of place in a Nordic composition. The predominantly cheerful, pentatonic folk-tune appears somewhat incongruously, among all this distant thunder and omens of choppy seas.

Lim Yau’s slightly more manageable tempo revealed more orchestral detail; unfortunately this was at the expense of propulsion and excitement, which could have helped surmount the abruptness of the thematic transitions between the folk tune and the dramatic, slightly gloomy narrative of the rest of the piece, with the coda feeling especially tacked on. 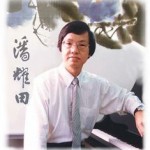 The second work, a concerto, 望江南 (wàng Jiāngnán), featured the Chinese instrument, the yangqin. Often employed because of its chromatic ability, the yangqin, like the pipa, originated from Persia and is a hammered dulcimer, played with bamboo hammers with their tips covered in rubber. It premiered under Lim Yau and the Singapore Symphony Orchestra, with the Shanghainese soloist Qu Jian Qing, and clearly Phoon (right) knew his soloist’s strengths and weaknesses well, delivering a part which required much energy and dexterity. Soloist Derek Koh, who played recently in the Metropolitan Festival Orchestra’s performance of Lord of the Rings: The Two Towers, despatched it with ease. The first movement was reminiscent of the latter half of the well-known piece 将军令 (jiangjunling, The General’s Command) in its repeated notes, which traversed the whole instrument’s range, though here, again, I felt a faster tempo might have brought out the virtuoso elements more. The second, a rhapsodic slow movement, was beautifully orchestrated, and had a dream-like quality to the music that I found rather attractive. Here the instrument’s more lyrical qualities were explored. Derek Koh could have been freer with the music here, but Lim Yau had the full measure of it and kept a tight rein on its proceedings, as he did for the moto perpetuo-like last movement, where a full array of instruments, including bass drum, were unleashed. Musically, I wish that Phoon had a stronger narrative thread linking the movements together.

Toru Takemitsu’s ‘I Hear the Water Dreaming’ for Flute and Orchestra was the first piece after the interval. The water was probably dreaming of Debussy’s ‘La Mer’, with much reminiscent of the French composer’s seminal work, with many of its half-lights and glints of sunlight off the waves. Takemitsu even also uses two harps here. Somewhat similarly to Prelude a l’apres-midi d’un faune, this piece featured flute soloist Jasper Goh, who was pushed in ceremoniously on a wheelchair, with his right foot on a cast. Thankfully this had no impact on his playing, and although there wasn’t much of the shakuhachi as advertised in the program notes, his playing in this well put-together piece was deliciously sensuous and perfumed, langourous and dream-like, and Lim Yau’s carefully balanced account of the orchestral part showed the Philharmonic Orchestra off to best advantage. 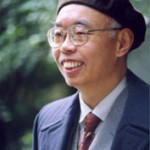 The final piece was the surprise of the evening, though, showing that there is so much to be discovered in music, if one only knows where to look. A tone poem in four concise movements, ‘A Wonder of Naxi’ by Zhu Jian’er (left) should be more often played. He not only has a strong grasp of orchestration (to be expected, having studied at the Moscow Conservatory – one wonders who his composition professor was), but a strong narrative runs through his music, making it accessible and easily grasped. The saxophone in the entrancing ‘Water Dropping In Brass Basin’ was an inspired touch no doubt influenced by Ravel’s orchestration of Mussorgsky’s Pictures (or alternatively, Bolero), the second movement, entitled Bees crossing a River, juxtaposed a pentatonic buzzing rhythm influenced by Rimsky-Korsakov (check out the piano part) against a sinuous torrent of orchestral sound, the third had Lim Juan and Chan Yoong-Han play the mother and daughter respectively in a movement which also played with microtones and Chinese musical inflections, and the fourth closed it all triumphantly with a full orchestra which included Chinese tuned drums (排鼓 paigu), a restless energy that wouldn’t have been out of place in Stravinsky’s Firebird, allowing the orchestra to really go all out and show off its players a bit.

A rather uncompromising program, which may have cost the orchestra ticket sales – the hall did not even appear half-full – but which cemented its place in Singapore’s sometimes conservative music scene. The Philharmonic Orchestra play again in October, with Debussy’s Prelude a l’apres-midi d’un faun and La Mer. Somehow, I don’t think they will have any problem with that.