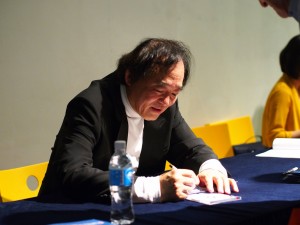 When Festival organiser Lionel Choi broke with tradition and gave a short speech before the concert, he imparted a momentous sense of importance to this year’s Singapore International Piano Festival (SIPF). The Festival turns 21 this year, which in Singaporean terms is the age of independence and maturity, and happily, there has been much to celebrate. Over the past two decades the SIPF has established itself as one of the premier music festivals in Singapore and the region, and curating the Festival must have caused the organizers many sleepless nights year after year. Yet, looking back at the roster of past performers — helpfully summarised in this year’s programme — one has to marvel at all the talent that had passed through our halls. Several pianists would otherwise never have set foot on our island without invitation by the SIPF ; some we may never hear again; and recently many young ones whose potential was witnessed by our audience even before the international scene got wind of them. All in all, we can very confidently say that this Festival, from its earliest stage as a pianophile’s dream, to its current maturing stage, has been a success, and in time we hope it will continue to be one of the stellar piano festivals in the region.

Lionel Choi opened the Festival with a nod to the piano-technician-in-residence to the SIPF, Mr Walter Haass, who had flown over from Perth every year for twenty years just to make sure the pianos and pianists sound their very best for the four nights. Then, the floor was turned over to the star of the evening, South Korean pianist Kun Woo Paik, now based in Paris. Paik is already a revered name in piano circles, having assimilated an extensive repertoire that stretches from Beethoven to Busoni, and recorded complete cycles of the Prokofiev concertos, the Rachmaninoff concertos, the Beethoven sonatas, and complete Ravel piano works, among other standard warhorses by Liszt, Scriabin, Bach-Busoni, Chopin and Fauré .

Tonight, however, Paik chose to play an entire recital of Schubert, and only the shorter works at that: namely three Klavierstücke (piano pieces), three Moment-Musicaux (musical moments), and four Impromptus. Why such a light programme, one might ask? A cursory look at the notes shows he did a mix-and-match with the pieces instead of playing them in ordered sets. Only after sitting through the entirety of the concert, can one realise the genius of this deceptive array, which turned out to be anything but random. Paik, in a method practised by some of an older generation of pianists — Lipatti’s Chopin waltz cycle comes to mind — had very carefully arranged the pieces in a specific order so as to convey a continuous musical mood and idea from start to finish. Nothing was left to chance: Lionel Choi announced that Paik had requested the audience to withhold applause until the end of the concert, a sign that a single musical idea was to be borne to fruition in the course of the evening. 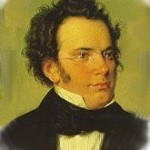 Like a menu by a seasoned Michelin-starred chef, there is method to the madness in Paik’s recital program. Beginning with the whimsical Impromptu No.1 in C minor as an amuse-bouche, Paik tested the acoustics of the SOTA hall with artful precision and careful changes of harmony, coupled with judicious pedaling. The SOTA hall, as I noted in a previous concert review, is entirely paved with wood on the floor and the sides; with no heavy drapery to absorb the sound, the hard wood amplifies and reflects everything — good and bad — into the audience. While this may not be entirely desirable for an amateur musical ensemble where ugly sounds cannot be hidden even within tuttis, for a pianist of Paik’s calibre the hall works to enhance his performance. Every slight nuance was displayed with relish, and the small capacity of the hall (seating capacity only 700, including a small circle) served to create an intimate atmosphere perfect for Schubert’s smaller works, which were meant to be played at a small gathering of friends in a drawing room anyway.

Satisfied with the acoustics, Paik proceeded to build line and tone one upon the other through the Moment musicaux No.2 and No.4, contrasting fast with slow, rambunctious with the placid, measured with the spontaneous. The Impromptu No.3 in G-flat major was a brief meditation upon a rippling bass, and it was during this piece that the tide turned from good to better. With the Impromptu No.2 in E-flat major that followed, Paik seemed to suddenly pull out all the stops, with every engine revving and roaring, so to speak. The Impromptu shone and sang, and Paik, who had shown nary an expression on stage so far, smiled beatifically as the left-hand voice emoted tenderness beneath the running notes in the right hand.

With the Klavierstuck No.1 and No.2 — the two most emotionally-charged pieces — Paik reached the climax of the evening. He conveyed the drama and angst of these late works with aplomb, calling upon an inner poetry and thunderous sonority where Schubert wisely did not succumb to the empty technique. Even though I have not heard Paik’s Beethoven, I can imagine him being a convincing advocate for the latter’s piano sonatas, and indeed some parts were Beethoven-esque in their execution. After the storm subsided, Schubert’s Impromptu No.4 in A-flat major followed like a light scherzo, a fluffy dessert after the main course if you will. The last piece for the evening, the Moment musicaux No.6 in A-flat major, eased and soothed the mind like a fine coffee after the meal, thick and aromatic, yet not too cloying nor sharp.

After the last note of the concert ended, Paik remained in his pose for far longer than any other concert pianist might have wont to. For half a minute the audience was left in silence, hands at the ready to applaud but not wanting to break the reverent spell that Paik had woven. Finally it was the pianist himself who brought everyone back to earth by relaxing his arms and allowing the multitude of curtain calls. The enchantment was over. Paik did not offer an encore, but after savoring the ninety-minute long perfectly-executed degustation, any further servings would have only insulted the senses.