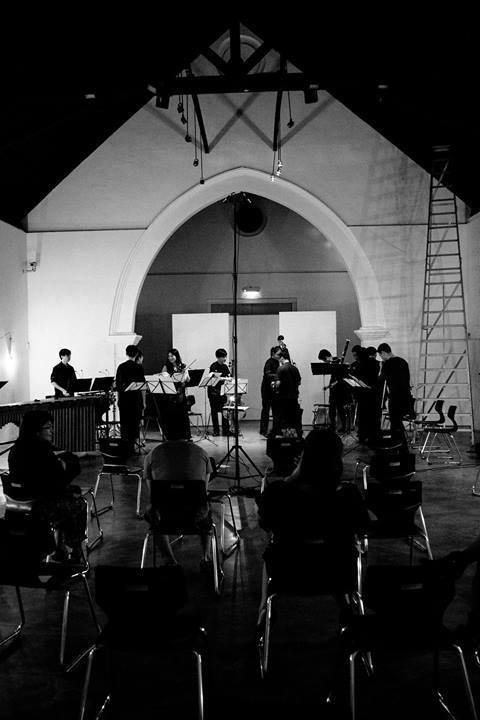 ention “new” or “contemporary” in the context of Western classical music, and often the image of a strange, jarring jumble of sound comes to mind. A fair generalisation, given that a lot of postwar classical music output, barring film music, appear to focus on rejecting the formal structure, tonality and rhythm that had been passed down by the “classical masters” and which audiences had grown comfortable with. Indeed, cellist Julian Lloyd Webber had felt threatened enough to proclaim, as recently as the 1990s, that “tonality and harmony had become dirty words” (Davos World Economic Forum). Yet, that is perhaps too hasty and simplistic a view of contemporary music.

Music, like its cousins art and literature, is a dynamic reflection of the wider collective landscape of the human conscience: in other words, the arts are a mirror of the times. Since its recorded origins in the 16th century, “classical” music — itself an arbitrary label — has moved in parallel with the successive philosophical and artistic movements that shaped modern Western civilisation. In the 20th century, composers had only started to challenge the conventional confines of music, even as the literati and artists had already gotten over Romanticism and started the Modernist and Postmodernist movements. A new age was upon us, and like those who came before, composers sought to revolt and react against the established norms of a past age, with the soundscape of what was considered modern. Disillusionment at the status quo and empowerment of the individual added to this heady mix of reinvention: music was written to protest and question, and to provoke a visceral reaction that was not necessarily pleasant. Old rules were broken; new ideas were born.

The American composer Charles Ives rode on the cusp of that revolution. An early work, “The Unanswered Question” of 1908 (revised 1930-35), juxtaposes disparate tones and rhythms in what would become his signature style. Against a string choir, a solo trumpet asks “the perennial question of existence” to which dissonant woodwinds give shrill and increasingly frustrated answers, until the final question goes unanswered. To this end the Addo Ensemble, after an initial problematic intonation that was quickly resolved, gave a credible performance. The mysterious strings evoked an incorporeal “cosmic landscape”, while Edric Liew on the trumpet was insistent and unwavering in his questioning. The woodwinds became more distressed toward the end, creating the required tension before finally abandoning the stage, letting the audience contemplate the nothingness of infinity amongst the strings’ “Silence of the Druids”. 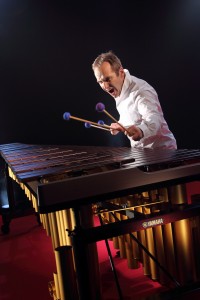 It might come as a surprise that the least dissonant offerings of the evening were the three works written after 1990. A new breed of musicians composing in the 21st century, transcending the fastidiousness and atonality of 20th-century music, have begun writing more palatable and eclectic works for an attention-deficient “pop”-derived culture that demands instant recognition and gratification. The Addo Ensemble presented three contemporary repertoire for solo instruments: ‘Ilijas’ for the marimba, ‘Divertimento’ for flute and viola, and ‘Parts’ for flute.
Serbian composer Nebojsa Zivkovic (pictured, left) is an actively performing marimba virtuoso, which explains the high level of control required to play ‘Ilijas’, titled after a town in Bosnia. The arpeggio flourishes and central folk themes are all very tonal, with only the chromaticism and shifting meter inherent in Balkan and Central Asian music. Tan Loke Chua gave a beautiful, if somewhat muted, performance on the marimba. Perhaps, harder mallets and a more purposeful delivery would dispel the lingering sense of uncertainty that came after Ives’ much more emotionally-powerful opener.

‘Divertimento’ and ‘Parts’ both utilise unusual playing techniques: strumming on the viola, and vocalising at the same time as playing on the flute. Nevertheless, after John Cage’s prepared pianos opened the eyes of the musical world, unorthodox playing techniques now seem par for the course and are more curious than revolutionary. American composer Paul Hayden’s ‘Divertimento’ pays homage to the Louisiana Creole fiddler, Canray Fonteno, and requires the violist and flautist to alternately play solo parts and in unison, each part contrasting in rhythm and colour. Somehow, the performance felt underwhelming and the instrumentalists did not coordinate tightly enough to create the tension called for in this piece, even though individually they managed their parts quite well. Singaporean composer Chung Shih Hoh’s ‘Parts’ fared better, and flautist Terence Teow managed to create the illusion of two voices tearing at each other, as they tried to escape the physical limitation of being performed by the same mouth, at the same time. The performer moved around the stage as he played, breaking the barrier of spatiality. It is at moments like this that we truly sense the ability of contemporary music to create an abstract sonic realm where, like Dali’s melting clocks, time and space hold no meaning. 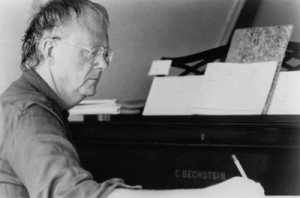 The concert ended squarely back on 20th-century territory with ‘Workers Union’ by Louis Andriessen, considered one of the most influential Dutch composers of our time. His 1975 work is written “for any loud sounding group of instruments”, where within the confines of notated rhythm, the exact pitch of each instrument is not defined. The experimental nature of this piece, with instructions that call up random variables, ensures that every performance would be undertaken differently, yet holds true to the composer’s central idea. The aggressive cacophony of voices resembles a real-life workers’ union, with everyone shouting in dissenting voices, directed by a representative but as a whole going nowhere. During the 20-minute-long piece, various voices get louder then drop off as they fatigue, and new ones join in afresh, barely audible above the din yet contributing to it. The ensemble was held together tightly by conductor Clarence Tan, whose direction grew desperate as the session wore on, resorting to throwing pages off the stand instead of flipping them over, until the final bar, and…. yes! the audience can applaud now (a short note was placed on every chair with the exhortation not to clap until the last piece ends).

What an evening. Addo Ensemble paid homage to two giants of 20th-century music, while introducing new 21st-century works. The ensemble prefaced each work with a short haiku-like recitation, presumably self-written; this performance detail, together with the bare interior of a converted church for a venue, and the ensemble’s appeal for the audience to reserve their applause, gave the entire concert a reverential, austere atmosphere not unlike that of a performing-arts installation. It was a strangely eerie, yet transformative experience for the uninitiated, adding a raw, reactive dimension to experiencing the music. Although at times I’d wished for a more aggressive sound just to push the audience’s buttons, Addo Ensemble had exceeded my expectations of presenting an evening of “new music”, which translate poorly onto recordings but are really very exciting when experienced “live”. Unfortunately many of Singapore’s mainstream musicians and concert-goers prefer the familiarity of pre-20th century music, so it must fall on groups like Addo to take up the gauntlet of pushing the frontier of the local music scene. For if we allow music to rest on the majesty of a past age, it will lose its relevance to our time, and society will lose an important beacon of progress.