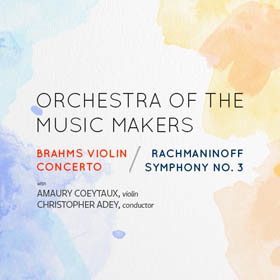 With neither big-name soloist nor a wholly popular programme, this concert risked being overshadowed by that of Gil Shaham’s scheduled for the next day. But for the Orchestra of the Music Makers’ dedicated following and those who were willing to attempt the unfamiliar, it proved to be a rewarding concert in its own right. Under Principal Guest Conductor Christopher Adey, the orchestra turned in reliable performances of Rachmaninoff’s Third Symphony and Brahms’s Violin Concerto, the latter featuring French violinist Amaury Coeytaux as soloist. 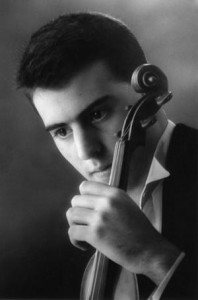 The evening began with the Brahms Violin Concerto, a notoriously challenging work that requires a soloist of uncommon skill and interpretive insight to be successfully rendered. Coeytaux has impressive technique with a prodigious dynamic range – but it was his discerning artistry, combined with an instinctive feel for Brahms’ phrasing, that distinguished this performance. There was sentiment without mawkishness, strength without bombast and at every turn an acute understanding of how the solo part interweaves with the orchestral accompaniment. The pathos of the soul-searching Adagio was fully realised, as was the gypsy flavour of the finale, which danced with elegance and suppleness. Adey and the orchestra accompanied him to the hilt with sensitive contributions throughout.

Rachmaninoff’s three-movement Symphony No. 3 was approached with tempi slower than usual. While this revealed an uncommon grandeur in the tutti flourish, it soon proved too much for the concentration, with the lyrical cello tune descending into drowsy ambivalence as languor was emphasised at the expense of natural rhythmic fluidity. Despite this, the orchestral sound was well-upholstered and the lushness of the strings – so crucial for this work – was a treat. A greater sense of movement was found in the development section, even if still missing the vitality needed to convey the sense of overthrown expectations. But there were shattering climaxes when the music called for them, and the last climax of the development section was especially affecting.

Slower tempi enabled Adey to harness the wistfulness in the Adagio sections of the central movement, which combines Adagio and Scherzo in one movement. Rachmaninoff’s consummate skill in selective orchestration certainly registered, with Adey coaxing beautifully nuanced lines in the solo writing and drawing notable contributions from flute, harp and violin. All the nerve that was wanting in the middle of the first movement materialised in the Scherzo section, where incisive playing and excellent articulation lent it a precipitous quality. One wishes that this rhythmic drive could have been sustained through the finale, but as it was, the orchestra seemed to be conserving all their energy for the very end: no number of iterations of the Dies Irae in the intervening episodes could have hampered the unexpected burst of energy, which brought the evening to a life-affirming close.