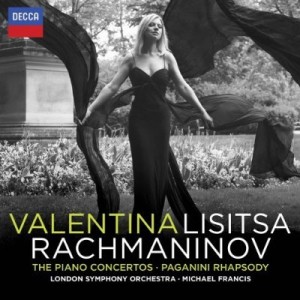 Valentina Lisitsa is today considered a YouTube sensation, but long before that happened, in 2007, Dr Chang Tou Liang, then festival director, brought the Ukrainian pianist in for the Singapore International Piano Festival (review here), which I reviewed. Then, I found her technique sensational, though I wondered if there could have been perhaps too much virtuosity for her own good.

Six years have passed and I was curious how she has developed, especially since there have been varying reviews regarding this recording.
While these intimately-scaled, urbane, agile accounts of the concertos are pianistically technically excellent, with the overall fast choice of tempo making Lisitsa’s accuracy all the more impressive, they often remain on the surface of the music, eschewing the darker side of Rachmaninov – and one doesn’t have to search hard to find that dark side – that music-lovers listen out for.

The best of accounts establish the mood of the concerto from the very first notes – listen to Sviatoslav Richter in the opening of the second concerto, for example. Here Lisitsa comes across as slightly bland. She’s very good in the first concerto, which doesn’t harbour as many dark thoughts as the second or third, or as many romantic excesses, where she moves the music along nicely and is particularly impressive in the cadenza. The fourth finds her in great form as well. But in the second and third concerti, I wished she would allow a little more rubato in the outer movements, more gentle phrasing to explore all that emotion in the music and let it sing – for example, the lyrical parts of the second concerto’s first movement (whose opening chords she incidentally arpeggiates), where she sometimes pushes the music a little more quickly than perhaps it should.

With such virtuosity in her hands, I wish Lisitsa would have pushed herself a little beyond her technical comfort zone in the more difficult music – there is a point where digital accuracy becomes boring if not stretched – and she never seems stretched. There seems a deliberate attempt to move away from virtuosity which is probably good-intentioned, but in parts of the third concerto, for example the finale, that comes across as merely pretty. The Paganini Rhapsody finds her in particularly good form, and with the first concerto, it is the best performance in this set and very enjoyable from start to finish. 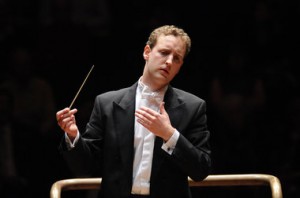 The London Symphony Orchestra play well and give tight, lovely support to Lisitsa under Michael Francis (right), but the young UK conductor doesn’t add any insights to the music and his role remains mainly supportive. Efficient, clear-headed conventional accounts of these great works, then, but those who want something more special, with more probing, emotional involvement should look elsewhere – especially extremely on-form Richter in the Second concerto and Argerich in the Third. For a complete set, go for Earl Wild and Jascha Horenstein with the Royal Philharmonic Orchestra.