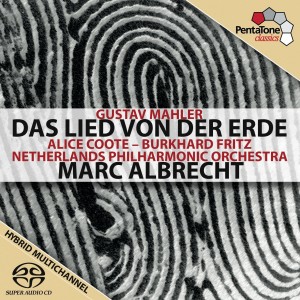 It’s apparent from the first crackling bars of Marc Albrecht’s (pictured right)
Das Lied von der Erde that this is going to be good. The Netherlands Philharmonic Orchestra yields to none in familiarity in the music and the German conductor’s way with the music is fresh and full of life and yet not eccentric. Add Burkhard Fritz’s thrilling Heldentenor to the mix in the opening ‘Das Trinklied vom Jammer der Erde’ – not quite as neurotic or sarcastic as Peter Schreier, but then who is? – and you have potentially the makings of a top-notch performance. He’s texturally sensitive (listen to the way he brings out ‘Freude’, for example), but isn’t arch and doesn’t overemphasise it. Notice the way his voice displays not a hint of strain at the episode where he spots the ape on the grave in the moonlight. Only the final chord feels somewhat calculated.

British mezzo-soprano Alice Coote’s (b. 1968) smaller voice is just dark enough for this music, her breath control excellent. In Der Einsame im Herbst she emotes less than luminaries before her such as Christa Ludwig and Janet Baker but manages to be no less affecting. Albrecht brings warmth when it’s. There could have been more urgency at ‘Der Herbst in meinem Herzen währt zu lange’, but she brings sufficient weight and warmth to ‘Sonne der Liebe, willst du nie mehr scheinen’, only to bleach her voice again at ‘mild aufzutrocknen’. Lovely. 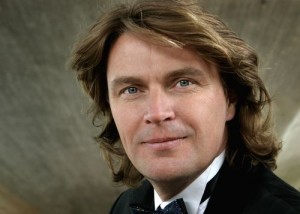 So far, so good. In ‘Von der Jugend’, Fritz (right) continues this streak in a winning performance of the tenor part – not as conspiratorial as the protagonist as played by Julius Patzak (whose version always brings a smile to my face). When I think of the part I think somehow of Ping, Pang and Pong from Puccini’s Turandot – a bit of a smile, a little sadness. There is a lot of humour in Mahler, and Fritz somewhat misses this here (try Öhmann in the Schuricht recording). Albrecht’s performance is straightforward, not as nuanced as some, not as smiling, but it works.

‘Von der Schönheit’ is a test of the orchestra and mezzo alike. Coote brings appropriate sensitivity, her version more regal, more like a weary Erda than a sultry Venus looking on the maidens picking their flowers. Listen to the teasing manner Janet Baker sings ‘neckerein’, absent here. She’s very comfortable – perhaps a little too much so – in the central episode with the horses, with good support from the orchestra, but in the final phrases seems to run out of breath just a little. She colours the music, but is resolutely un-erotic in her delivery of the last stanza, which I’ve always considered one of Mahler’s most affectionate. The orchestra play exquisitely here.

No surprises in ‘Der Trunkene im Frühling’, where Fritz follows in the footsteps of Fritz Wunderlich and James King in a straightforward delivery, but has to yield to them in terms of same ease – the last phrase, for example, has the other two tenors showing off their voices. His drunkard is comparatively sober, the central repose breezed through rather than savoured. I thought he could have characterized his voice more here. 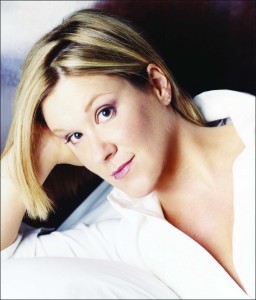 At 29’52”, Albrecht’s ‘Der Abschied’ is one of the faster accounts of the vast final song. World-weary readings abound, but those which speak to the heart are few. Alice Coote takes a step back from the usual heart-on-sleeve approach and while I think this this is valid approach, I prefer the more directly communicative versions of Janet Baker and Fischer-Dieskau. There are parts where the score specifies ‘ausdrucksvoll’ (with expression), where she shies away from the emotion behind the music, for example, ‘Ich geh’, ich wandre in die Berge’. Albrecht’s conducting here also falls short of the best, with the pure orchestral parts coming across as somewhat calculated – from without rather than from within. She keeps to a rather narrow dynamic range here too, which for me restricts the emotional range as well; in addition her rather unadorned voice can’t compare to the vocal beauty of Christa Ludwig, for example.  There are versions where the mezzo carries you through the last movement in one single narrative. I didn’t feel Coote succeeded here in plumbing the depths of this movement.

All in all, this is a very good version of the Song of the Earth, and one of the better ones we’ve heard in the recent years, but I cannot call it an overall top recommendation. As an emotional connection, I would still urge everyone to listen to Jascha Horenstein’s performance (it converted me to this wonderful work), otherwise Kurt Sanderling’s is a top stereo recommendation. Also make room for Schuricht’s idiomatic, emotional performance from 1939, which for me is underrated and deserves to be considered above all the Bruno Walter performances.