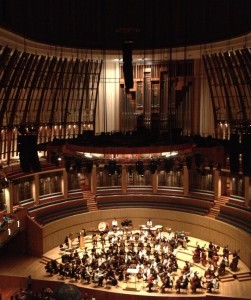 Beautiful Sunday – Shall We Dance?

Let it never be said that there isn’t a viable market for classical music in Singapore – given the right time (a Sunday afternoon), the right venue (the excellent Esplanade Concert Hall) and the right price (free), one can fill up a concert hall without having to try too hard. This afternoon’s program by the National University of Singapore Symphony Orchestra (NUSSO for short), conducted by Lim Soon Lee was an attractively put-together potpourri that juxtaposed the familiar (good ol’ Sleeping Beauty Waltz) against the less well-known (Shostakovich’s ‘The Gadfly’) and the plain odd-ball (Johari Salleh’s Simfonieta Compaskasari), each in its way reflecting an element of the dance. 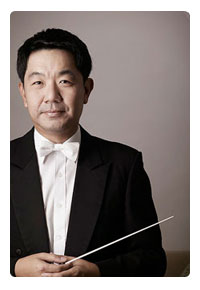 The orchestra fared well in an urgently paced Overture and Galop from Shostakovich’s Gadfly, with excellent attention to dynamics, though Lim probably missed the Russian composer’s more sardonic undertones. The Tchaikovsky was played with much gusto and charm, albeit with less accuracy, and a hapless glockenspiel who always seemed just off sync with the rest of the orchestra (courage, girl!), unfortunately repeated in the ‘Dance of the Yao People’, though she seemed alright on the xylophone. The balance strongly favoured the strings, which fairly dominated the proceedings to the detriment of the brass and winds.

Spirited playing informed the younger Johann Strauss ‘Long Live the Magyar!’ polka, but despite best intentions eluded the last movement of Beethoven’s Seventh symphony, where technical difficulties, in all sections but especially the brass, placed this out of reach of a meaningful interpretation. The passage leading up to the coda was especially untidy.

Gounod’s cheerfully tuneful music from the opera ‘Faust’ was well-characterized and the players looked like they were having fun. Some pitch issues bothered the horns in the ‘Dance of the Trojan Women’, though some very nice clarinet playing was heard here, and there were times where I wonder whether Gounod could have been a little more circumspect about his writing for the triangle, who was a little too present. Johari Salleh’s medley of Malay folksongs was, as mentioned, the odd-ball piece of the afternoon, with ominously orchestrated horns, but also a drum set and a synthesizer – interesting but not very memorable material. The orchestra’s last piece was the tuneful ‘Dance of the Yao People’, now much more frequently heard in Chinese orchestra garb, despatched with enthusiasm and with quite lovely playing from the strings and winds, but hampered by patchy brass work, especially toward the dramatic end of the short piece, and an off-day glockenspiel. The very game audience clapped along with pleasure in the orchestra’s encore piece, the Radetzky March, with the mandatory conduct-the-audience move from Lim Soon Lee – with attention to dynamics, no less! – a fitting end to a concert celebrating the dance.