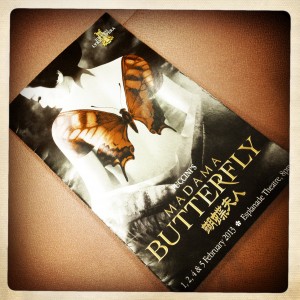 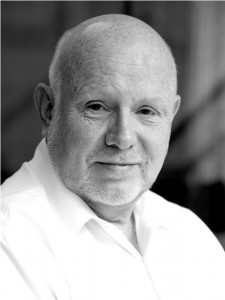 Madama Butterfly has been staged by the Singapore Lyric Opera no less than three times now – unfortunately, this sell-out night is the first Butterfly by the SLO that I’ve had the pleasure of watching.

Andrew Sinclair (right) has proven time and again to be an effective director, and this production had all the virtues of his previous efforts – humour, simplicity and humanity.

Several factors helped make this performance moving and unforgettable. First, the music. Joshua Tan Kang Ming’s (see below) leadership of the orchestra was confident, tending toward propulsion of the music. In the first act he could have sometimes savoured the music and indulged his soloists a little more, but the second and third acts were generally well-paced, though there could have been in some places greater tension, greater dialogue between the voices and the orchestra. In the strings, especially, he achieved a real symphonic ebb and flow, not surprising given the collective experience of that section. Solo contributions were expertly handled, and in Cio-cio san’s death scene the fury wrought up (especially in the pounding timpani and those last passages) was nearly expressionistic. 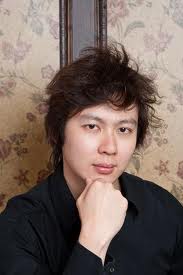 The extremely simple set – a basic traditional single-storey Japanese home with sliding doors veiling the proceedings behind from those in the foreground – served for all three Acts. Props – mainly furniture – were reduced to chairs, emphasising the starkness of a woman alone.

All these set the stage for a production that cut to the heart of the opera. Japanese soprano Mako Nishimoto, from Shizuoka, and Spanish tenor Israel Lozano were especially well-cast, with an especially believable on-stage chemistry.

If in Act I Nishimoto’s voice didn’t particularly evoke a fifteen year old’s (in higher tessitura her vibrato verged on the uncomfortably wide, compared with others who have essayed the role before her, such as Callas, with her ‘little girl’ voice), her shorter stature and shy gestures did.

Naïveté comes built-in with Cio-cio san and she brought it out admirably, which is important to the audience’s believing that she, as Sharpless says, believes in Pinkerton. Her medium-sized, attractive voice bloomed in Acts II and III, where she rightly carried the show without ever overstraining it with hysterics. But it was in her extra-vocal gestures, the gossamer actions and how she conveyed her emotional and physical fragility that Nishimoto shone. It would be remiss not to mention ‘Un bel di vedremo’; Nishimoto worked it organically into the piece rather than making it the show-stopper that it can sometimes be.

As a side note, it was a pleasure not to have a ‘painted-face’ Cio-cio san, which makes sense, since she’s given up her life as a geisha, never to return to it.

Her paramour, Pinkerton, cut an especially dashing figure with his lieutenant’s uniform and his boyish charm. The role is, to put it mildly, not one of opera’s most rewarding – with not much character development, no spectacular stand-alone arias and yet a lot of singing in the higher part of the voice. Vocally Lozano outshone Nishimoto’s in terms of vocal security, freedom and sheer abandon of his high notes. His Italianate phrasing, ardency and urgency made it easy to believe that he was actually in love after seeing Butterfly rather than simply being the scoundrel that he otherwise was.

Their Act I duet (was Puccini playing tribute to Wagner’s Liebesnacht here?) was needless to say, absorbing and there were sparks aplenty, moving this reviewer to tears.

Though they don’t get as much ‘screen time’, the supporting roles are at least as important, and these were spectacularly cast. As Sharpless was John Antoniou, sympathetically played to the hilt – you could sense his moral dilemma knowing that Pinkerton had no intention of keeping Cio-cio san as his only bride. Anna Koor as Suzuki, mother and friend at the same time, was similarly strongly played and in good, dependable voice, as was Lemuel dela Cruz as Goro, in a bit of luxury casting.

Count the show stolen, though, by the charismatic boy, Andrei David Rasmussen, playing Cio-cio san’s child, Sorrow, whose patently believable acting (well-drilled, no doubt, by the director) had grown women (and some men too) squealing ‘so cute!’ all around me, even if he did look closer to six or seven years old than just three.

The chorus made up for their lack of stage time with their dazzling array of costumes (by the late Kenneth Rowell) when they did in Act I, accompanying Cio-cio san up the hill, as well as their confident singing, especially haunting in the dreamlike humming chorus, during Nishimoto kept absolutely still in her wait for Pinkerton.

It was, then, a night of great contributions from all involved. But make no mistake; when the final curtain came down, with the last tragic chord, there was no doubt in anyone’s mind that the evening belonged to Nishimoto’s Cio-cio san. 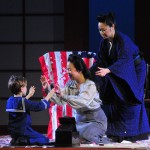 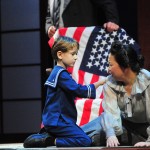 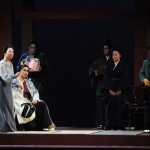 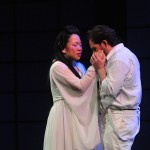 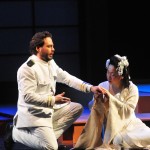 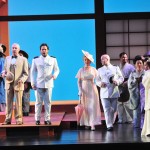 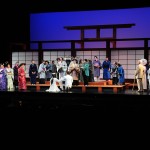 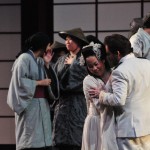 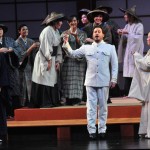 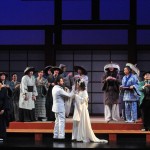 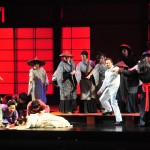 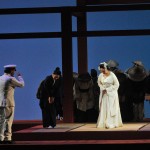