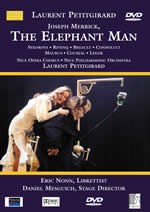 Pietro Antonio Locatelli was an important violinist of note who toured Italy as a travelling virtuoso. Tutored by Corelli until his death, he joined fiddlers like Viavldi, Tartini and Veracini as the pioneers in developing new performing technique for the violin. The L’arte Del Violino (’12 Concerti cioe Violino Solo con 24 Cappricci, Opus 3′ appended for full title), translated as The Art of the Violin, is his most important work, a set of twelve violin concertos which is essentially a thorough summary of violin technique exisiting at that time.

The novelty of the set of concertos lies in the ‘capriccios’ that are attached at the end of every first and third movement. It is the equivalent of the cadenza of the modern concerto, a very long solo etude that is choke full of technical difficulties. The capriccios may not bear thematic similarity to the rest of the movement – what actually matters is the exploitation of technique here, such as rapid arpeggios and playing in the high positions. The concertos are amiable music in their own right, disregarding traditional form and structure often for the sake of musical expression, but it is with the caprices that these works prove to be an important document in the chronicle of the violin music history.

Listening through the first six concertos as performed by Mela Tenenbaum with Richard Kapp in one sitting , I am left quite unhappy about the way the music is played; I am afraid that her interpretation is in violent disagreement with my taste or how I think the concertos should be performed. A Historically Informed Performance is not necessary for me to be satisfied with the music, but I feel that Tenenbaum has chosen an inappropriate style that is too personal for a baroque performance.

The performance is marked with quirky effects and awkward phrasing that should not, in my opinion, appear in a baroque concerto. The orchestra play the tutti parts in a jumpy manner and with a thin sound, and the solo violin parts are played in a very exaggerated way. Melody lines are treat with distastefully wide vibratos and overly thick tone, and many parts in the various concertos are disrupted by the use of hard and biting staccatos attacks instead of a flowing legato phrases or opting for more gentle stopped-bow notes. I also dislike the very deliberate way the multiple-stopped notes are done by both the orchestra at the beginning of the first concerto and by Tenenbaum in her parts. It all makes for a very harsh reading of music that is supposed to be more pleasing.

Things get even more out of hand when it comes to the cadenza part. The first cadenza starts off with a sustained note far longer than its value in the score, and within the next few seconds Tenenbaum sets off on a roller-coaster accelerando, the sort which takes off only at the last moment with no advance warning to reach a ridiculous speed in contrast with the tempo a few moments ago, very suddenly like a flash of lightning hitting you full in the face. The music will then slow down to a halt immediately, only to have the process repeated (listen on and I realise that this is not a freak incident; almost every cadenza is marked with this ridiculous effect). Not only are the tempo and rhythm subjected to wilful changes, the volume also varies as suddenly between the two extremes. Rubatos are heavily employed, strangely more so in the cadenza section then the tutti parts. All in all, everything is made a dramatic event, making me cringe and wishing for a less tedious listening experience.

The cadenza is, in short, unashamedly played in the style of the cadenzas of the romantic concertos. No doubt the cadenzas are written with the intent to impress, but in my opinion certainly not in the way modern violinists play in the bravura fashion devilishly tossing off the Tchaikovsky concerto cadenza in a capricious manner. Coming back to the orchestral parts after the end of the cadenza, a disjointed feeling about the music is forced upon me. The direct line of the baroque style continuo writing contrasts drastically with the previous romantic-style violin cadenza played, and the two clash together uncomfortably.

Mela Tenenbaum has certainly taken too much liberties with the score and does not find favour with me with her interpretation. She gives no illusions that she does not have the baroque music-making tradition in mind when she goes about approaching these works. However, I think my reservation about this recording is that it is just not ‘representative’ of the music rather than its non-authencity. It is so odd to hear rubato playing all over the place in a baroque concerto, particularly when it is is a violin concerto. With the violin being essentially a single voice instrument (even though the melodies are supported with multiple stopped notes), there is no rhythmic pulse to hold the music together and the whole cadenza is in constant danger of falling apart altogether. The concertos as a whole would probably sound more like the charming pieces they are, and the cadenzas will definitely be more scintillating, with a more faithful adherence to the score. Quite honestly, I cannot recommend this disc, if anyone is to believe me and trust this review.