I once named Dmitri Shostakovich (1906-1975) the 20th centurys most important composer. Before the scoffing and sniggering begins, I qualified that his music was most representative of the trials and tribulations of the last century, having lived under one of the most repressive regimes known in history and survived to tell the tale. Besides his compositional output, his legacy also lives on in the works of his students and countless Hollywood composers (who have imitated his style in movies about struggles against oppression). 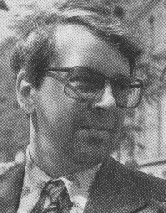 Boris Tishchenko (born 1939) was a student of Shostakovich, and like his master, was also influenced by the popular music around him. This is clearly heard in the five-movement Seventh Symphony, composed in 1994. Is it just me, or do I hear an echo of the Beatles song Blackbird in the insistent rhythmic figure played by the solo clarinet in the opening of the first movement? Or does the scherzo-like second movement sound like Golliwoggs Cakewalk on steroids meeting Lennie Bernstein at the Moscow Circus? Or is the finale a Latin American or Caribbean dance parade gone psychedelic, and careening off the tracks in rather spectacular fashion.

The shadow of Shostakovich also looms large in the slow third movement, which sounds much like a passacaglia, a favourite device of the masters. A plaintive and sinuous oboe solo provides the seed for an anguished cry dominated initially by the winds and brass and later taken over by slashing strings. The five-movement structure also brings to mind Shostakovichs Eighth Symphony, in which the seemingly light-hearted finale is emulated (subconsciously or otherwise?) in the fourth movement.

All of this seems to suggest that the work is hackneyed or derivative, but Tishchenko seems to me much more than a mere imitator. He just knows how to take popular motifs or ideas as a starting point, and builds around it. Mahler and Shostakovich were both masters at that, and this is more or less the means by which this rather absorbing 53-minute work is constructed.

This idiom is practically bread and butter for the Moscow Philharmonic Orchestra under Dmitry Yablonsky, and they deliver without exaggeration nor sentimentality. I cannot imagine it being performed more convincingly, and certainly not to be surpassed by a non-Russian orchestra. Recorded from a live performance at the Tchaikovsky Conservatory Grand Hall in 2002, the sound is vivid to the point of hair-raising intensity. The audience thankfully does not reveal much of itself until the final applause.

Quite coincidentally, Naxos has also issued a new recording of Shostakovichs Seventh Symphony, also known as the Leningrad. This is rather uncharacteristic of the budget label, given its one work one recording policy. Presumably this is to replace an older recording by the Slovak Philharmonic led by Ladislav Slovak. Its just as well because the new recording is far better than the last.  Dmitry Yablonsky (pictured right) and the Russian Philharmonic take a few minutes longer than the Slovaks, but manages to sound much less bloated and sluggish. As a performance on disc, it gives stiff competition to some of the best in the catalogue at this price range.

Heres a little history about the Leningrad Symphony. Shostakovich composed it in 1941 when his hometown was under siege by the Nazis. Almost a million inhabitants died in the 900-day ordeal, but Shostakovich (who was in the civil defence force as a fireman) and his family were whisked away to the safety of the East. The plight of the Russians was well known to the West and this symphony came to represent their struggle. Both Toscanini and Stokowski fought over the rights for the first performance after the score was smuggled via microfilm to the West in what sounds like a plot of a good spy thriller. Toscanini and his NBC Symphony won and the work became one of the most performed of the time. Popular opinion since then has however shifted drastically because of its overtly programmatic nature of the supposed triumph of Russia (read Communism) over its oppressors (read Fascism). Was it this the largest piece of musical Communist propaganda ever hatched? Or could it be taken seriously as pure music?

As pure music, it is still an impressive statement. Shostakovich is a master of symphonic development and communicates directly with his heart. The musical material is well sustained for the best part of 75 minutes (most performances take between 70 to 80 minutes, barring Bernsteins Mahlerian take that tops 85 minutes) and when performed right, it does not tire the listener. Overwhelm it certainly does, especially in the first movements invasion sequence when a particular banal theme (representing the Nazis) is repeated with increasing volume and stridency la Ravels Bolero for what seems to be an eternity. The Russian Philharmonic manages to generate a massive bloc of sound, and much credit will go to the brass section, which produces some of the fiercest snarls to be heard on disc.

The contrasts of slow and fast sequences in the middle movements are well projected, and there is a genuine sense of an epic unfolding before ones ears. The final movement also rises to the occasion; its buildup and final call to arms is a gripping affair, a subtle foil to the excesses of the opening movement. How are the somewhat controversial final pages of the symphony handled? As in the Fifth Symphony, the triumph expressed is a supposedly ambiguous one. Yablonskys steady, non-grandiloquent and unmannered approach views it as a victory of the human spirit rather than an ideological one. Politically correct for todays climes but nonetheless a totally valid one.

Bearing in mind other fine budget-priced recordings of Leningrad (notably Paavo Berglund on EMI Classics and Mstislav Rostropovich on Warner Apex), this is one recording I shall be returning to quite often.