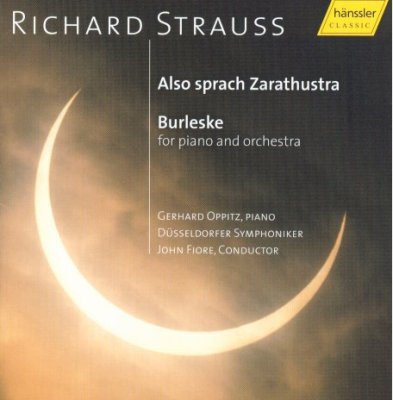 American-born conductor John Fiore’s new recording of Strauss’s Also sprach Zarathustra (with the Dsseldorf Symphony) is the latest in a long list of similar works. This version comes from a live performance in May 2002 in the Dsseldorf Tonhalle, and inevitably comparisons with the watermark performances by Reiner (RCA Living Stereo 09026 61494-2) or even Karajan (DG 439 016-2) and Kempe (EMI CDE 574756-2) are unavoidable. 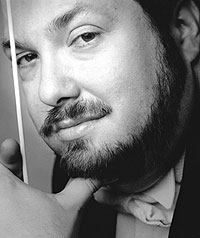 John Fiore (right, not to be confused with the actor from Law and Order) is better known as an operatic conductor than a symphonic one, one of his more recent successes being the Santa Fe world premiere of Bright Sheng’s opera Madame Mao. He has also been the musical director of the Dsseldorfers since 2000, and here his reading, for the most part, hits all the right marks and brings out the struggle in Strauss’s dichotomic writing – the contest between C major and B minor, for instance, so close in tonal proximity and yet so apart in character. Strauss’s own exposition Zarathustra was, of course, broadly adapted as a set of free variations, based on and arising from the opening “Ode to the Sun” motif, and even more loosely drawn from Nietzsche’s own philosophical treatise.

Long before Jerry Siegel and Joe Shuster invented the caped superhero in 1938, Nietzsche had already written a set of discourses and aphorisms entitled Also sprach Zarathustra (“Thus Spoke Zarathustra”). The Persian Zarathustra was the founder of the eponymous Zoroastrian movement, and tradtionally the first to profess the dichotomy and conflict between good and evil as one of the fundamental workings of the physical world.

The translation of morality into the realm of metaphysics found great resonance with Nietzsche, who went on to categorically reject the Christian ethic about resurrection redemption through divine compassion. Instead, he espoused a superior moral being who derived strength from the Dionysian lust of existence, affirming famously that “God is dead… I give you the Superman!” Richard Strauss himself was not unsympathetic to these ideas, and would later on, go so far as to dub his Alpine Symphony as “the Anti-Christian, because in it there is moral purification by means of one’s own strength, liberation through work, worship of glorious, eternal nature.”

The famous “Ode to the Sun” sequence here, curiously, lacks the volume and gravitas which one might reasonably expect from a modern digital recording, almost as if the producers were reluctant to achieve a full-blooded fortissimo. This problem pops up again later in the section “Of Joys and Passions” with the brasses not quite as strident and marcatissimo as one might hope for. In the solo quartet exchange in “Of the Backworldsmen”, the Dsseldorfers are slightly ponderous and don’t quite nail the comtemplative passage with as liberal amounts of rubato as, say, in Kaspszyk’s and the LSO (Collins 30042) where you can almost see the warm, glowing nimbus of the string quartet in the same passage.

That said, I don’t feel that Fiore, as a symphonic conductor, misses all that much of Strauss’s subtleties of feeling than this recording lets on. In the “Song of the Night Wanderer”, he fully captures the Superman’s defiance in the ringing of the Midnight Bell, and Jens Langeheine does an excellent solo turn on the violin in the Tanzleid. The issue, I think, lies in the way the tonmeisters have miked and balanced this live performance: by adopting a traditional (I hesitate to say “Germanic”) broad focus which creates a homogenous sonic soundscape, at the expense of clarity and detail. This is a common problem with live recordings where elements of individuality tend to be “pushed back” into the bigger picture. 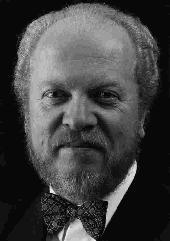 Gerhard Oppitz (left) joins the orchestra for the nineteen-minute Burleske for Piano and Orchestra, a piece of juvenilia from the 21-year-old composer. Oppitz, who made his Singapore premiere in July 2004 with Beethoven’s Third Concerto, here establishes the piano’s role with good humour from the get-go, bringing out the jocularity in the rhythmic shifts and syncopated harmonies. Fiore supports amply with a sense of drama to Oppitz’s musical machinations, and Oppitz sometimes also presses the music forward with some alacrity.

The Burleske was also recorded live, earlier in November 2001, but as before, the amplitude of the sound, while lush and full, tends towards a flocculent ambience – and the audience presence curiously gives little nothing towards a sense of involvement and occasion in these recordings. The virtuosity of the Dsseldorfers and Oppitz, or their response to Fiore, is not in question here; I’m sure that, on the occasion, these were superb performances. But the sound could have done with a bit more tweaking to bring out the sharpness and clarity that one has come to expect from modern digital recordings.