The truth is out: I am a piano competition junky. You would recognise one when you see one – usually male, short-sighted, sort of young but actually fast heading middle-age, clad in an anorak or something cheap, clutching on a programme booklet and writing material. Being highly opinionated and knowing the names of all the winners at Van Cliburn and Leeds are obvious start points, but book-marking the Alink-Argerich Foundation website on the PC and checking it twice weekly is the sure sign of addiction.

For the second time in a year (and the third time in fourteen months), I am thrust into the web of intrigue and musical activity that is the typical international piano competition. Hongkongers do not believe in doing anything unless it can be done with style and panache, and so the first Hong Kong International Piano Competition is no different. The brainchild of Anabella and Andrew Freris of the Chopin Society of Hong Kong, the aim was to bring the best of the world’s young pianistic talent to the former Crown Colony, to be judged and enjoyed by the weightiest of heavyweight juries and a discerning public respectively. 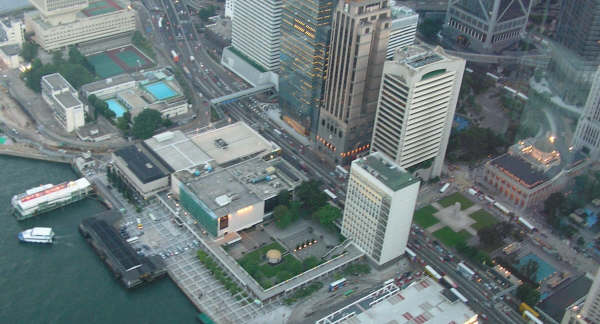 As piano juries go, there’s no bigger than the lot who are parked at Kowloon’s Peninsula Hotel, the one with the famous green Rolls Royces. One could say it’s the RR of juries – among them are first prize-winners of the Tchaikovsky, Queen Elisabeth, Van Cliburn, Leventritt and Enescu competitions, and students of Horowitz, Schnabel, Serkin, Neuhaus, Oborin and Perlemuter. Three top Hong Kong pedagogues (Gabriel Kwok, Li Mingqiang and Eleanor Wong) are being joined by Vladimir Ashkenazy (Chairman of the Jury), Leon Fleisher, Gary Graffman, Vladimir Krainev, Cristina Ortiz and Pascal Rogé. Need I say more?

This was to be the competition of first prizewinners, and the carrot was a seeding system that allowed victors from earlier competitions direct entry into the Second Round. There were only seven takers, but no victors from Van Cliburn, Leeds, Warsaw, Moscow, Sydney or Hamamatsu. This figure eventually became six after Giuseppe Andaloro (winner at London 2002) pulled out at the last minute, having won first prize at the Busoni competition in Bolzano just days leading to this competition.

There were also to be 40 entrants in the First Round, but only 14 were selected to perform in what has to be the most leisurely five days of competition ever. By the end, only six would make it, to be joined by the six laureates, into the Second Round. Whatever the screening jury did, it paid off handsomely as the twelve quarter-finalists who performed at Hong Kong’s City Hall Auditorium were a varied and interesting bunch, mostly worthy of their selection.

Each pianist would play one hour of solo piano music, built around three set pieces. The cynic might add that the set pieces were to help Ashkenazy decide whether he liked a certain pianist or not, but the choice of a Shostakovich Prelude and Fugue (any of the 24 from Op.87), Tchaikovsky’s Meditation Op.72 No.5 and either of Toru Takemitsu’s Rain Tree Sketches or Litany No.1 seemed unnecessarily restrictive.

As it turned out, the two Russian works heavily favoured the Russian competitors. And Ilya Rashkovskiy would turn out the most colourful and nostalgic Tchaikovsky, and the most manic Shostakovich Prelude and Fugue No.15 in D flat major imaginable, one that would put even Terence Judd’s (here’s someone who knew a little about psychosis) famous reading in the shade. Advantage Rashkovskiy. As for the Takemitsu, it was the goatee-sporting Italian Domenico Codispoti who truly found the spirit of Zen in Litany No.1, making it sound genuinely like gagaku. By this time, the only Japanese competitor had been eliminated and sent home.

With 15 minutes or so dedicated to set pieces, the rest of each hour-long recital would be elective works to be chosen from a smallish list of sonatas and major repertoire works. The final choice was left to each pianist and like the proverbial three wishes, most choice wisely but some were spectacularly off the mark.

Second Round Day One

Hong Kong’s sole representative Colleen Lee Ka Ling is an anaemic-looking pixie blessed with a big sound. In Schumann’s eight-movement Kreisleriana, she brought out a wealth of colour and moods. Her technique is impeccable and she is totally at home in this repertoire. Although the time limit deprived us of her view to Scriabin’s Sonata No.5, all the hard work had been done. Verdict: A safe bet for the semi-finals.

The Korean Kim Tae Hyung, given a bye into the Second Round, disappointed with Beethoven’s Sonata in A major Op.101, a work that did not play to his strengths, whatever these may be. He got through all the notes but what was he trying to say with the music? Where was the yearning and sense of nostalgia with the return of the first movement’s theme leading to the finale? Verdict: Also ran.

The Russian Ilya Rashkovskiy looks like the strongest candidate so far. His Schumann Études symphoniques displayed a clarity only matched by a near-infallible technique. The choice of three posthumous etudes, each judiciously inserted in between variations, also revealed a strong sense of architecture and projection. The recital closed with the first movement of Rachmaninov’s Second Sonata – which ends quietly – thus presenting some sort of an anticlimax. Verdict: A certain finalist.

Inesa Sinkevych was the unfortunate Ukrainian-born Israeli whose recital at the London IPC in April was rudely interrupted by an errant hand phone. This time, she had only herself to blame by playing Brahms Third Sonata Op.5, a work she neither had the physical, mental nor spiritual resources to overcome. The result was an ill-conceived read-through and even she looked terribly distressed by the experience. Verdict: The Second Round’s first true casualty.

Domenico Codispoti looks to be the pianist most comfortable with himself and music as a whole. His traversal of Schumann’s Davidsbundlertänze was a joy to behold. Each short movement had a life of its own, imbued with the diametrically opposed characters of Florestan and Eusebio, and strung along by a skilled storyteller. Always imaginative and inventive, his Takemitsu was also a pleasure. Verdict: Strong contender for the finals.

Mei Yi Foo comes from Seremban, small town Malaysia, and is your typically pretty, demure girl-next-door. On the keyboard, she is however a free spirit and perhaps the most unlikely competition candidate. Midway through Bach’s Partita No.5 in G major, she slipped off her shoes and played the rest of her recital bare-footed. A slip in the penultimate movement of Bach was however redeemed by the wildest and most unfettered Ravel Gaspard de la nuit to be heard this side of Argerich. Verdict: I would love to see her advance, but fear the judges’ decision.

Dark-haired Maria Masycheva is a Russian lass with Central Asian blood. However she plays like a goody-two-shoes conservatory top prizewinner. She is almost note-perfect in both Prokofiev’s Seventh Sonata or Ravel’s Gaspard de la nuit (coming after Mei Yi Foo, her Gaspard is virginal and almost saintly) but ultimately fails to make a big impression. Verdict: For her industry and solid technique, should make the semi-finals.

Olga Andryushchenko is another Russian, white, blonde and elegant-looking, but that’s where her similarities with Olga Kern end. Her choice of Schubert’s Wanderer Fantasy is unfortunate as she has memory lapses, which also mar her Shostakovich Prelude and Fugue No.15 and Prokofiev Seventh Sonata. Her plight is simply too painful to sit through. Verdict: The weakest link, should be packing her bags after this ordeal

Hu Chih Long from Taiwan was a civil engineer by training and still looks like one. He has interesting and cavalier ideas in Schumann’s Carnaval, but is undone by careless fingerwork, to the point of being sloppy. His Stravinsky Three Movements from Petrushka is a loud, utter and complete mess. Verdict: Should work on his technique and undergo a makeover. Not a semi-final pick.

The Belarussian Andrey Ponochevny is the competition’s oldest and most seasoned candidate, having already won the William Kapell Competition in 1998. The second movement of Beethoven’s Sonata No.32 in C minor Op.111 yields the performance of the Second Round. A more masterful and thoughtful reading would not have been expected in a competition such as this. Although his Scriabin Sonata No.4 could have flown with swifter and lighter wings, he gives an impression of a mature artist. Verdict: Definite finalist.

The Korean Kim Sung Hoon is perhaps the competition’s most unprepossessing looking candidate. Without being PC, he is simply obese and wearing a baggy white shirt, looks like the Michelin Man seated at the keyboard. However, he is a totally musical soul capable of far-ranging timbres and moods. Thus Mussorgsky’s Pictures at an Exhibition was ideally suited to his temperature and big beefy sound. Verdict: A clearly talented pianist, good for the semi-finals.

China’s Wen Yu Shen is already making waves despite being only 18. He won second prize at the 2003 Queen Elisabeth Piano Competition, a remarkable achievement in itself, but due to this competition’s rules, had to play in Round One. In Ravel’s Gaspard, the left hand melody in Ondine is just too loud, reducing whatever mystique there is to blandness. He acquits himself brilliantly in Scarbo, a true portrait of malevolence and pulls out all stops in a note-perfect and jaw-dropping Stravinsky Petrushka. If he was a mere budding talent in London where I last heard him three years ago, he is now nearing full bloom. Verdict: Definite Top Three candidate.

Best performances of the Second Round:

The above pianists were to be my semi-final picks, together with Kim Sung Hoon and Maria Masycheva for a party of eight.

I get seven out of eight, the most surprising casualty being the Italian Domenico Codispoti. Disappointingly, the pianist sneaking in the semi-finals at his expense was that blonde bundle of nerves, Olga Andryushchenko. Did the judges sense some potential or something special beyond her memory lapses and glaring slips? Was her inclusion in the semis and the presence of her teacher Vladimir Krainev in the jury a coincidence? Questions like these are almost always never answered.

Chang Tou Liang is the Artistic Director of the Singapore International Piano Festival and chairs the advisory committee of the National Piano and Violin Comeptition.