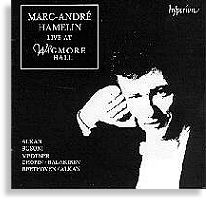 Romanza: Larghetto from Piano Concerto No 1 in E minor, Op 11

Trois Grandes Etudes, Op 76 for the hands separately and reunited

Sonatana No 6: Piano Fantasie after Carmen 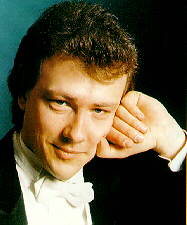 Ten years after this recital was recorded, this is still some of the most hair-raising piano playing committed to disc and perhaps the best thing pianist Marc-Andre Hamelin (right) has done to date.  In nearly all of his recordings, Hamelins playing has seemed machine-like and polished on the surface but detached emotionally.  In this live program, taken from a series of concerts titled Virtuoso Romantics, Hamelin is not only engaged but thoroughly engaging, with an unexpected charm and lan gracing his playing.

As glorious as French pianist and composer Charles Valentin Alkans transcription of the first movement of Beethovens Third Concerto truly is, the fun really starts when Hamelin lets into the cadenza.  This is no mere continuation or synthesis of the music that has preceded it.  As per Alkans (below) dizzyingly complex but grippingly dramatic concerto and symphony for solo piano, this is a recomposition very much on Alkans terms.  Written in eight sections of increasing Byzantine intricacy and growing excitement, the music literally explodes from a upward run into the victory theme from the last movement of Beethovens Fifth Symphony.  From there, Alkan not only continues with themes from the concerto but quotes that 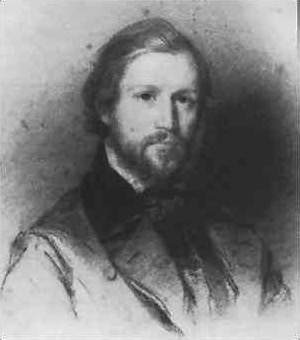 movement from the Fifth as it would normally progress in performance in other words, as if both pieces are being played simultaneously.  Would anyone have the courage or audacity to play this cadenza in an orchestral performance of the Third Concerto?  (The liner notes state that composer and pianist Ferrucio Busoni supposedly did in one of his orchestral concerts in Berlin in 1906, but that it is unclear whether Busoni himself played it or if Busoni conducted the orchestra and pianist Rudolph Ganz (to whom Maurice Ravel dedicated Scarbo from Gaspard de la Nuit) did so.

Alkan was one of the certified wackos of classical music.  A contemporary of Franz

Alkan’s Death While the story of Alkan being crushed by a toppling bookshelf while reaching for the Talmud may have been an exaggeration that perpetuated the myth of his eccentricity, it did generate positive interest in the composer. “The mystery of Alkan’s death was resolved definitively about a decade ago by the French Societ Alkan. A French musicologist (possibly Brigitte Sappey) discovered a long detailed letter by one of Alkan’s female piano students, who arrived at Alkan’s teaching studio for her lesson just hours after Alkan had expired. In the letter she elaborates that Alkan did indeed fall and injure himself while he was trying to retrieve something on a shelf. He had climbed up on a hall coat-and-hat stand – a typical, large fixture in many 19th Century French homes. Alkan lost his balance and fell – and books did fall on top of him (the student’s letter makes no mention of the Talmud). However, it was the fall and not the books that severely injured him. Alkan did not die right away. A doctor was sent for, arrived, and began treating Alkan’s injuries. But as the final portrait of Alkan makes clear, by 1888 he was a very frail, old man. He eventually succumbed to his injuries and died several hours later. The gothic detail of Alkan having been crushed by his copy of the Talmud appears to be a colorful invention of one of the pianists in Alkan’s small circle of friends, probably Isidor Philip. In poor health in his final years, Alkan already knew his days were numbered. In the few months preceding his death, he got all his affairs in order — including the making of an incredibly detailed will. He also had his manuscripts bound in leather (these invaluable documents have disappeared, never yet to surface.) The amusing detail about the Talmud is apocryphal. Instead of complaining about the fabrication of this detail, it is better to be grateful to whoever made it up. Limited as Alkan’s fame has been in the past, this is the one factoid that has spread his renown among the general public and even among musicians. The more interest in Alkan, and the more people that remember his name (and listen to his music), the better.”Mark Starr from http://alkan.bluestealth.com/death.htm

Liszt who could supposedly outplay him any day of the week, he became a recluse in Paris after a short but highly successful concert career, keeping a virtual menagerie of exotic pets in his apartment until his sudden and violent death.  (A devoted Jew, Alkan was reportedly reaching for his Talmud on the top shelf of his bookcase when the entire piece toppled, crushing him to death from the extreme weight.)  Busoni and Alkan both thought highly of Alkans compositions, though due to the works extreme difficulty have never gained a foothold in the pianists repertoire and perhaps never will.  Still, they can be rewarding and worthwhile sometimes, as Hamelin has proved in several studio recordings and does very much so here.

Alkans Trois Grandes Etudes for the hands separated and reunited is an excellent case in point.  The first, for left hand alone, combines the grace and tunefulness of Frederic Chopins music, the muscularity of Liszts and ups the ante dramatically and technically by a quantum leap.  As easy as it almost sounds in the beginning, the length and complexity of this piece would in most hands become too daunting for mortal endurance.  Not so for Hamelin.  He does full justice to the technical, musical and thespian demands in a riveting traversal.

The second etude gives the right hand a similarly through workout.  One again beginning lyrically, with some beautiful passagework, the emotional shadows and technical demons beginning showing themselves hand-in-hand.  The piece reminds me of late Schubert in its layering of various and contrary moods simultaneously, though with a vastly more Listzian sense of theatricality.  Again, Hamelin is fully up to all the challenges and meets them not only head-on but triumphantly so.  The only problem is that Alkan apparently had no clue when to stop writing here.  This etude goes on.  And on.  And on.  Wearingly so to me, proving the old adage that too much of a good thing, no matter how good it is, can inevitably self-defeating.  (And to think, as the liner notes point out, that Alkan specialist Ronald Smiths playing of this piece took seven minutes longer than Hamelins does here.)

From jump steeplechase to flat sprint, the notes state, the final etude sends both hands scurrying in the lower keys of the piano in a dizzying molto perpetuo of runs and fingerwork.  The more lyrical sections, while still busy technically, are refreshingly lyrical enough to give some relief to performer and listener.  Otherwise, there is so much going on that sooner or later the listeners mind goes into overload.  The saving grace here is that the third etude is by far the shortest one.  Yet in the four minutes or so that the work goes, you wonder how taxed even someone of Hamelins abilities becomes.  If he was straning to keep up, it does not sound that way, though I can imagine him breathing more than one sigh of relief after the final notes.  Hearing all three of these etudes in one sitting made me think of a variation of the oft-quoted phrase about Glenn Gould.  In Alkans case, that genius is definitely a nut.

Between the Beethoven and Alkan we are afforded a quiet and extremely beautiful interlude with Russian composer Mily Balakirevs arrangement of the Romanza from Frederic Chopins First Piano Concerto.  Balkakirev, who was no mean pianist himself (who wrote, among such other lightweight and technically facile works, Islamey, held a lifelong love for Chopins music.  That passion shines through brightly and clearly in this breathtaking arrangement, one that deserves to be heard far more often.  Hamelin does full justice to the lyricism, lightness and grace of the music, adding a subtle palette of tints and a lacelike filigree of touch that makes the moment all the more magical.

After the extreme adrenaline of Alkans third etude, we are plunged into the equally high drama of Georges Bizets (right) Carmen, courtesy of Busonis masterful Sixth Sonatine.  Subtitled a piano fantasy, the piece starts brightly but ending on a tragic note quoting the opening chorus from Act III, Don Joses Flower Song, the Act I Habanera in both major and minor keys, and the Arena Prelude to Act I along the way.  Hamelin rushes things in the more energetic moments and loses some of the musics charm in the process.  Stupendous playing, yes, though it does not erase memories of Paul Jacobs more balanced recording from his complete set on sonatines (for Nonesuch, now on Arbiter and well worth seeking out).

The Medtner Danza festiva is another matter.  Hamelin delights in the bounciness of the work playful, athletic and thoroughly Russian-sounding while not overwhelming it.  While the romantic streak of the central section could be played up more fully, Hamelins not doing so is not a major detraction.  In fact, Hamelin does an excellent job of balancing the conservative melodic elements with the slightly spicy harmonic twists.  It is a highly satisfying encore to what is still a engaging and welcome virtuosic program of rarities. Also read Johann d’Souza’s review of the same CD http://inkpot.com/classical/hamelinwigmore.html