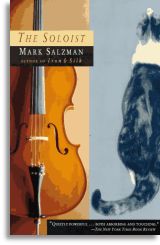 The Soloist by Mark Salzman

It is rare that we find a good novel concerning classical music, one that actually speaks a very important message. Well, The Soloist is one of them. I picked it up initially only because it was a novel about a cellist (which is even rarer to find really), and not because I’d known it was a good read, that I must admit. 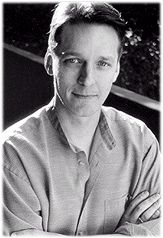 Reading it was no problem, since Salzman’s style uses the simplicity of language and plot to engage the reader. Neatly organised and sincerely written, one should breeze through this novel in a day or two, easily.

The plot is fairly uncomplicated, with the narrator Renne Sundheimer being a ‘has been’ child prodigy who had the music world at his feet. His renowned teacher remarked that Renne would be bigger than Casals, and be the next legendary von Kempan (his teacher) to the world; that he never had to worry about his performance – he couldn’t wait to go onstage to perform, and he could make no mistake.

Then at eighteen, he suddenly finds intonation a problem. His ears became over sensitive to his playing, searching for the “impossible goal of achieving pure intonation” and anything else for that matter (he had to search high and low for an electric blender that blended at the key F sharp, any other noise was unbearable). Because of this, he lost his ‘gift’ and his patrons and fans fled from him faster than you could say “allegro”. So the poor chap became a cello professor and begins his quest to search for his talent gone missing.

Intertwined in this main plot is Renne’s discovery of a Korean child prodigy whose brilliance and potential reminds him of himself when he was young; and him receiving summons for jury duty. These two events eventually act as a catharsis for his enlightenment over his problem. Renne’s guidance towards the Korean boy is particularly heart-warming and poignant, as we see him remembering his past with his teacher, and how he tries his best to impart that into the little boy, despite the obstacles he faces.

I would say the most important thing about this book is the message it brings across to the readers. Ultimately, the whole novel whittles down to a common point, that perhaps Renne Sundheimer was too harsh and critical of himself, being too determined to have to replace his deceased teacher’s position in the world. When he was young, as a child performer, he could do no wrong. Everyone loved him, he had no fear of making any mistakes. But when the pressure became overbearing, he lost his confidence in his playing and became too self-conscious, and thus was unable to feel the music. As every cellist knows, once you are tense, no music will ever pour forth. It is only when one is relaxed and surrenders oneself to the music will true music happen. As Renne himself put it, “When, at eighteen I started trying to force great music to happen I ended up making awful music”

The Soloist is a charming and heart-warming tale that, despite its simplicity, speaks volumes about how sometimes in life, and not only in music-making, we can only do so much to prepare – after that we just have to surrender ourselves to it and let things take their course.

After finishing the book, I found myself appreciating it a lot more than while I was reading it, as the ideas in the text finally mature at the end. Read this book for inspiration, savour it at the end. I found a comment on the book by The Times that I particularly liked, “An accomplished, absorbing book, its complex ideas dealt with so delicately that they strike the reader like depth charges, reverberating inside the head long after the force should have dissipated.” Enjoy

Other books by the same author: Iron and Silk, The Laughing Sutra. Mark Salzman also plays the cello besides writing and practicing martial arts.

Unfortunately DAVID CHEW has passed the age limit of being discovered as a child prodigy.

Book Review: COPLAND What to Listen for in Music – INKPOT