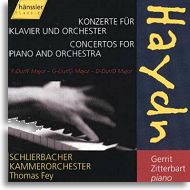 The Long Intro Haydn has for a long time suffered an unfavourable reputation as “ear-candy” composer, or so I was told once by a musician in a symphony orchestra. His music, he complained, lacked a certain compositional sophistication, which made him “bland”, “conventional” and “uninteresting to perform”. This artistic je ne sais quoi was not helped, my friend concluded, by the fact that Haydn lived and worked in the volatile evolutionary period that fell between the proto-formalization of the Baroque and the stylistic consolidation of the Classical schools.

Perhaps so, but it’s is worth recalling here that Haydn was the musical celebrity of his day, wooed by fans and public institutions alike, from as far afield as the University of Oxford to the King of Naples. No less an aristocrat than the Empress of the Holy Roman Empire herself (mother of Marie-Antoinette of France), with the not-insubstantial forces of the Viennese Imperial Opera on hand, declared that she went to Esterháza when she wanted to hear a good opera. Haydn’s blue-blooded employers would not have never expected that posterity now remembers them only in connection with their “worthy Haydn”. 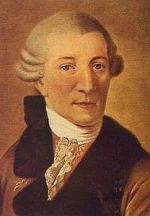 Haydn and the Keyboard Concerto Given Haydn’s prolificity and achievement in bridging classical music between the old and the new, it is therefore curious that his work in the field of the keyboard concerto – the term we shall use for now – has suffered from such neglect. Ironically, two critical inventions occured in this interim phase which enabled the keyboard to shed its role as an obbligato continuo instrument, as was the Baroque practice, and take its place – indeed, even surpass them – as the full equal of the other concertante instruments; one was technical and the other was, shall we say, “intellectual”.

This intellectual element was, of course, the inception of the genre of the keyboard concerto. This can be traced to Bach; in particular, his Fifth Brandenburg Concerto contained an extensive keyboard part, including unaccompanied solo portions, which was written specifically to show off the virtuosity of the performer. We should also note that while Bach and his peers did write keyboard concertos, these were often rearrangements of concertos for other string or wind instruments and not, concerto qua concerto, written to showcase the keyboard.

The other invention was that of the pianoforte. Bach’s son, Carl Philipp Emmanuel, recognized the potential and technical superiority of the piano over the harpsichord very early on and singlehandedly wrote over sixty keyboard concertos with this new instrument in mind. The piano was more responsive in dynamics and could sustain notes for as long as the keys were depressed, over the harpsichord which had little sustaining power and a limited range of volume. (To increase volume, for example, harpsichordists had to play notes doubled in octaves.)

The chronology of Haydn’s keyboard concertos therefore runs parallel with the inception of the keyboard as a concerto instrument as well as the advent of the piano over harpsichord. It is not inconceivable that performers and composers viewed both instruments as interchangeable – indeed, Haydn’s D major concerto was published as a Concerto per il clavicembalo ó forte piano. The early Mozart piano concertos also contain similar bipartite writing; only much later when the piano was consolidated in ubiquity that composers started to write pianistic effects unplayable on the all-but-extinct harpsichord.

One striking quality of the Haydn piano concertos – now that the context of calling them as such has been established – is that the soloist’s line is often sparse in texture, sounding almost like something which a very good player could perform one-handed. Conversely, it is then also up to the performer’s innate sense of musical judgement to add his or her own artistic ornaments where the music needs such embellishment, and to apply dynamics to bring out the contrasts and contours of the music.

The Recording Gerrit Zitterbart (left) serves notice of such intentions from the opening of the first work, the Concerto in F major. Sounding very much like what you’d expect from classical-school Haydn, yet with a hint of baroquerie, Zitterbart plays the music with élan, aided by meticulous dynamics which imparts a sense of drama. The quick tempo in the first movement makes the playing sound engagingly crisp, but this also makes the keyboard roulades sound rushed – not that, to be fair, Zitterbart gives any hint of this being a difficulty.

Thomas Fey and the Schlierbacher Kammerorchestra, as accompanists, respond very intuitively to Zitterbart. The slow movement is taken with a great deal of empathy and contemplation, almost like something out of Chopin but without the rubato, which works surprisingly well. He shifts back up two gears for the presto of the final movement, charging right off the starting blocks at breakneck speed. Indeed, the aggressive acceleration of pace between movements is eye-raisingly erumpent, coming just after the gentle second movement; a little less extrovertion, I think, would have served the music better.

Zitterbart also claims the second work, the G major Concerto, with a similar manner as the first: a hybrid sculpture of the Classical and romantic schools with a dash of Baroque. There’s lots of rubato and deft touches of technical virtuosity in the first movement, but I’m left wondering if some other insight into this music has been lost in exchange for this rugged, sinewy interpretation. The aria-like Adagio sounds more Romantic, I’m sure, than Haydn would have thought possible. The finale is another rocket-assisted take-off, with Zitterbart and Fey burning liquid panache for fuel.

The risk in playing through difficult parts as if they were nothing is, of course, you sometimes end up with nothing. This is, fortunately, not the case here – not the entire case, anyway. The muscular reading is palpable and, if such an adjective is applicable to the periwigged music of “Papa Haydn”, full-blooded. But the musicians could have taken their feet off the acceleration pedal, in order to spend more time to look around and explore this scenic musical territory.

We’re back on more familiar ground with the last Concerto in D major, the best-known of Haydn’s keyboard concertos. It’s not hard to see why its popularity is so well-deserved: the first movement begins with a lyrical little melody that is quintessential Haydn. Zitterbart, with Fey and his Schierlierbach accomplices, is most persuasive, with finely-etched playing that makes the music sparkle. The Hungarian rondo of the last movement is equally felicitious – just listen to those natural horns in bar 13 – albeit closer to presto than the Allegro assai that Haydn indicated in his tempo marking. In between, the central movement is played with some warmth and empathy, and with much less “Romanticism” as the other two.

The Orchestra The Schlierbacher Kammerorchester, the liner notes inform us, was drilled in historical performance styles by Nicholas Harnoncourt, although they do not perform with period instruments (save the horns). They are, perhaps, at the forefront of the current vogue among conductors with modern orchestras to interpret their music from a historical perspective – Zinman on the Beethoven Nine, for example – which makes their style more than readily identifiable. It makes me feel as if I could come back to this music in a couple of years and pick them out in a blindfold test, and that’s saying something.

Indeed, this is not necessarily a bad thing, this continual progression and reinvention of playing styles. One could even say that this is essential, if rigor mortis is not to set in in this field of “music of dead people from three hundred years ago”, in an age where everything moves at the speed of an electron.

Sound and Conclusion Soundwise, the soloist-orchestra balance is well-poised and the quality generally of Hänssler’s high standards. The acoustics of the Festeburgkirche Frankfurt-am-Main lend a warm atmosphere to this music. The recording was made in two sittings in March and June 1999.

All three works come in together at less than an hour; at full-price, not overly generous, perhaps. (Either that, I suppose, or we have been spoilt rotten by 70-minute super-budget discs.) There are alternatives in the market with ampler couplings in this repertoire, and this reason alone would already rule this disc out for those solely out to build a collection.

On the other hand, it is fair to say that this disc was not issued simply for the sake of flooding the market with repertoire. Far from it. Despite their provincial-sounding names, Zitterbart, Fey and the Schlierbacher Kammerorchester have an accomplished sense of style and elegance that bestrides the best of the Baroque, Classical and Romantic schools, and they are in their natural habitat with this repertoire.

As a curious teenager, Benjamin Chee, unlike the Empress of the Holy Roman Empire, has nowhere to go if he wants to listen to a good opera.

Click to Return to the Classical Index!… or Visit the Inkvault archives!