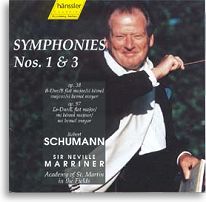 Schumann wrote altogether four symphonies, a large output considering his short life. It reflects the amazing speed at which he worked. To give some numbers – he was known to have written 138 lieder (songs) in the year 1840: that’s two songs per week! Then in 1841, he turned to symphonic composition and in a mere four days sketched the entire “Spring Symphony”. He went on to finish the orchestration in the ensuing month! 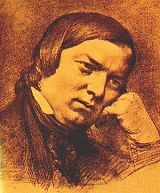 Written entirely in the winter months, Schumann indicated in a letter that it is the “urgency of spring that seizes mankind each year” that engendered his “Spring” symphony. This ‘rash creativity’ was so typical of Schumann. Even in his ‘older’ years – he worked in essentially the same fashion. The “Rhenish Symphony”, though composed almost a full ten years later than the “Spring Symphony”, was also born into being in the same sort of hurried ingenuity. One must sense a man, almost ‘mad’ and for which composition was a fatal addiction!

Yet for all his quickness, much of Schumann’s music often carried deeper subtleties and greater complexities, such as is the case in the “Rhenish Symphony” – where a certain darkness belies its superficial happiness.

Nonetheless, Sir Marriner has painted a “Rhenish” that is far too sad for my liking. The opening movement is overly shifty in moods and full of melancholy. By avoiding a full wrath of symphonic anger, Sir Marriner avoids reading too much misfortune from it, but I sense a textural darkness too obvious to be ignored. Something wrenching has been created, something that is not too appropriate for a section marked “lebhaft” or “lively”. Sir Marriner lets this darkness pervade the entire symphony.

The evocative third movement is played with suspended magic, very beautiful but elements of the spooky undercurrents remain haunting. This then leads to a “Feierlich” or “Festivities” section that is again taken in an enormously depressing way. Sir Marriner unleashes dark monsters in this music, as if in doing so – to liberate the final movement marked “lively”. However the exorcism is incomplete and the final movement fails to capture the spontaniety that would have sent some sparks flying.

The Academy’s playing is altogether pretty wonderful – full of dark colour and very symbiotic in their response to direction. But it seems to lack the much needed conviction for Marriner’s alternative interpretaton. Sir Marriner seems to be wrestling with something dark and ‘evil’ in spirit and atmosphere. What might it be, I wonder? He seems to be a lot more obsessed with the deeper intensities and in his hands, an entirely different symphony is born. 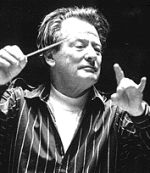 As for “Spring”, Sir Marriner directs the superb Academy musicians in a reading that is marked by a strong vein of purple nobility. He is never excessive or overly dramatic in his romantic direction of the opening Andante un poco maestoso and in doing so I feel he captures the restrained urgency remarkably well. Tempos are tightly controlled and the Academy turns in finely articulated notes that is thrillingly neat in the Allegro molto vivace>. I feel a slight lack of panic towards the end – something needed to underline the evolving insistency within that urgency.

The short grazing Largetto benefits from Sir Marriner’s aristocratic touch, painting images almost Wagnerian in richness and splendour. The Scherzo repeats the consistent masterly grace and control heard in the first movement but lacks the dance that it needs. On the other hand, Sir Marriner allows himself much more space in the “animato” last movement was played close to perfection. The Academy’s fine ensemble work and handling of contrasting soli passages are fully exhibited here.

These are symphonic war horses familiar to many music lovers. However, Marriner’s obtuse reading of the “Rhenish” is sure to raise many critics’ eyebrows. If not for his astute and compelling musicianship – still entirely evident in his masterful handling of the Academy of St.Martin-in-the-Fields, one would have dismissed it. Here, he makes me rethink the “Rhenish”. You might too. The “Spring Symphony” is a lot more assuring and Sir Marriner captures the wonderful essence of Schumann’s tunes movingly.