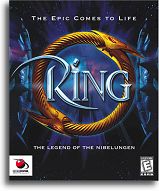 The Eddas as an interactive adventure. What would have Wagner thought ? Based on Wagner’s musical dramatisation of the Eddas saga, this adventure is an idea whose time has come, drawing on modern game technology that brings together first-class graphics and animation, a point-and-click user interface, digitized sound and full CGI motion-picture clips into a delightful experience of the senses.

The scenarios of this adventure take place in no less than six opulent game universes: Upper and Lower Nibelheim, the Enchanted Forest, Rock of the Gods, Necropolis and the Rhine, developed by Philippe Druillet. Even by the usual high standards of graphical adventure games, the opulent detailing and surface-texturing of the game world is as eye-catchingly astounding in execution as it is in conception and design, highly reminiscent of the fantasy art of Boris Vallejo.

The setting is post-modern, sometime in the near future, with the player’s metascient alter-ego, DRIL, taking on the roles of the four main characters, Alberich, Loge, Siegfried and Brnnhilde, in four respective chapters. One of the characteristics of the game’s design is its non-linearity: the chapters can be played in the proper chronological order, or in any order the player wishes, or even simultaneously – you can leave a chapter at any point and embark on a new chapter, for up to all four chapters. The game has been designed such that the chapters in their correct order presents an increasing grade of difficulty, which is recommended for players new to this type of game.

Basic game play is straightforward. The game installs in either English, French or German. The user interface is the single mouse-driven cursor point-and-click interface first pioneered by Sierra On-Line. By dragging the cursor along the edge of the screen, the player can explore the game world in a complete 360-degree circle. The cursor changes to a different icon whenever an action is possible, representing movement to another location, interaction with a person or object, e.g. picking something up or returning to a previous screen. 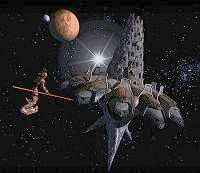 As with all adventure games, the objective is to collect items and information, and figure out what needs to be done or how these items can be used, in order to solve various puzzles leading to the final goal. For example, you might need to find a certain combination to a lock before you can open a door, or use a piece of treasure to bribe your way into a fortress.

Right-clicking on the mouse brings down inventory and menu bar at the top of the screen. Clicking on an object in your inventory turns the cursor into an icon of that item. Clicking this icon on something on screen “uses” that item. For example, clicking a spear icon on an object will strike that object with a spear. This menu bar will also bring you to the main menu where you can save, load and configure the game, as well as check your progress in each chapter by means of a graphical horizontal bar and score given as a percentage of the game completed. A star icon allows you to exit the adventure and return to the central hall to assume a new character in another chapter.

Of the four main characters in the game, each has a unique special power: Alberich has the power of Brutality, which allows him to hit an object or person; Loge has his magic fire; Siegmund has night vision and wolf’s instinct; Brnnhilde has power to throw lightning bolts.

There are also different objectives for each protagonist. Alberich, the king of the dwarves, wants to regain control of his kingdom, and to that end, plots to steal the Rhinegold for its power. The game thus starts a bit before where Wagner’s Das Rhinegold begins, with Alberich in his underworld, equiping himself for his adventure to the Rhine. Here the game expands Alberich’s quest into a series of temptations and trials, and in this way presents a context for his ultimate rejection of love, before achieving his goal. 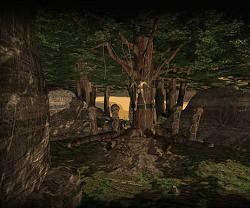 In the second chapter, Loge, the Fire Spirit enslaved by Wotan, has to enter the Nibelheim, steal the Ring and magic helmet from Alberich, with the help of Mime. He then has to bring these artefacts back to the Gods, in order to pay the giants Fafner and Fasolt for the construction of Valhalla, as well as for the ransom of Freya, who has been taken hostage in lieu of the payment owed to the giants.

The third chapter finds Siegmund wandering in the Enchanted Forest, bereft of memories of his past. In exploring his father’s tree-house, he eventually discovers clues and traces of his legacy, leading to the full realization of his past as well as his destiny, which will be entwined with that of his sister’s, Sieglinde. Eventually he discovers his sister’s whereabouts (at which point the game arc segues into the beginning of Wagner’s Die Walkre) and embarks on a mission to rescue her from her husband, Hunding.

In a continuation of Die Walkre, the final chapter has Brnnhilde fleeing the wrath of her father into the Necropolis, where she has to free a group of enslaved warriors and confront a terrible monster which has been ravaging the Necropolis, before finally redeeming herself to Wotan and is put into hibernation to await the arrival of a fearless man who will win her for his bride.

There are, apart from the portions of the story which everyone knows because of Wagner’s opera, a lot of other things worth exploring. Some of it is droll; for example, as Alberich, see what happens when you hit Mime without any provocation. Or wait till you find out what Alberich’s diving helmet (!) requires. Because of a certain degree of linearity within each adventure, sometimes there are certain actions or events which have to be completed before the storyline progresses, such as Siegmund knocking on Hunding’s door will not get him anywhere, until he has completed a certain sequence of actions.

There are over twenty other characters to interact with, all of them as lavishly designed and costumed as the eye-candied backdrop (which a blurb on the packaging tells us, comes from an actual operatic production); from the two giants Fafner and Fasolt looking like rejects from a Transformers cartoon, to the droidic minions of Nibelungen. There is also a Cockney-accented Mime and a trio of droolingly sensuous Rhinebabes. Alberich, in his journey down the Rhine, rides some sort of space-age surfboard a la the Silver Surfer, and Brnnhilde isn’t so much a rotund lady with a bosom you could ski down than a dialectic cross between a face-painted Sith Lord and an escaped inmate from Baywatch. 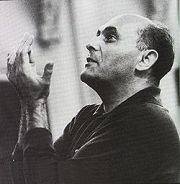 Another bonus is the use of Solti’s landmark recording of Wagner’s Ring as soundtrack. There is a conscious effort to keep the music non-vocal, with the exception of the Rhinemaidens’ lament at the end of Das Rhinegold, using only purely orchestral interludes from the opera. This predictably leads to constant looping of the same theme over and over, which might get repetatively annoying, especially if you’re stuck in one location. There are other nice touches of realism too, such as music getting dramatically louder as you enter a room.

Overall, the game is not particularly difficult as computer adventure games go. There is a lot of information given in the animated dialogue – the packaging claims to have an hour’s worth of CINmovie animation – which players would be well-advised to pay attention to for clues and hints.

While some of the puzzles are challenging – at one point you have to play the surging Rhine theme on a sort of musical organ-box by pushing fifteen keys, others are easy, such as one instance of the traditional children’s puzzle in which you have to slide tiles with one space missing to reassemble a jumbled picture. There are no arcade-style games involving hand-eye dexterity, although some puzzles have a time limit within which they have to be solved.

I do consider, however, that a total beginner to this type of game will find it more than challenging not because of the difficulty of the puzzles but getting used to the style of game play. Documentation in this respect is minimal and there is no walkthrough to hand-hold players through the basics of the point-and-click interface. Considering the potential market for Ring lovers playing an adventure game for the first time, this seems to be quite a glaring omission. [See below for info on walkthrough]

What might be even more frustrating, because of the way some parts of the game have been designed, is missing out on something and having to go back a long way, or even restarting the chapter, to complete the necessary task. As an experienced player, this didn’t occur to me, but my advice would be to save the game after every significant scene so that in a later scenario, if there has been something overlooked, you can go back to an earlier saved game and try to solve the problem. I finished all four adventures in less time than it would have taken to listen to the entire opera cycle.

One drawback about the main menu, though. As each saved game takes up a rather big chunk of disk space, it could have been useful for the game’s designers to have included a “delete saved game” option for housecleaning purposes. The game manual is also skimpy and there are no troubleshooting cards or “goodies” like a map of the game worlds or anything, so either Cryo are either very confident of their quality control or otherwise the exact opposite. 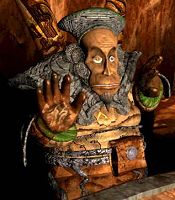 For some reason, I also had problems with Disc 3 – Loge’s adventure – the animation scenes would freeze while the CD-ROM was spinning, and by the time the rest of the movie finished loading, the sequence was over and the movie would jump straight to the end of the scene. Also, the game crashed – and dumped me back to reality – a couple of times during disc changeovers (when they prompt you to insert a particular disc). At the present time, I have no idea why this happened.

As with modern adventure graphic games, there is no economy on computer requirements. Minimum hardware required: Pentium 133, CD-ROM 8x, 16MB RAM, 65k video card and 250 MB hard drive. I ran the adventure on a Pentium MMX and thoroughly enjoyed it, with the exception of the abovementioned bugs.

This is a game which should appeal to fans of the genre. It expands on the setting of a familiar saga and better still, allows a player to participate in the tale in the first person. The user-interface takes a bit of getting used to, but once you get the hang of it, you’ll find that the rich graphical setting and overall production design more than makes up for it. In the end credits we’re told that there is a sequel in the works, Ring 2, presumably featuring the events of the last two operas of the cycle. If this product is anything to go by, I’m looking forward to the next installment.

Benjamin Chee‘s first adventure game was Transylvania on the Apple ][. If anyone still remembers.


Back to the Classical Index!… or read previous classical music reviews and features at the Inkpot