CORIGLIANO Symphony No.1. Of Rage and Remembrance.

Was there a time before the sorrow –
Days of double darkness,
Nights of blinding light?
Is there life outside the terror –
Waking from an airless dream
to the silence of an empty room?

While we happily catergorise classical composers into their various periods in music history, the question of what “period” our music of the 20th century will be known as to our future generations has often crossed my mind. Atonalism, Minimalism, “Chance” and others pervade our musical vocabulary – the sheer number of reactionary musical ideas to what we conceived of as music before the 20th century is overwhelming and sometimes daunting to the novice to contemporary music. Yet, these “isms” are but often mere futile scholastic attempts to articulate, to “dictionarise” the indefinable; in effect, they only make the music more daunting.After Atonalism, it seemed “unfashionable” for any composer to compose tonal music, and expect to be taken seriously. Yet, as John Corigliano himself has said of Leonard Bernstein in an interview, it is the sign of great musical integrity because “that’s what he wanted to write”. I will quickly accord that same compliment to Corigliano himself, for in his output he has yet, in my opinion, compromised the direct conveyance of the meaning of the music for clever compositional technique or for the sake of being different.
Symphony No.1 “Of Rage and Rememberance” is perhaps the pinnacle of this ideal for Corigliano, drawing from a diversity of styles and inspirations from Berlioz, Mahler and Shostakovich to Schoenberg and John Cage. Within this, there is the essential Corigliano in the invention and structural composition of the music.

The Symphony is not programmatic, but like its predecessors in Shostakovich, inspired by extra-musical events affecting the life of the composer. The symphony becomes a symbolic form by which ideas are “translated” into music and expressed. In this case, this symphony takes on a requiem-like nature in that it mourns the loss of dear friends to the AIDS epidemic – perhaps one of the most terrifying of 20th century phenomenon.

The horror of this infliction upon man is surely beyond description, and the rage towards God or fate in dealing this cruel hand to a loved one is immeasurable. Inevitably, we have to accept and reconcile with the pain and commit the people dearest to our hearts to eternal memory and rememberance. This music will touch us all because we have all been there, transcending its program to express our grief for the dearly departed. In my memory, this music shares with Penderecki’s Threnody for the Victims of Hiroshima and Gorecki’s Symphony No.3 as some of the most moving creations of our era.

It is sad that we have never quite recovered from pondering upon Death in this century (or for that matter all time), and in particular innocent deaths caused by the folly of man. As the face of God recedes against the onslaught of the post-Nieztschean existentialism of modernity and autonomy, the music of our time searches for answers that we have sought for time immemorial.

The four movements follow a logical development, from the rage of the first to the reconcilation and remembrance in the epilogue. An Apologue is a short moral story, that by normal definitions differ from parables in its use of inanimate objects or often animals, instead of people. Its place here is really as a summation of the ideas in the work as suggested by the subtitle “Of Rage and Remembrance”.

The powerful and catastrophic opening of the work tears at the heart with cutting strings, violent percussion, screaming trumpets and the ponderous thumping of the timpani. There is panic in high registers in the trumpet and woodwinds. A short period of suppressed anxiety before a threatening percussive figure leads into an utter disintegration of control, unleashing rage unrestrained. A yearning violin soli leads into the quiet middle section, where the strings weave a transparent, wavering texture around the sounds of an offstage piano playing Godowsky’s transcription of Albeniz’s Tango – surely in remembrance of a friend who loved the music. 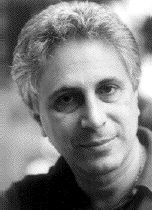 The thoughts of the composer, represented by the orchestra, swirl around the piano until the woodwinds pick up bits of the Tango melody, building it into its conciousness. This is music mourning, impassioned and terrifying to its climax. The piercing metallic clang of hammer-blows is shockingly effective. Then, the orchestra pounds out a dissonant chord insistently and with increasing anxiety and panic. This section is rhythmically incredibly exciting as Corigliano expertly plays off one rhythm against another, generating waves of tension. Another quiet section ensues, all there is left over after the devastating anger, only to have it build up again surge after surge of fury. Finally, the Albeniz Tango returns like a consolation, fragments of memory after an exhasting outburst, fading into the depths of silence.

The second movment, a symphonic scherzo, is a scherzo-frenic, frenzy-driven Tarantella with binary rhythms juxtaposed against turnary rhythms. Moments of reflection contrast with wild outbursts of movement, a schizophrenic passing of ideas from one group of instruments to another, perhaps depicting the inside of the mind of a demented soul. As it accelerates towards the end, “windows” open in the main consciousness to allow some stray idea to come through, like in the aforementioned Tango .

The solo cello theme from the third movement, “Giuilo’s Song”, is built from an improvisation Corigliano and his friend Giulio Sorrentino recorded during their college days. This movement was later reworked as a separate piece with text by William M. Hoffman, the librettist for Corigliano’s opera The Ghosts of Versailles. In the symphony, motifs derived from Hoffman’s poetry intermingle with Guilo’s theme, amidst the haunting chaconne that quietly builds in the background into a brief recapitulation of the first movement. A sounding of chimes reminiscent of church bells above the menacing orchestra is effectively ironic.

In the fourth movement, the Albeniz Tango and the solo cello returns , as of memories returning. The music sounds barren, sometimes sweet, often peaceful with a tinge of pain. To me, this is a reconciliation, one brought about by the inevitable passage of time and not by any lessening of emotion. The epic nature of the work falls to a silent close, with the same A that angrily opened the work, now slowly fading away.

This brief introduction to the Symphony certainly does no justice to its compositional ingenuity and tremendous emotional impact. For those who have not discovered Corigliano, I heartily recommend this as the way into one of the most important and prolific composers of our time.