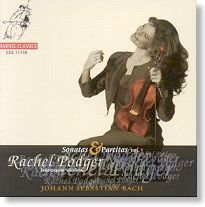 This formidable lady was in Singapore last with the English Concert conducted by Trevor Pinnock (reviewed here). Her account of Vivaldi’s Four Seasons was a convincing first for me, having been accustomed to the same work only on modern instruments. Rachel Podgers, a specialist in the Baroque violin, was invited by Maestro Trevor Pinnock to join his orchestra as leader and soloist in 1997. However, even prior to this distinguished engagement, she was already, and still is, in much demand with established period instrument ensembles worldwide such as the New London Consort and the Gabrieli Consort. Her interest in period music practice and performances have led her to found Florilegium, another exclusive Channel Classics period ensemble. 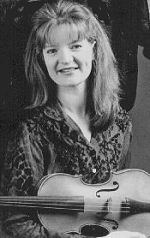 The Baroque violin does not sound as full or robust as a modern violin. Tones are generally more transparent, exhibiting greater clarity; when played well, this can translate into sublimity – witness Rachel Podger here (right). Though Bach wrote these works for the violin – he for a fact did not have the benefit of the modern violin’s metallic strings and superior bow – both of which contributes greatly to the more vigorous sonic character of the modern instrument. The argument of whether to play Bach’s violin works on modern or original instruments thus engendered, scholars can entrust themselves with the job of arguing till the cows come home. As for myself – I choose to appreciate each for their relative qualities, both of which are breathlessly beautiful in their own way.

Bach was an extremely pious person, he believed fervently in God. As such, in an intensely personal work such as the Solo Sonatas & Partitas for Violin, one senses a very strong vein of deference in his music. It is as it were, Bach was himself humbled by the greatness of his creator, amazed by the notes that flew from his hands. Hence, I believe that to play these Violin Sonatas & Partitas well, one must play it with deep reverential respect for Bach and further evoke that humbling experience in the listener.

Having said that – one only need to examine the works of the period to know that the masters of that period were less concerned with feeling but with symbols. Indeed, much of Bach’s music is intended to be descriptive or symbolical. Further, towards the end of his life Bach was obssessed with the compiling and summarising of musical forms such as the fugue. His heroic efforts in The Art of Fugue, A Musical Offering and the Mass in B minor are examples of his onerous dedication to didacticism.

Hence, it is not inappropriate that Rachel Podger’s version be heard devoid of that deep-seated passion apparent in Mela Tenenbaum’s version of the same works. If indeed some soul work was involved, Ms Podger makes it a lot subtler than I can hear it. In her interpretation of Bach, Podger seems to approach the concept of “a humbling experience” in an entirely different way. She plays with that Bachian calmness and calculation and essentially leaves much of the ‘talking’ to the music itself, reproducing the score most faithfully. At times, this appears uninvolving and can lead to ‘dryness’, especially in the slower movements such as the opening Allemande of the B minor Partita, when listeners used to sentimental music can do with some help. At other times, one feels the weight of soul-searching descending on oneself through Bach’s symbols – neither softened through humanity nor romanticised via petty emotions.

To put it another way, while Podger risks losing herself as the key link between music and audience – the musician-interpreter – on the other hand, she, as it were, erases the interpreter role from this music and brings me as close to experiencing a pure spiritual experience as I ever possibly can in this music! And she does this with impeccable technique, great purity of tone and close to perfect control. 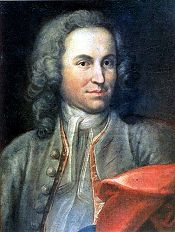 You must be dying to know which do I prefer? I must admit I would like a more involved account, one that takes decidedly greater liberties with the music – not to the extent of playing them with piano accompaniment (as Mendelssohn and Schumann both did); but by making the notes come alive through one’s own experiences. That said, Ms Podger’s intellectual approach is entirely consistent throughout and sensitive listeners will be richly rewarded by the revelation and reflection of Bach’s intense soul in this sublime performance. Hear Podger’s playing of track 4 – the presto in the G minor Sonata, and one becomes enraptured by the ease with which she maneuvers through every single phrase. Despite her choice of a breakneck speed, she manages to control and effect so much subtle detail in dynamic and phrasing that one begins to hear the presto in an entirely different light – one exuding clarity and transparency. This quality is apparent also in the gigue in the Second Partita.

Sample also the boure in the B minor Partita to hear the Baroque violin tone at its most remarkable – Podger manages such large chords with effortless ease! Further, the opening allemande of the D minor Partita is played with distinct fluidity that I have not heard elsewhere. Ms Podger achieves this by employing an especially broad tone* for the Baroque violin.

This review, indeed any review of Bach’s Sonatas and Partitas for Solo Violin, is incomplete without a mention of the formidable Chaconne. Podger demolishes this ‘devilishly’ difficult movement in 13 minutes! Hear her produce sweet fireworks without sounding rushed or careless, but do not expect to hear the grand largeness that you are accustomed in modern instrument versions – it would not be consistent here.

This is an extremely frank account of the Solo Sonatas and Partitas, it does not seek to impress even though it does – though Rachel Podger’s remarkable control and technique; and it does not evoke superflous and engaging emotions. What it does is simpler, yet far more complex – the truth behind why we have embraced authentic baroque sound and loved its transparency in a world that is increasingly messy, harried and deviant – one might just find a very pure answer here.

Yeuk Fan‘s first violin was not a baroque violin but an abandoned violin he found in the corridor of his university hostel – still good, he plays it till this day!