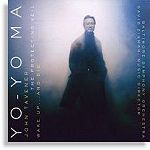 As far back as 3000 years before the birth of Christ the psalmist had written of the coming of the Saviour. In Psalm 22 it seemed evident that the vision of his death was described in greater detail compared to some of the synoptic gospels.

Music also has had a great fascination with the person of Christ and his mother the Virgin Mary. This is seen in the countless amounts of liturgical (and some not even liturgical) works relating to Christ and the Virgin. There was a time when formal music, such as the Gregorian Chants of the monasteries, had no other purpose than to praise God. Modern composers continue to search for spiritual enlightenment through their music, including that in other religions.

JOHN TAVENER (b.1944), not to be confused with John Taverner (c.1490-1545), became famous through his Celtic Requiem and the cantata The Whale. Steeped heavily along Roman Catholic lines, he also wrote the controversial opera Thrse (1976), which looks at the life of the mystic St. Thrse of Lisieux, a famous mystic and doctor of the Catholic church. In 1977 Tavener converted to the Russian Orthodoxy, calling the process a “home coming”. It is evident that after this his music increased its religious emphasis, with even greater fervour. In recent times the name of Tavener has been made famous by the excerpt from Innocence (commemorating the victims of World War II), the “Song for Anthene”, which was heard at Princess Diana’s funeral.What drew me to this disc was not only the fact that the solo cellist was Yo-Yo Ma (you cannot but want to collect everything that he has recorded, for obvious reasons) but the cover of the disc. It shows a background white light with Ma in front, like an image of a near-death experience where one goes through this seemingly endless tunnel with a bright light at the end. The other piece on the album is Wake up …and die. Bearing in mind that mystic writers from the likes of Meister Eckart have voiced that “The kingdom of God is for none but the thoroughly dead”, I just had to listen to what the music had to offer. Mind you I do feel that this music, if listened in its entirety could be just too overbearing for anyone who is just trying to relax.

The notes in the booklet echo my sentiment exactly when it said that “Tavener sidesteps issues of contemporary style and offers music that is at once ancient and new: ancient because of his adoration of the musical past; new because it is his own heart that that is ecstatically revealed.”

The Protecting Veil opens with three rising notes on the cello, carefully repeated as the orchestra makes its gradual crescendo to set the spiritual atmosphere of the piece. I am not sure what religious beliefs Ma may have but judging from recent performances of the unaccompanied Bach Cello Suites for solo cello, I believe strongly that he is a spiritual person. In this recording Ma not only plays with this great sense of spiritualitly but with a great understanding of Tavener’s style.

The Feast of the Protecting Veil was instituted by the Orthodox Church to commemorate the appearance of the Mother of God in the church at Vacherni at Constantinople in the early 10th century. Then the Greeks were under the treat of the Saracens when a vision of the Virgin praying and spreading a protective veil over the Christians appeared. After this moment of inspiration, the Greeks successfully repelled the Saracen army. The music is not a depiction of the fight but a beautiful tribute to the Mother of God. Tavener uses the cello to represent, as he puts it, “the cosmic power of the Mother of God”. Thus the instrument becomes the speaker while “the ensemble chorus and the congregation exultant in its response”. In the various sections of this piece, the Virgin is honoured through the various feast days dedicated to her. In The Incarnation, the music is a bit more sprightly as the orchestra comes in with quick interjections as the cello plays against the grandeur of a string accompaniment.

However it is in the fourth section “Lament of the Mother of God at the Cross” where both composer and soloist are given an opportunity to depict the pain and suffering of a mother watching her son die, nailed to a cross. Tavener has this gifted sense of painting emotion, atmosphere and that sense of abandonment. Ma is in his element here – while one cannot in any way comment on his technique (he is simply perfect and constantly working at it), it is the essence of his bowing against the backdrop of silence that makes his playing so life-like. His pauses and heavy bow strokes in the lower registers bring out the ethereal feeling of seemingly standing with the Mother of God at the foot of the cross. Ma has this phenomenal ability to actually make you walk through the whole experience – I have seldom been touched by an experience of this nature before. The adagio of the movement is never overdrawn, or at any point pedantic. 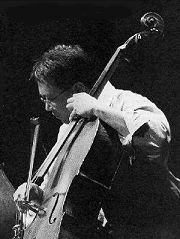 Wake up …and Die is presented here in its world-premiere recording. I cannot say I understand Tavener’s musical intentions; the mystics such as John of the Cross, Eckart or St.Theresa of Avila have never been easily understood, but when one is awakened with their understanding the mind will see new frontiers. Wake up …and die is no exception. Tavener believes that “the solo cello always represents the individual mind dying and the individual mind waking up”. The music is developed on a theme on the cello and reversed over the course of the piece – a palindrome (like the word “civic”). Tavener’s music is not about repetition and Ma is fully aware of this. Every different repeat is given new life and as the title suggests, death leads to and becomes that beginning.

I see all this as the gradual awakening to spirituality that one experiences when going through life, gaining understanding as things repeat in our daily life. The repeats could also be a new beginning, just like how one starts all over again when a new realisation comes about. The music provokes thought: the composer says “the very end suggests a waking up into a kind of peace (not soul slumber, since after death the soul becomes more intensely alive); but we know nothing of that, so the music fades beyond our ears”.