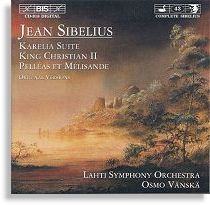 More “original versions”? The truth is, this is not the “original version” of the Karelia Suite – the Suite is the familiar one with the cor anglais, not the baritone. What we have here, though, is not a bad idea; it is a compilation of the original movements (Intermezzo, Ballade and Alla Marcia) from the complete music for the Karelia tableaux. A logical thing to do for the record producer here, offering those who may not have invested in the complete Karelia Music album a chance to hear the interesting differences in the music. The most significant of these will be the very appropriate return of the melancholic cor anglais melody in the Ballade to the voice, a baritone. As I have noted in my full review, it is here evocatively – no, heartbreakingly – accompanied by solo horn and pizzicato strings.

Still, if I were the producer (and since we are raiding Sibelius’ recycle bin like nobody’s business), I would include “The founding of Viipuri Castle” and perhaps even the finale with Finland’s national anthem. For more details of the original Karelia Music, please pop by my 13-Kb review.

WITHIN Sibelius output of more overtly-“Romantic” pieces, one of my favourite has always been the suite for Kung Kristian II (King Christian II). Set to the historical play of the same name by Adolf Paul (1863-1942), the story tells of the tragic love and life of the 16th century Danish monarch, who spent the last 27 years of his life in prison.

The play was completed in March 1897. Sibelius composed four pieces, scored for small orchestra, for its premiere at the Swedish Theatre, Helsinki, in February 1898. In the summer, Sibelius added three more movements, this time for a much larger orchestra. The first four are, in order, the mournful Elegy which acted as an overture; the pastoral Musette followed by the Minuet, both featuring folk dance music; and finally the most significant I think, the simply-constructed Fool’s Song of the Spider. The latter opens the last scene of the play as the Fool (a dramatic convention of wisdom disguised), sings of the tragic condition of humanity’s state of freedom, of how “everyone strives with the spider’s net/ And everyone falls inside”. 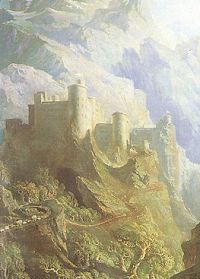 The additional three pieces are the Nocturne and the interludial Serenade , both with ear-pleasing melodies, and the more epic-toned Ballade, with a hint of the Lemminkinen Legends.

This is the first recording of the complete theatre score. Generally, I find that the Lahti Symphony and Vänskä have a way of propelling the music very convincingly. There is just this sense of unhurried momentum in the phrases that spreads through the entire orchestral picture. And as always, the Lahti strings impress with rich tone and pointed playing. Occasionally, the treatment sometimes could do with a little more rubato in the broad, lyrical melodies. For example, I find this rendition of the beautifully sunlit Nocturne (oops, that’s contradictory) not quite as heartwarming as the DG performance by the Gothenburg Symphony under Neeme Järvi (reviewed here).

Nevertheless, this quintessentially post-Romantic music has its moments of warmth and feeling, such as in the understatedly tragi-heroic tone of the yearning Fool’s Song. Here the opening half of the theme seems almost nostalgic, but the latter is laden with much sadness. The singing by baritone Raimo Laukka is moving and richly complements the music; the ominous harp-embellished opening flowing away with his sweetly melancholic song.

For the Suite as we know it today, Sibelius extracted the Nocturne, Elegy, Musette, Serenade and Ballade, in that order. Strings were added to the woodwind passage in the Musette and the fugue (recorded here for the first time) of the Ballade was shortened. Of the rest, only the Fool’s Song retains a measure of popularity. In fact, when it comes to Sibelius’ more instantly appealing orchestral pieces – other than the Karelia Suite and Finlandia, I wish more orchestras would consider playing the King Christian II Suite, which one of the first of the composer’s orchestral works to reach international concert halls. 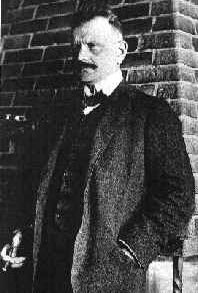 MAETERLINCKS play Pellas et Mlisande, made more famous in the Debussy opera, also provoked music by Schoenberg and Sibelius, among others. As above, the arrangement in the orchestral suite is more well-known. In the original incidental music, written in 1905, Sibelius (right, in the same year) had composed ten numbers, including one song. For the suite, only one movement (No.9) is omitted and Sibelius also gave each movement a name (as opposed to the nondescript numbers). So, although this is the world-premiere recording of the complete theatre score, it effectively simply means we are getting just one new movement above the suite.

No.1 is famous as At The Castle Gate, with its rich opening theme for strings. The scene depicts the opening of the main gate at King Arkel’s castle with optimistic, “dawning” overtones, reaching a majestic climax.

No.2 became Mlisande in the concert suite. It is a gentle scene, with a sad cor anglais melody crying quietly over a field of muted string sighs. Mlisande is sitting by a spring in the forests, crying. The music floats forward by way of its form as a slow waltz. The Lahti Symphony’s clean playing and feeling for atmosphere, combined with their always reliable wind players, make for a very beautiful reading.

I am full of admiration for the orchestra and conductor’s capacity for dramatic unity as they seamlessly continue into No.3 (later known as At the Seashore). This is a highly atmospheric, almost eerie piece depicting Pellas and Mlisande watching the departure of the latter’s ship. The ominous growling of the basses echo the surging undercurrents of the sea – a Sibelian hallmark. As the CD notes say, the strange overhead cries of the woodwind seem to depict birds soaring high above the gloomy scene, appropriately described as “dark impressionism” by Erik Tawaststjerna (the famous Sibelius biographer).

As quickly as it fades, the Lahti winds waltz into a lightly cheerful waltz, faintly ominous, in No.4 (renamed “By a Spring in the Park” in the suite). Here the couple walk to a park and stop by a spring. What I admire about this performance is the way Vänskä keeps the tone of the orchestra just below being really “happy”, and thus keeping the mood within the theatrical context (which is tragic). Likewise, No.5 which depicts “Mlisande at the Spinning Wheel” – dark and made ominous by the symbolic presence of the wheel (of fate?) and its incessant spinning portrayed by a stubborn viola trill acting as a pedal.

No.6, “De trenne blinda systrar” (“The Three Blind Sisters”) is sung here by mezzo Anna-Lisa Jakobson. The somewhat cryptic song on (the fading of) hope is replaced in the suite by woodwinds.

Easily the most immediately appealing of all the numbers is No.7, a “pastorale” played Andantino. I first heard this piece many years ago, and its sweetly tranquil melody has never left my memory. Again, the fluid treatment by the gorgeous Lahti wind section, playing in characteristic Sibelian thirds, is most welcome – very pastorale indeed. In addition to the catchy pizzicato figure on cellos accompanying the winds, listen too for the violins in their quiet soaring accompaniment to the fluttering flutes – a picture of serenity, of little birds flying over the glorious day-lit scene. The mood continues with a joyous Entracte (No.8 in the theatre score), a prelude to the couple’s secret rendevous in the park.

Now for the new bit: No.9 is a prelude before the tragic scene of Pellas’ death. Featuring a dialogue between solo cello and cor anglais above a doom-laden string figure, it is quite in tone with the dark music described above. Praise again for the Lahti SO cor anglais soloist for his/her penetratingly focussed solos.

The music ends with the resigned sadness of The Death of Mlisande. The Lahti Symphony’s strings are capable of very atmospheric undertone, whispering in true pianissimo as they do here at the end of the music. The role of Mlisande was once played by Harriet Bosse, third wife of Swedish playwright August Strindberg. The CD notes describe how, “[l]ying on my deathbed in the last act, the orchestra played The Death of Mlisande. I was so moved that I cried at every performance.”