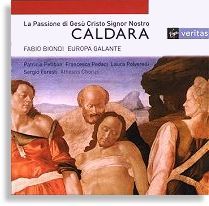 I have been watching for new recordings of Caldara’s music since encountering his wonderful oratorio Maddalena ai piedi di Cristo – so much so I snapped this up without sampling it. The performers are, as far as I can see, mainly Italian (except Patricia Petibon is French, if I’m not mistaken. She has recorded for William Christie and Les Arts Florissants), and they definitely demonstrate that Italian music should be played by Italians. To be honest, I found the slightly acidic tone of the orchestra (compared to the standard clean tone of the British orchestras) takes a bit of getting used to, but once the ear gets the hang of it, the performance is just so colourful and lively.

Caldara was vice-Kapellmeister (and was paid more than the Kapellmeister!) to no less than the Habsburg emperor Charles VI at Vienna, composing for this music-loving monarch a huge number of vocal works, including 25 oratorios and over 50 operas. La Passione di Ges Cristo Signor Nostro was composed in less than two weeks in March 1730. The librettist was Pietro Metastasio, who sent the text to Vienna from Rome by mail.

The story of the Passion, like that of Maddalena, is mostly narrative , description and philosophy with minimal opportunity for drama. Interestingly, Metastasio commented that Caldara “showed far too little concern for expressiveness or giving delight” (from the CD notes) – and yet, as in Maddalena, the rather passive text is made interesting only by Caldara’s endless melodic gifts, in the context of the oratorio. 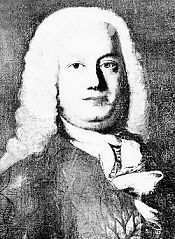 The composer’s style, much favoured by the emperor (who detested the new light “galante” fashion), is not quite the melodic minimalism of Vivaldi or the cantabile of Handel. Caldara (right) seems to strike a delightfully refreshing balance of Italianate song with a talent for very well-placed dramatic flourishes which punctuate the music. I feel, without being able to explain technically why, that Caldara’s music makes sense with the vocal text more than most Baroque composers. The music isn’t just there to provide a melody, but weave and accompany the words in terms of the meaning, the mood and the poetic structure. Hence there is a physical appropriateness to the setting of the dramatic text.

Let’s try an example: if you read the words “When a child first casts himself into the midst of the waters, an older swimmer bears him up with his hand” from (track 30) Se a librarsi in mezzo all’onde, you begin to create some kind of expectation of the music’s mood. When you hear that sense of sad expectation as the music starts, it sounds so right – this is what I mean (which I can’t possibly describe). And before you know it, the mood shifts into brighter tone as the the second part of the line is sung.

This is even more evident in Maddalena ai piedi di Cristo, which has a wider range of expression. Which is not to say La Passione is inferior; Maddalena is more immediately striking and appealing, and still my prime recommendation. If you are new to Caldara, try Maddalena first – it may be twice the price but is completely worth it. If you really can’t afford that or this, then at least try Naxos’s pleasing recording of the composer’s “Christmas Cantata” Vaticini di Pace.

The singers on this album sing with great and easy assurance. Their tones are satisfyingly firm and as far as I can hear, flawless. The role of Pietro (Peter) is taken by contralto Laura Polverelli (at the oratorio’s premiere, it was sung by a male contralto castrato). Sample Peter’s aria Tu nel duol felice sei (15: “You in your grief are blest”) or the philosophical Se la pupilla inferma (24: “If the feeble-sighted” (cannot look at the sun, it is no fault of the sun’s). There is also a beautifully rendered duet with Maddalena (track 17), where both singers’ voices blend with just the right amount of contrast.

Soprano Patricia Petibon is without doubt the heroine of the album. As Maddalena (Magdalene), her brilliantly intense singing is matched by her skilful embellishments and especially her word-painting. She injects genuine emotion into her lines – try the painfully delirious sorrow of Vorrei dirti il mio dolore (track 7: “I would tell you of my sorrow”), where she deliciously curves her last note on the word “sospirar” (“sighs”). Indeed, Ms Petibon is clearly very immersed in the music, taking every opportunity to nuance and turn her phrases, adding a pleasingly light vibrato where appropriate. The recording seems to love her every appearance, even in the delicious recitatives. One prime example is Giovanni, anch’io lo so (27: “John, I also know this”) – her wonderfully flexible voices rings confidently and smoothly glides through the acoustics of the recording venue, the Teatro Valli of Italy.

Her rendition of the aria Potea quel pianto, dovea quel sangue (13: “Those tears, that blood”), where her delivery and accenting of “sangue” (blood) is worth noting for their theatrical portrayal. The sweetening of “have moved to pity the hardest heart” clearly demonstrates her understanding of the words. The shaping, the accelerando trill, her flawless high register – and she makes it all sound so easy. 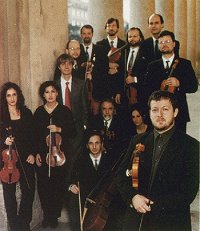 Giovanni (John) is played by Francesca Pedaci (again another part sung by a male soprano at the premiere). I guess the sound of three women singing three roles (of which two are male) is a little confusing on record, but taken as music, their skills are very impressive. Try Giovanni’s aria warning of Christ’s return, Ritorner fra voi (track 20). The Europa Galante orchestra has fielded strings 3:3:2:2:1, with a continuo of harpsichord, organ and archlute. An additional trombone is heard only near the end in Giovanni’s gentle celebration of Dovunque il guardo giro (“Wherever I look”).

Bass Sergio Foresti sings the part of Giuseppe (Joseph). His bass is a light nose/head voice producing the Italian clearly, well-suited to Baroque music, as when he rises above the orchestra in the colourful depiction of the restless sea in Torbido mar che freme (9: “The restless sea in its anger”).

All the singers show genuine understanding of the words; Caldara’s recitatives rarely sound routine (unlike the stereotypical harpsichord-flourish-blah-blah-blah types) but instead fit in between the arias as natural parts of the drama. Here they are not secondary to the arias, but are charged with important roles. As the performances here demonstrate, great unity can be achieved between the two genres, hence creating much atmosphere and dramatic flow in the story.

The Athetis Chorus are particularly well-fitted in the recording and oratorio – representing the crowd or the generic commentary chorus, their open, unmassed choral voice depict a group of individual speakers very well. Acoustically they have been placed further back in the recording, which enhances the (somewhat Monterverdian) background crowd/anonymous chorus effect. This sound seems to distance us away from the intimacy of the main story, forming a powerfully dramatic device with which each Part of the oratorio, and the whole itself, closes.

As I have praised the music, so do I imply the excellence of the orchestra. Led by well-known Italian Baroque director/violinst Fabio Biondi, the Europa Galante orchestra are completely in tune with the singers. Warmth, life and colour – everywhere and very Italian.

This disc is available or can be ordered from Tower (Pacific Plaza & Suntec City), Sing Discs (Raffles City) or Borders (Wheelock Place).