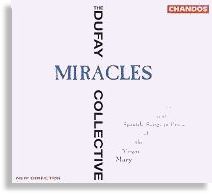 Once upon a time, long long ago, there lived a King. His name was Alfonso X (the Tenth) and he lived from 1221-1284. Posterity also came to call him by the title, “el Sabio”, which means “the Wise” or “the Learned”.

The King was but a simple ruler, the sovereign of Castile and Lon from 1252-1284. But he loved music and the arts, and above all the King worshipped the Virgin Mary. He led his court to create a collection of music devoted to describing her deeds – and thus was born the Cantigas de Santa Maria.

These songs sing of the greatness, the kindness and the redeeming power of the Virgin. In Como pod’a groriosa, a crippled girl whose feet faced the wrong way is taken by her father to a shrine to the Virgin, where they pray. Awakening in pain from her sleep that night, the girl realises that miraculously, her feet has been twisted into their proper shape, and she can finally walk.

The King has a pet hunting ferret which he keeps in a cage on his horse when he goes out hunting. One day, on a hunt, the ferret falls out of the cage into the path of the horses. Immediately, the King calls out to the Virgin to save his companion. Miraculously, the little animal survives the accident unscathed. Thus it is sung in Eno pouco e no muito.

A Moorish woman’s son dies of illness, describes Quen quer que na Virgen fia. Full of grief, she prays all night at a shrine to the Virgin, holding the image of her son in her hands. By morning, the Virgin has returned life to the boy.

Thus it is demonstrated the mercy and compassion of the Virgin Mary, the miracles of whom are available to animal and human alike. 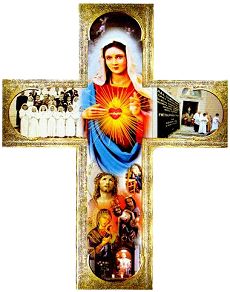 This is my first encounter with the Dufay Collective, formed in 1987. I did not expect very much that would be new to me, but their musicality, skill and commitment to the performances is truly splendid. Their colourful instrumentation, mostly speculative since no one is sure how these pieces were performed in its time, can be quite surprising. I had no idea that six musicians could produce such a glorious racket as in the Procession, CSM 207, a crescendo-ing “march-past” of braying brass, singing woodwind and clanging percussion.

Right: The “Miracles” CD package folds out to reveal this cruciform design. The disc is fitted at the middle. Brief notes and English synopses of the vocal texts are provided. More comprehensive sleeves notes, texts and translations can be obtained by writing to Chandos.

But the glory of the disc must lie with the delectable voice of Vivien Ellis. Bear in mind, once again, that the singing style for Early Music is essentially informal (where operatic, mainstream classical singing = formal). The language of the songs are in the “courtly lyric dialect of Galician-Portuguese”; but to the modern ear, the effect is more, to put it crudely, “folk-like”. Significantly, it is an unforced musical style – natural.

Ellis sings with exactly this – naturalness, plus musical grace and conviction in the words. In Quen quer que na Virgen fia, accompanied by the voices of the Collective in choruses and the merry instruments, the effect is joyous yet understated, extremely elegant in its “rustic” informality. Another gem is the beautifully “reprimanding” O Nome da Virgen Santa, which describes the Virgin saving two errant monks from the devils. 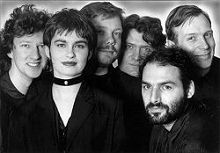 Maybe it’s my imagination, but I felt a faint trace of humour in the music, which is actually very jubilant and soothing at the same time. Again, Ellis’ easy, story-telling mode of singing is a delight. You get the sensation of sitting before a fire in the open, in the tranquil evening, listening to a troubadour singing some magical tale. The tale is made all the more enchanting by the very accessible tone and playing of the Collective’s instrumental musicians, who besides performing several instrumental pieces in this collection, also join in as a chorus.

Once you get used to the vocal style (if you need to), this disc provides a fascinating journey into the 13th century world of the Iberian Peninsula. At the very least, here is a king, who despite his ineptness at rulership, did something more royal than most kings put together. The Cantigas de Santa Maria number more than 400, a feat matched only by Bach’s Cantatas.

A full catalogue of Chandos is now available in Singapore at HMV (The Heeren).