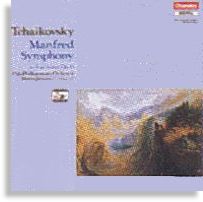 Manfred is a long dramatic poem by Lord Byron (1788-1824). In addition to Schumann’s well-known overture, Tchaikovsky also used as inspiration for music. I am surprised to learn that his Manfred Symphony was written between his Fourth and Fifth Symphonies, which are by far much more popular. In fact, after its premiere in 1886, Tchaikovsky wrote to his patroness, Mdm von Meck, claiming that Manfred was his best symphonic composition so far.Tchaikovsky provided a literary key to all four movements, similar to what Berlioz did when he composed the Symphonie fantastique. The ‘Manfred’ theme, representing the hero, is repeated throughout the whole work. Such programme symphonies allow the listener to stretch and feed his imagination on top of providing pure musical satisfaction.

Tchaikovsky mentioned that the first movement was not to depict a certain scene but to reflect Manfred’s state of mind. “Manfred wanders in the Alps, tormented by doubt and racked by remorse and despair at the memory of Astarte whom he has loved and lost”. The movement opens with the woodwinds playing the Manfred theme and the strings playing detached chords which sound like the hammer blows of his fate. The strings continue with accented long notes and here, the Oslo Phil plays with such great intensity that one cannot but deeply sense the remorse and despair. This is in my listening experience one of the most powerful motifs depicting such emotions.

Shortly into the first movement, the orchestra reaches the first climax with a brilliant fanfare. The Oslo brass section plays with confidence, projecting a clear and bright tone. The sounds of the strings and brass are well-balanced by Chandos’ engineers during the fanfare passages. It is irritating when a fanfare passage is drowning the strings, pretty common in many recordings.

The second movement has the following literary key: “The fairy of the Alps appears to Manfred beneath the rainbow of a waterfall”. Indeed, I can visualise the fairies gliding in the air when the movement opens with the strings playing light spiccato phrases, alternating with the woodwinds. The second theme sounds sweet and very oriental. Oslo’s flautist really impresses me with a sweet tone and delicate phrasings for his solo passage. The movement approaches the end with dimunendo, and is wrapped up by a whizzing ascending major scale on a solo violin. What an interesting way to end. Sounds as if the fairies have just vanished into thin air! 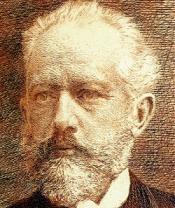 In the third movement “Pastorale”, Tchaikovsky conveys “[t]he simple, free and peaceful life of the mountain folk”. A sweet and gentle oboe melody introduces the movement and the muted strings are playing lethargically. A dreamy mood looms and pastoral serenity is felt. However, these are periodically disturbed by the abrupt entries of the melancholic Manfred theme as well as other ferocious moments. The Oslo Phil plays these passages of different moods with sudden and great contrasts which successfully emphasises the drama in the music. There is a little flaw in this performance though, in which the re-entry of the main theme is marred by messy and out-of-rhythm string playing.

The exciting last movement depicts “the infernal palace of Arimanes where Manfred appears in the midst of a bacchanal. Evocation of the shade of Astarte who predicts the end of his earthly sufferings. Death of Manfred”.

It opens with brilliant brass fanfare and much of the movement is full of running passages for all sections in the orchestra. The Oslo plays with ease and clarity and successfully brings out the drama in the music. Similar to previous movements, no single mood prevails throughout this movement. I love this particular haunting theme that sounds as if Manfred is struggling with death. This is another passage in which the strings are doing tremolo and the horns playing syncopated notes… sounds very much like an amusing cowboy tune. It’s kind of weird to hear this melody from Tchaikovsky, not very typical of his style. The organ is introduced at the end.

Tchaikovsky’s music is always full of beautiful and emotionally charged melodies which he skillfully develops and orchestrates into enchanting works. The Manfred Symphony is one such example which deserves wider attention.

In Singapore, this disc can be found or ordered from Sing Discs (Raffles City), Tower (Pacific Plaza and Suntec City), Borders (Wheelock Place) or HMV (The Heeren).