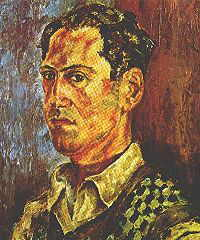 IF GEORGE GERSHWIN was still alive today, he would have been 100 years old on September 26, 1998. Cruel fate took him away after only 38 of those years but what a wonderful 38 years those were! The only composer to have truly successfully tread the line between jazz and classical, redifining a whole genre of music and making his own so popular today. By infusing Jazz into the Classical, he has perhaps shown us that there is, as Duke Ellington would put it “no such thing as Jazz and Classical, only good music and bad music”. I owe Gershwin a personal debt because he made Classical music more accessible to me and less academically stuffy. In this spirit, I present to the reader who has not given himself or herself the chance to listen to classical music, this fine recording which is definitely one of the best to begin with. To all the Gershwin fans, this is one rendition that we don’t want to miss. Trust me.The title track “Dayful of Song“ was arranged by arranger-orchestrator Sid Ramin and the conductor Andrew Litton. It was derived from seven unperformed and unpublished songs that were found amongst the boxes of fragments and sketches of ideas for future works left by the composer. The title was taken from the song “I Got Rhythm” where “…birds in the tree sing their dayful of song”. Not a “great” work per se but something that I lapped up as any Gershwin fan would. No one can mistake the tuneful Gershwin touch and the simple yet engaging medley-style arrangement is an apt tribute to the composer. Rhapsody in Blue may be a favourite that has been recorded umpteen times but this one features the original arrangement by Grofe for Jazz band and four strings parts, as featured by the Paul Whiteman Band during “An Experiment with Modern Music”, the original title of the concert during which the Band premiered the Rhapsody in 1924. It retains the distinctive flavour right from the clarinet smear in the initial bars that would change the face of music. Leonard Bernstein’s rendition of Grofe’s second re-orchestration for full orchestra with the New York Philharmonic may have been ‘definitive’ but the rich ensemble playing by the Dallas SO is in a class of its own. Andrew Litton’s interpretation and piano playing is authentic and true to the spirit of the music as Gershwin would have intended – the virtuosity of a classical pianist but the freedom and touch of a jazz artist. The orchestra responds to this with the same fervour, demonstrating the technical proficiency of a world-class orchestra yet infectious with their “tougue-in-cheek” and raucous jazz band-like approach to the music. Most commendable are the soloists who deal with finesse and style the showy parts which Gershwin so generously dishes out in the score.The Lullaby (here arranged for strings) and Promenade (“walking the dog”) for solo clarinet are two lesser-known Gershwin works which once again demonstrate his melodic genius. The ensemble work is incredible, an aspect that I find so much lacking in many orchestras. This is one element, I feel, that differentiates a great orchestra from a merely good one.

An American in Paris is another frequently performed piece. The treatment given here by Litton is once again unique right from the first bar! Listen out for that beautiful blues melody in the slow section and the swinging trumpet solo that follows. So, do we do that in swinging quavers or play it straight? Litton shows us that you can do both!

The Latin-American Cuban Overture (subtitled “Rumba”) is another example of how Gershwin liked to bring bits of his travels back home. He wrote this piece to utilise many Cuban percussion instruments he brought home from his trip. I guess never a better excuse for writing an overture ever existed! The hauntingly beautiful slow section is a foreshadow of “Porgy and Bess” and shows how much his composition had advanced since the Rhapsody.

Delos’ “Virtual Reality” recording proves to be yet another good reason that adds an edge to this already marvellous recording, especially so if you have a surround sound system at home.

What more can I say? I can only wish that Litton had chosen to release a double CD that included the three Preludes for Piano, Concerto in F, Porgy and Bess, Second Rhapsody and a couple of George and Ira songs! Andrew Litton (right) and the DSO is definitely one partnership I will keep watching. Well, I hate being too critical…most music is best enjoyed as it is, and Gershwin especially so. Perhaps the spirit of the performance is what I am after, that is one factor that is so hard to define. So why define it? Just let yourself be moved…

More Gershwin! “The Complete Gershwin (VoxBox) | Porgy and Bess – an Ink-troduction | Feinstein Sings Gershwin | Gershwin: Remembrance & Discovery
This disc is available at or can be ordered from Tower (Pacific Plaza & Suntec City), HMV (The Heeren) or Borders (Wheelock Place).
Adrian Tan is a Singaporean in Singapore who thinks that there ain’t necessarily a difference between classical music and jazz.