Includes libretto in French, with English and German translations.

Hector Berlioz was a French Romantic who described himself as “a musician of morbid sensibility and ardent imagination.” Les Nuits dt or “Summer Nights”, written in 1840-41, was first written for a mezzo-soprano or tenor, accompanied on piano. Absence was orchestrated in 1843, and the rest in 1856. The six songs are linked by recurring musical material – all about Romantic love. There are four darker, more sad songs framed by two lighter numbers at the beginning and end.

The first song Villanelle describes a lone lover dreaming about escapades into the woods with her lover… about their play in spring arrived. Le Spectre de la Rose (“The Ghost of the Rose”) and Sur les Lagunes or (“On the Lagoons”, marked “Lamento”) sing about the bittersweet lament of a lover lost in death. L’Absence implores for a lover to return while Au cimetire: Clair de lune (“At the Cemetary: Moonlight”) carries this idea further, juxtaposing the earlier preoccupation with death with hope. Finally, the entire very successful idea sums up with Lile inconnue or “The Unknown Isle”, in which conceptual resolution is achieved by suggesting the unpredictable future:

The entire concept of Les Nuits dt as a cycle is far more complex than say Schubert’s Die schne Mllerin or Schumann’s Dichterliebe. Nevertheless, it is extremely successful as it develops this very common idea – love – in a very different way. This contrast and perpetual infatuation with death heightens the dramatic preoccupation with love in an imaginative and exquisite way. Berlioz’s ingenuity for orchestral manipulation contributes immensely to this very cerebral concept as it is able to balance the intellectual poems with the passion and musical imagination typical of anything in his output. 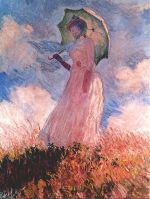 Thus said, the operatic arias that follow the song cycle are understandably rich in orchestral colour and ideas; always respecting the voice as a unique instrument, Berlioz weaves his characters and their lines amongst some of the most successful orchestral parts for opera. Berlioz is never boring. Berlioz’s colourful style can be as easily identified as is music by Rossini, Wagner or Mahler.

The definitive recording of Les Nuits dt must surely be that by Dame Janet Baker on EMI. This Sony recording features Susan Graham – American, her French is acceptable though I disagree with her choice to beautify the difficult-to-sing French accent. At times, she almost sounds like she is singing Italian. Graham fails to bring out the deep seated complexity that I have described about this music. The preoccupation with death and love, lost and found is not made suitably affecting. Partly also, her generally thick voice, suitable for Berlioz, but somehow ineffectually French fails to deliver the essence of Berlioz. Perhaps Verdi, perhaps some other lirico-spinto role, but not Les Nuits dt, and not also, the subtlety of Berlioz.

Further, I suspect that a sizable amount of engineering has gone into this recording to balance her thick open higher register with her soft, almost spoken passages; which therefore disguises her weak projection and lack of focus at this lower register.

But read this – Graham’s voice is golden if put in the right role. She displayed such strength in her head tones and also a climbing open high register that does not thin out. With further smoothening of the remaining problems of interrupted registers, she will be a voice to watch in a few years, when she will have achieved a ease of maneuvering all vocal jumps. With the right guidance and suitable roles, Graham (left – note difference without makeup…) has far to go. Opera is about human stories – before one can inject the feeling heart into the roles, one must first be able to free one’s mind about how the next note is going to be produced.

John Nelson and the Orchestra of the Royal Opera House plays subservient to Graham’s voice. The equal play between voice and Berlioz is somehow lost, somehow not celebrated enough. There is a lot more that can and should have come from this orchestra of great capability. Perhaps more frenzy, more play, more imagination would have paled Graham; but I suspect not – the problem seems to lie with Nelson’s controlled reading.

Ng Yeuk Fan went out to buy another Berlioz disc after reviewing this… Berlioz’s orchestration is simply so fabulous….

Back to the Classical Index!… or read previous Pretty Face reviews at the Inkpot