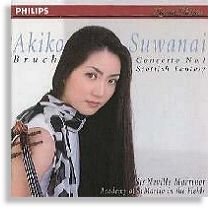 The history of the Tchaikovsky Competition has produced winners in the likes of Gidon Kremer, Eugene Fodor, Victor Tretyakov and, in recent years, Viktoria Mullova and Ilya Kaler. The competition originated in 1958 and out of the 10 occasions when the competition has been convened, only two women have been outright winners — Viktoria Mullova (1982) and Akiko Suwanai (1990). Akiko Suwanai played to thunderous applause at the Competition and this has been captured on “The Winners Gala” (Teldec 22924-46010-2) CD. Also on the disc is a performance by Boris Berezovsky (winner in the piano section), who has incidentally played with the SSO and at the 1995 Piano Festival. One may well ask why Suwanai has taken so long to come up with an album when winning the Tchaikovsky Competition is the ticket to recording assignments with major labels like Decca, Philips or Deutsche Grammophon, as well as performances with all the major orchestras in Europe and America. Going through the CD booklet, she has definitely had the exposure, having performed with Andr Previn, Seiji Ozawa, Mikhail Pletnev and Yuri Temirkanov. However, one of the main reasons that she has not recorded anything so far was the fact that she had chosen to go back to studying at Julliard. After hearing her Tchaikovsky competition performance, one would surely ask: is there a need for further study? Could she have bettered that competition-winning performance? I remember reading an article which stated that Dang Thai Son (winner of the Chopin Competition) had retreated after winning and continued studying for a long period. That was the year that he was totally overshadowed by Ivo Pogerelich who had been knocked out in the semi-finals.

Akiko Suwanai has said that this recording brought out the essential message of “not merely [knowing] how to play the violin expertly but how to use the instrument to get at the heart of the music [I] perform.” This, she says, she learnt not from her studies at music college but from a few short remarks made by Isaac Stern. It is interesting to hear the opening bars of Bruchs (below right, looking stern) G minor Concerto played by her. Stern takes a long-drawn approach to the opening note which I somehow preferred to Suwanais. However, it is her deep reading and intense playing that sets the mood for the exploitation of the dark regions of G minor in a dramatic manner. 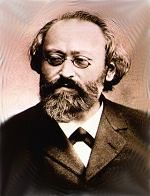 Right through the concerto her attention to details are clear and teaming up with the experienced 73-year-old Sir Neville Marriner must have made things easier for her. Sir Neville went on to comment that four years previously when he had performed with her, she seemed to have “displayed an accurate technique but seemed to be too introspective.” Now, ” she has become much more extrovert in the positive sense of the word and her expressive range has increased beyond measure.” The last movement, marked “Allegro energico”, brings us to a grand “summing -up” theme of climactic and stunning eloquence and the perfect sound of her Stradivarius helps to accentuate this. Her double stops are executed with ease and show no signs of strain.

Overall I would rank this performance as a good buy and a good alternative for comparison would be Kyung Wha Chungs 1972 recording, recently reissued on Decca Classic Sound (448 597 budget-price).

The Scottish Fantasia (or Fantasy) is virtually a concerto with four movements and is by no means an easy work to perform. The solo violin has a virtuoso’s idiom with a heavily Romantic bias. This work, scored for a full orchestra, has the harp featured quite prominently in the first movement which differentiates it from other violin works. The third movement uses the sweet, nostalgic “Im doun for lack o Johnnie” with the harpist displaying much of the virtuosity in the music. Akiko once again displayed her confidence at tackling a work which most would not consider for a debut recording. Why risk the initial impressions of the audience?

Overall this performance truly captures the spirit of true affection which she wants to convey. It would be interesting to hear what her next recording would be like. Judging by the performance of the Shostakovich violin concerto which she gave in Singapore to a packed hall, I am convinced that she is able to play the hardest of the violin repertoire — after all let us not forget that she is a Paganini Violin Competition winner and also the Queen Elizabeth International Competition winner, who has also studied with Dorothy Delay, Lin Cho Liang and Harvey Shapiro at Julliard and Columbia University. Overall a brilliant performance.

This disc is available at or can be ordered from Tower (Pacific Plaza), HMV (The Heeren), Sing Music (Raffles City) or Borders (Wheelock Place).