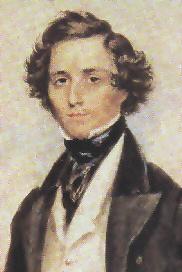 Mendelssohn died on the 4th of November, 1847, so 1997 marks the 150th anniversary of his passing. With the recording companies directing their marketing efforts to Brahms and Schubert, poor Felix seems to have been given unfair treatment. This may suggest to the public that Mendelssohn is somewhat less important to the other two. His music may not be as intense as Brahms or as emotional as Schubert, but they always exhibit the masterful signs of grace and proportion of the greatest Classical composers. As one of the earliest Romantics, Mendelssohn’s works were tinged with deep emotion, although he kept closely to the traditional forms. Unlike Berlioz, he was not a great innovator, but his talents clearly did not lie with that direction.

It is delightful to have such a two-disc set of the first three acknowledged symphonies (Mendelssohn composed 13 string symphonies in his childhood) in such an economical package. The First Symphony begins in an arresting fashion, exhibiting strong Classical traits. Written at the age of 15, the entire work is highly enjoyable, especially the dance-like third movement. Unjustly neglected, it is a clear testament to the genius of young Felix. The London Philharmonic conducted by Bernard Haitink play very well indeed, superbly communicating the playfulness of the work. 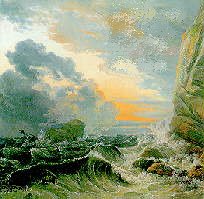 They work their magic again with the “Scottish”. The orchestra play with ease and finesse, sounding most impressive traversing the running notes in the second movement Vivace non troppo. Perhaps the contemplation of the Adagio is not so effectively conveyed, although the sprightly atmosphere is always beautifully presented. Similarly, “The Hebrides” overture is successfully done, the musicians sonically painting a rich depiction of the waves that had characterised the location for Mendelssohn in 1829.

Chailly takes over the conducting duties in the symphony-cantata that occupies the whole of the second disc. Although numbered second, it was actually written last, in 1840 for the Leipzig celebrations for the 400th anniversary of printing. Mendelssohn was evidently thinking of Beethoven’s “Choral” Symphony when he composed this work. The first half consists of three purely orchestral movements, followed by a cantata based on scriptural exhortations. The entrance of the choir is impressive and the singing is of a high order, aided by transparent recording, although there is slight sibilience. The tenor, Siegfried Jerusalem, is particularly ear-catching, with him at his most expressive in “Saget es.” Overall, this is a satisfying performance of the work.

If the only Mendelssohn symphony you have heard is the “Italian”, then go out and buy this set! If you like Mozart, this Duo will bring you hours of musical pleasure. There is simply no better bargain of this stature of performance and sound quality. As the music here evidently shows, Mendelssohn is not a light-weight composer, despite the persistent allegations of “fairy music.” If you have dismissed the music of this Classical Romantic so far, this inexpensive two-fer may just convert you.

This way to the Inkpot Tribute to Mendelssohn!

This set is available at Tower (Pacific Plaza & Suntec City), HMV (The Heeren) and Sing Discs (Raffles City). Mention the magic words “The Flying Inkpot” to Doris and get a dollar off these CDs!

Back to the Classical Index!… or read previous Mendelssohn reviews and features at the Inkpot