Inktro. Among early 20th-century British composers, Gustav Holst (1874–1934) occupies a special place in the minds of the general public. Born into a family of musicians of mixed German, Russian and English lineage, Holst spent a childhood surrounded by music. He was initially drawn to composition, but his works failed to attract much attention.

Financially supporting himself as a trombone player and a music teacher, Holst continued composing in many forms, such as choral works (The Hymn of Jesus, 1917), opera (The Perfect Fool, 1923), orchestral works (Egdon Heath, 1927) and Two Suites for Military Band (1909). However, it is the orchestral suite The Planets that made him famous overnight, and the spectacular and colourful work has influenced generations of film-score composers. Its popularity derives partially from the universal appeal of its subject matter as well as the brilliant scoring that showcases the sonic extremities and multifarious textures that only an orchestra is capable of.

The Planets (1914-1916) is a programmatic “Suite for Large Orchestra” of seven parts, each musically describing the astrological and mythological associations of the seven planets (Earth is excluded and Pluto was discovered in 1930). Holst was introduced to the study of astrology by his friend the writer Clifford Bax, and became skilled in the reading of horoscopes. This interest suggested to Holst the astrological (in contrast to astronomical) qualities of The Planets, and provided a scheme for an extended orchestral suite. The Planets is arranged in pairs, with adjacent movements providing maximum contrast.

The opening piece, “Mars, the Bringer of War” is a musical description of the War God, its hard rhythmic thrust suggesting both a gathering storm as well as a relentless juggernaut. “Venus, the Bringer of Peace” paints a mystical vision of peace, and “Mercury, the Winged Messenger” follows up with quirky and mysterious tone-colours in a quicksilver scherzo. “Jupiter, the Bringer of Jollity” is the most famous movement, the heroic elements of the beginning contrasting with the noble hymn of the middle section.

“Saturn, the Bringer of Old Age” was Holst’s favourite movement, and it presents human reactions to the onset of old age. “Uranus, the Magician” uses rumbunctious orchestral playing to depict a bumbling sorcerer pulling off one last spell. This leads to the aptly-named “Neptune, the Mystic”, making use of the strange sounds of strings and percussion, fading off into a wordless chorus of women’s voices evaporating into infinite contemplation.

Recordings. There are numerous excellent recordings of The Planets to choose from. Charles Dutoit‘s digital version with the Montreal Symphony Orchestra is beautifully recorded and technically impeccable, but comes across as superficial. Some may find the playing a bit tame (“Mars” suffers the most from this approach), but the general musicianship is high, and the technique of the players is flawless (Decca 417 553-2 full-price).

Herbert von Karajan draws the lush sounds of the Berlin Philharmonic once again in his later digital recording. This version has the advantage of wide-ranging dynamics that the work needs to deliver its full sonic impact (DG 439 011-2 full-price. Cover left).

John Eliot Gardiner‘s recent recording with the Philharmonia Orchestra comes with Percy Grainger’s The Warriors as a fill-up. Playing is superb, except for a slightly untidy conclusion to “Jupiter” (DG 445 860-2 full-price. Cover right.).

Those wanting a Romantic view of the suite will be delighted with James Levine‘s version with the Chicago Symphony Orchestra. Levine uses overflowing strings and shimmering playing to conjure a emotionally overwhelming interpretation (DG 429 730-2 full-price).

The next three CDs all come with Edward Elgar’s Enigma Variations. It was Sir Adrian Boult who premiered the Suite in 1918. His interpretation with the London Philharmonic is unashamedly traditional, and remains a sentimental favourite for many collectors (EMI CDM 7 64748-2 mid-price).

Karajan‘s earlier recording with the Vienna Philharmonic has just reissued on “The Classic Sound” series, with Pierre Monteux and the London Symphony playing the Elgar (Decca/Classic Sound 452 304-2 budget-price).

William Steinberg‘s 1971 rendition with the Boston Symphony Orchestra comes with a pulsating “Mars” and a swaggering “Jupiter”. The slightly raw playing of the orchestra lends itself to a sponteneity that makes this underrated version highly satisfying. It comes with a lovingly played Enigma by Eugen Jochum and the London Symphony (DG Classikon 439 446-2 budget-price).

Another great bargain is Vernon Handley‘s digital recording with the Royal Philharmonic Orchestra. The sound is attractive and the playing convincing, and it comes with a suite from The Perfect Fool (Tring TRP 007 budget-price).

Those wanting an overview can do no better than to purchase a well-chosen collection of Holst’s works titled “The Essential Holst” which includes a blazing Planets with Sir Georg Solti and the Chicago Symphony (Double Decca 444 549-2 budget-price, 2CDs). 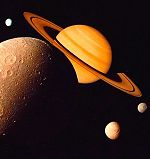 All prices in Singapore dollars. In Singapore, these CDs may be found at or ordered from Tower (Pacific Plaza & Suntec City), HMV (The Heeren), Borders (Wheelock Place) or Sing Discs (Raffles City).

Isaak Koh is presently listening to Shostakovich’s Symphony No. 5 by Bernard Haitink and the Royal Concertgebouw Orchestra.

Gday! I just wanted to suggest your blog is amongst the properly outlined, the majority motivational Ive noticed inside several years. Thx!