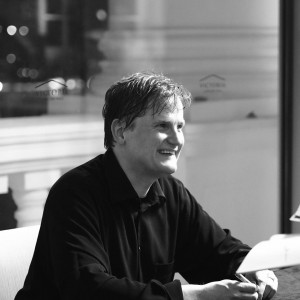 This evening must be the “meat” of this year’s Festival: a recital consisting of nothing but a full half-cycle of Prokofiev Piano Sonatas is surely not for the faint-hearted. The programme proved to appeal mainly to connoisseurs, evidenced by the hall that was slightly more than half full (also, this being a weekday night). However, for those present to partake in this extreme activity — by concert standards — we were rewarded with a superlatively satisfying experience, masterfully rendered by Finnish pianist Olli Mustonen, in perhaps the only recital of this kind this side of the world.

Prokofiev’s cycle of piano sonatas spans his entire compositional life, and like Beethoven’s piano sonatas, closely reflect the composer’s life and change in compositional style. As such, in an musical sense, it is almost logical to present them as a cycle, something Mustonen has done for the Helsinki Music Centre and Lille Piano Festival. For Singapore, Mustonen has decided to play us an essential five in one night.

Right from Sonata no.1, we hear Prokofiev’s (right) earliest style: distinctly Rachmaninovian, he used similar devices and a late Romantic lyricism superfluously, even as snippets of his individuality came through here and there. The Sonata would have been believable as a caricature if it was not so earnest, and Mustonen delivered it as what it is: an early work that the composer himself was happy to leave behind as a closing bookend for his “early style”. Sonata no.3, in contrast, is more robust, despite being in only one movement. Here Mustonen worked the musical material against each other, contrasting the larger first theme against a more expressive secondary theme. Sonata no.5 was written while Prokofiev was residing in the West, away from Soviet eyes, and displays a hefty dose of complex chromaticism and dissonance that was in vogue in French music at that time, while not losing the composer’s unique angular, dry style.

Prokofiev’s Seventh and Eighth Piano Sonatas prove him to be a titan of keyboard composition. Deeply virtuosic and steeped in 20th century idiom, the sonatas often called upon forces that seemed greater than what ten fingers could muster, utilising an orchestral texture that was unforgiving; or ambiguous tonalities arranged loosely around the keyboard; or contrasting voices that clashed together. The slow movement of both sonatas are lyrical and more tonal, reflecting a side of Prokofiev that was more tender and reflective. Mustonen sang the lyricism with ease, gauging moments expertly and not allowing the notes to run away aimlessly.

The ultimate test, though, must be the concluding movements of the Seventh and Eighth Sonatas. Both require great muscular strength and stamina, and the pianist is required to hang on to the musical idea tightly, giving a clarity of line that transcends the multitude of notes flying around. Mustonen, likely drawing on his experience as both a conductor and a composer, easlly traipsed over the landmines, landing massive chords with ease, while not giving up the main thrust of the rhythm, and allowing the melodic line to sing. Under his hands, the sonatas came alive, and even more than Prokofiev’s celebrated acerbic wit and angular harmonies — surprises lurk around every corner — Mustonen’s playing was visceral, brutal and uncompromising where these qualities were required. He did not over-romanticise the pieces to make them more palatable, but instead emphasised every quirk and turn, celebrating every dissonance and lopsided stomp. Mustonen closed the first half with the Eighth and the second half with the Seventh, and both times he was nothing less than electrifying. His familiarity with and understanding of the Sonatas stemmed, no doubt, from his preparations for the Prokofiev cycle performances, and we certainly hope this is not the last we hear of his Prokofiev Sonatas.

Mustonen obliged the audience with two encores, despite sweating up a storm after the inhumanly taxing programme. His second encore was the March from Prokofiev’s opera ‘The Love for Three Oranges’, played in an even more exaggerated manner than the Sonatas, giving in fully to the lively satire and sardonic wit that Prokofiev is known for. We could not have wished for a better pianist to bring us Prokofiev tonight!