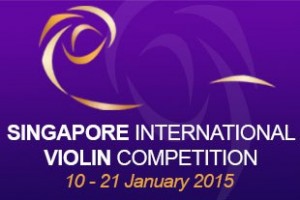 Music competitions are where the dreams of many crash and die – sometimes unfairly so. One can certainly tell a technically good violinist from a technically less accomplished one from how cleanly, how fast they can play passages, how agile their fingers are, but beyond that, ranking of one musician above his peers, especially at the highest levels is not easy, and I do not envy the judges their difficult task of judging this, the first Singapore International Violin Competition.

We heard three violinists tonight in the grand finale of the Singapore International Violin Competition. 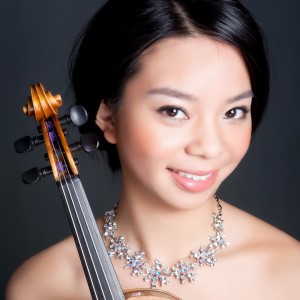 First up was Sirena Huang, with the Tchaikovsky concerto – a warhorse that under the right hands can still dazzle and enchant. Unfortunately, that did not happen here, in an account that was technically perfect, but seemingly calculated to bore.

At a competition finale, one expects technical finesse and perfection, yes, but also, hopefully, temperament, musicality and chance-taking. In this, Sirena was what music-loves have come to stereotype as an ‘Asian violinist’ – beautifully sweet tone, impeccable double and triple stops, incredibly reliable in the quick passages, but with no sense of what the music needed and little idea of how to shape it and what to communicate. She was far too careful and lacked fantasy – the last thing you’d expect in a piece like the Tchaikovsky.

My verdict: How ever did she get into the finals? 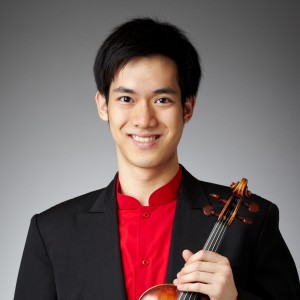 The tall and lanky Taiwanese violinist Richard Lin played the Brahms concerto after the interval. Technically just as assured, he was far more involved than Huang, but he squandered several expressive opportunities, including even the (admittedly ‘obvious’) dolce pianissimo passage after his impressive Joachim cadenza. The best performances of the Brahms happen when the soloist listens to the orchestra, and is ‘part’ of it, and that didn’t seem to happen here, with Lin taking on a more traditional ‘soloist’ role. The second movement, while played rather nicely, was out of his emotional depth, missing that bit of Brahmsian regret. The gypsy finale, blazed with a virtuosity that he seemed more comfortable with.

My verdict: Very good, much better than Huang. But still lacking something special.

The Sibelius concerto has seen an increasing appearance at competitions and is itself commonly paired with the Tchaikovsky concerto on disc nowadays, and it’s not difficult to see why – lots of chances for virtuosity to come through, numerous solo passages of great difficulty, chances for expressiveness. In this competition, out of 35 contestants, no less than 16 chose the Finnish composer’s warhorse, compared to 8 Tchaikovskys. 5 Brahms, 4 Mendelssohns, 1 Beethoven and 1 Prokofiev 2. 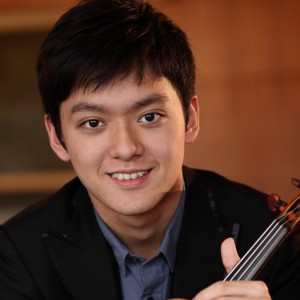 But the concerto also demands a certain inner, Nordic temperament, or else overwhelming virtuosity, which even on record is hard to find. Naturally, statistically, it’s not hard to imagine a mismatch between the temperament of the violinist and the concerto, so I listened intently. Armed with a gorgeous lower range on his violin, though a less reliable technique than Wang, Taiwanese Benny Yu-Chien Tseng wowed by his panache instead. His first movement entry was beautifully handled, with not too Romantic an approach overall, impressively taken cadenza passages, and he knew how to create drama in the rhetorical rests.

The second movement was a bit too extrovert and ‘straight’ – his two first row first violinists, both of whom have played the concerto before, could have both schooled him in how to approach the heart of this movement. Put it down to youth perhaps? But his finale was confident in its skipping rhythm and here he showed off not only his left hand agility but proficiency in staccato. Beautifully done single up-bow double stops and a great ease with the violinistic gymnastics made it performance to sit up and watch.

My verdict: the best performance of the evening, a shoo-in.

It would not do to leave the industrious orchestra out, but I’m afraid that though the SSO played as well as they have, Vladimir Verbitsky did not bring out the best in them, with some moments which did not at all favour the soloists. While his understanding of Russian music probably played to best advantage in the Tchaikovsky, where he led a decent if bland performance, the Sibelius was notable for its lugubriousness, refusing to let the soloist have his head. The third movement in particular began disastrously, with a curiously off-beat timpani which Tseng, to his great credit, did not let affect him. The Brahms was started too quickly by half and he did not provide an adequate orchestral foil for the soloist in this most symphonic of concertos.

In the end, the rankings were clear and the judges made the right choice – Tseng took the USD50,000 top prize, with Lin second (USD25,000)and Huang (for me anyway, a distant) third with USD15,000. A most interesting first edition of the Singapore International Violin Competition!