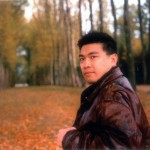 The Importance of Being Ernst (Serious)

Chay Choong speaks to Tan Chan Boon (b. 1965) and learns more about

‘I am a very serious composer’, Tan Chan Boon repeatedly emphasizes throughout the night.

I met up with the Singaporean composer to talk about his Quartet for Trio, which the Sen 森 Trio’s premiered at their own debut recital. Written for the uncommon combination of violin, viola, harp and flute, the title itself suggests a certain playfulness and in it, the violinist doubles up on the viola (hence the title), and is required to switch between the two instruments repeatedly, and in some instances, almost imperceptibly. Is there perhaps a playful side to his writing, I ask?

But Tan is quick to set me straight. ‘The Quartet’, says he, ‘is not an accurate representation of my style, I don’t usually write music like that! This is a relatively playful piece, but I’m often a serious composer.’

It isn’t difficult to verify his claim to seriousness. In an age where composers are more likely to write shorter pieces or film music, Tan has already written four full-fledged, hour-long symphonies, with a fifth on its way. Trained at the prestigious École Normale de Musique de Paris, Tan was made a Chevalier dans l’ordre des Arts et des Lettres (Knight of the Order of the Arts and Literature) by the French Government in 2008. Besides composing, he is also President (and one of the founders) of the Gustav Mahler and Anton Bruckner Societies in Singapore. He has plans to compose a ‘signature’ violin concerto and his varied output includes numerous chamber works, the latest of which is the Quartet.

It’s almost amusing how quickly Tan dismisses me when I offer that I find the Quartet’s concept interesting. ‘I think that many of my other works are much more interesting.’ Clearly, what interests him has less to do with breadth than with depth of ideas. For me, an interesting work would be filled with novel concepts in sound, rhythms and tonality, but Tan prefers to plumb established traditions. ‘Innovative ideas should be used sparingly. Once their impact is felt, it is enough; it is too overwhelming to listen to 30 minutes worth of unconventionality even if it’s very creative.’

Tan’s inherent traditionalism extends beyond his composition technique – believe it or not, he has never composed on the computer, this despite the availability of the notation software Sibelius, whose first release was almost twenty years ago. I was curious to find out how he coped without highly useful features like the MIDI synthesizer which would enable him to preview his compositions. ‘I think true creativity must come from the human heart and mind. I don’t want to be tempted to misuse the computer, such as using that function as a trial-and-error tool.’

How about generating individual parts from the full score? Those too were copied by hand. Tan showed me samples of his beautifully hand-copied scores; I did not take any pictures, but do check out this post from Dr Chang Tou Liang’s blog to understand why most of his friends who premiered his works did not mind reading his handwriting.

‘Being traditional does not mean that I disapprove of creativity though. One must be open-minded nowadays,’ Tan remarked as he kept his scores away carefully. ‘I enjoy new ideas, but I will refrain from experimenting for the sake of it.’ And there must be a method. In The Quartet for Trio, the idea of switching between instruments originated from Lee, but Tan choreographed the sequence carefully, down to the minutest details, such as placing a soft object underneath the bigger viola to create the perfect angle for Lee to bow the “G” strings of the two instruments together easily.

Despite his outward gruffness and insistence on being considered ‘serious’, an infectious passion radiates from Tan as he talks about music. “You must pour your feelings and thoughts into your music… and love! Without love, it would not be possible for Beethoven or Brahms to compose timeless music, and without deep feelings, the newer generations would never be able to surpass the old masters.’

Also read: Keong Jo Hsi’s review of the concert by the Sen Trio