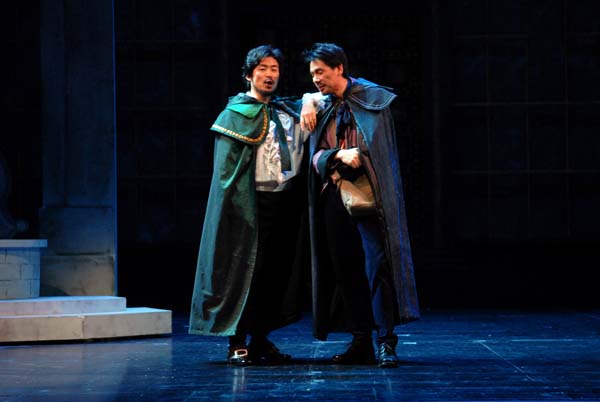 Tickets for this review were provided by the Singapore Lyric Opera.

Singapore hasn’t had a very impressive track record with Mozart operas in the last twenty years. In fact, apart from Die Zauberflöte, trotted out every now and again, his other works have been roundly neglected. It’s not surprising – Puccini and Verdi are more audience-friendly and certainly ticket sales remain an important concern, given our government lamentable budget for the arts.

But an opera company that hasn’t staged Don Giovanni can hardly be called one at all, and I’m happy that the SLO waited this long to bring out what was a very creditable performance of what many consider Mozart’s greatest opera.

The overall tone of the direction emphasized the comic over the dark. Second prize winner of the Mitropoulos conducting competition, Singaporean conductor Joshua Tan Kang Ming’s debut with the Lyric Opera was effective but rather literal, and could have delved deeper into the psyche of the work.

The famous overture set the stage for the rest of the evening. Energetically taken at a HIP-influenced tempo, the ominous chords of the opening Andante seemed less tragic than usual. There could have been more nuance, though the orchestra, polished and nimble, managed to sparkle through the even quicker Allegro molto. Better characterization could have helped the episodes from merging one into the other.

Many of these qualities could be said to apply to Tan’s treatment of the opera as a whole. Aside from some of the better known arias and duets, some numbers were under-characterized, the witty commentary from the orchestra and musical interplay that one might hear from some of the great Mozart conductors in short supply. The winds, in particular, could have been brought out to the fore more often. What was provided was a reliable rather than inspired framework for the singers to perform within. Shane Thio likewise provided an expert continuo on the harpsichord, less fancy than some but enjoyable, and provided the important function of commenting and pushing the action on.

The leads were overall well cast – South Korean Song Kee Chang’s (previously seen in the SLO’s Zauberflöte as Papageno) baritone marginally richer and more alluring than his side-kick Leporello’s. Though billed as a bass-baritone, Huang Rong Hai’s smooth, velvety voice was much brighter than those who typically play Leporello (think Alexander Kipnis), resulting in a Don Giovanni and a Leporello who were vocally so similar that it became possible to understand how they could have been mistaken for one another (they were rather similar in terms of build and height as well). Choice or coincidence? Either way, the sheer musicality in control of both these fabulous singers’ voices was undeniable, with both leading incredibly charming performances of their respective roles.

The camaraderie and fun was palpable as well, and the tomfoolery believable. Each did well in their famous arias, Huang Rong Hai appropriately nimble in his Catalogue Aria, rather too suave in voice as well as person, but musically impeccable, though sometimes he resorted to hamming up vocally to lend interest to the proceedings.

Song Kee Chang played the part of the rake to a T, decked up in the garments of a nobleman, the roguish sweetness of his voice made it easier to forgive Zerlina for leaving Masetto on their wedding night. Vocally, they were a lovely match in La ci darem la mano, with Song’s burnished baritone a perfect foil to Cherylene Liew’s lovely soubrette soprano.

The men had an easy bro-mance happening, Don Giovanni convincingly aware of his servant’s weaknesses and exactly how to exploit them, that brought us through the opera and made everything just that much more enjoyable.

The ladies were a mixed bunch. SLO stalwart Nancy Yuen played the difficult part of Donna Anna. Not in her best voice, control seemed problematic especially in her higher registers. No one would ever accuse Yuen of producing an ugly note, but I thought there could have been more fleshing out of her character. Director Tom Hawkes has her pegged as a simpler character than most sopranos would have her – her ignorance about her father’s assailant is real here, outrage honest in Or sai chi l’onore (taken a little more slowly than usual by Yuen, and with less thrust) I would gladly have given up some of that lovely vocalising for a little more character, more fire.

Ee-Ping’s plush Donna Elvira certainly had more abandon, starting with Ah chi mi dici mai, and was the strongest of the three, with great energy, with the role firmly in her range. Her passion for destroying (and loving) Giovanni was apparent, and both moving and frustrating. Here was a woman who had given up her life to follow her love around, and not having it requited, sets out to destroy any possible dalliances he might have.

The last of the trio, Liew’s young, sweet Zerlina was a delight to listen to, and to watch, her Batti, batti, O Masetto loving and honest, not just an attempt to sweet-talk him into accepting her back. Martin Ng as Masetto was less so. His bass was vocally thin and though intelligently used, and difficult to enjoy as a result. His facial expressions were likewise distracting, his physical approach to comedy causing him often to look like a bumbling fool and shifting the balance firmly in favour of Giovanni when it came to the audience’s affections.

Perhaps one of the most unrewarding roles in opera is Don Ottavio. He’s clearly cheated on by Donna Anna, yet remains blissfully oblivious ad supportive of her. Here played by tenor Melvin Tan, who last played the first Jew in SLO’s Salome. His performance had all the notes, and surely finesse wasn’t missing, but it was frightfully un-Italianate, and somewhat distracting as a result. This was too bad, since his Dalla sua pace showed excellent range and breath control, though it could have been more plaintive.

Which leaves us only to mention William Lim. Still beautiful, his voice seems to have tamed out some of that quick vibrato that caused him problems in the past. Still, I’ve always thought of Il Commendatore as the territory of true basses. His voice was also a little too small to create much of a spectral impression in his exchanges with Giovanni, when you expect to be startled. It was all a little underwhelming. Perhaps a little discreet amplification would have helped bring the voice into perspective given how much larger the two leads’ voices were.

Direction Tom Hawkes opted for a middle of the road approach with regard the staging, both economical yet engaging. Within the limits of the set budget, there was intelligent use of the double story baroque looking facade on the left, allowing some spacial interest, while never becoming too complex. Occasionally some of the Filipino choir came on stage pushing props around such as a hedge. I thought it would become a little concept-y but it worked out and wasn’t too distracting. Costumes were simple and conventional, as was lighting.

Overall, an attractive production and another feather in the Singapore Lyric Opera’s growing list of successes.

Browse still shots from Don Giovanni below. Photos were provided courtesy of the Singapore Lyric Opera. 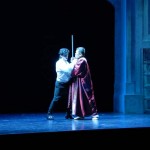 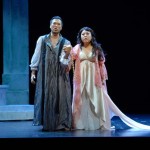 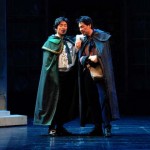 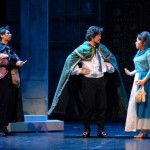 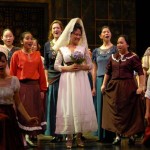 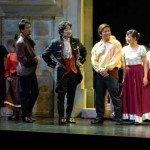 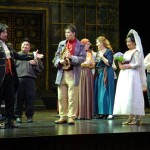 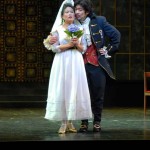 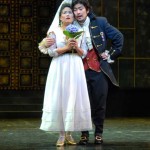 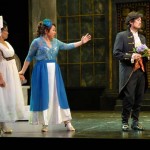 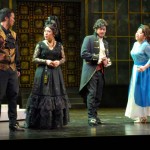 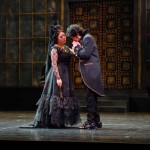 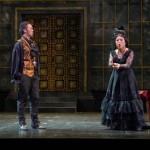 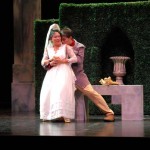 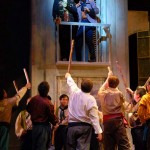 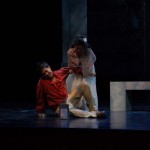 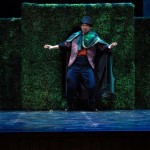 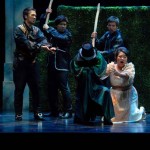 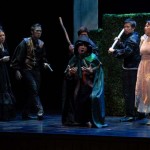 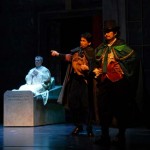 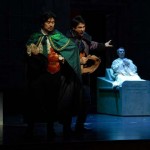 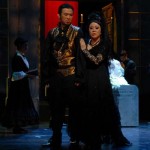 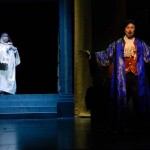 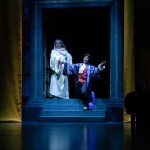 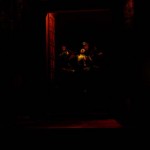 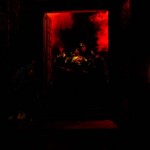 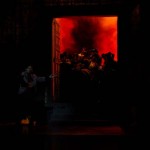 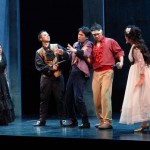 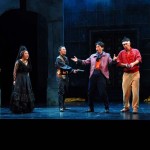 Singapore Lyric Opera concert was great. Many fans were more than satisfied seeing and hearing the performers once in a lifetime performance.

Great concert review. I really love how you highlighted the Mozart’s Don Giovanni. I’ll be following you post from now on.