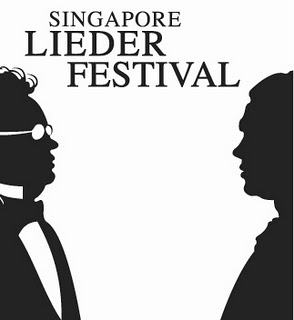 Lieder in Singapore seems to come in spurts, with the Sing Song Club’s Lieder Festival preceded by a Romantic song recital featuring the Brahms Liebesliederwaltzer at the School of the Arts last month. The one constant was Shane Thio, whom Singapore is lucky to have as her stalwart accompanist. While the SOTA recital was well-attended, perhaps by students of the four recitalists, all prominent local pedagogues, the Arts House Festival was plagued by meagre audiences. The opening concerts had less than thirty and the final recital opened to an audience of five.

Programming for the Schunmann half of the Festival paired his main cycles with lesser known works from 1840. William Lim sang the Sechs Gedichte aus dem Liederbuch eines Malers, op. 36, texts by Reinecke. Graham Johnson in his notes to the Hyperion complete recordings quotes Eric Sams as calling them ‘indifferent’. Neither text nor setting is particularly inspired, but are very much centred in the folkish Teutonic tradition. William Lim with his well-oiled dark-hued instrument did them justice. Keeping a mellifluous tone without dramatic excess worked well, and if his Elven Queen in No.5, Dichters Genesung, marched rather than flitted, perhaps the Northern fey, even those in love, tend towards the martial.

The Living Room at the Arts House is a fine venue for chamber music recitals: the high ceilings and generous resonance give the piano, a very pleasantly rounded Shigeru Kawai, the most friendly acoustical environment I’ve heard in Singapore.

Peter Ong, a Malaysian tenor who performed the cycle in 2006 at the Esplanade, proved an engaging performer. In order to range from whispered entreaties to ringing cries, he forwent a consistent bel canto tone. The small venue supported this dramatic license; what is live performance for if not to allow the magic of combining acoustic space, performer choice and audience reaction in an evanescent melange. With this challenging music though, better technique would have helped. Vocal tension led to a tendency to sing under the note when pushed, and the consonants suffered from too much English aspiration. Softer passages were undersupported, with resonance changes across register and dynamic breaks.

Dichterliebe, like all great music, allows for myriad interpretations. For fresh-voiced earnestness and effortless singing, the Russians tenors are hard to beat, with Ivan Kozlovsky on a Melodiya LP and Vinogradov reissued on Preiser. If plangent baritones are wanted, the ever-stylish Panzera and Souzay (more so in his earlier recordings) remain among those I play most often. Pierre Bernac with Casadesus remains an idiosyncratic choice — if not vocally outstanding, he maintains a real connection with the listeners. Fischer-Dieskau was probably most well-balanced with Jorg Demus in a post-war DGG recording, but his Carnegie Hall extravaganza with Horowitz needs to be heard, if only for the stupdendous pianism. Of recent recordings, Ian Bostridge’s was one of the first to turn me on to lieder, and has fewer of his vocal mannerisms than later recordings. The last live performance I heard was by Mark Padmore, whose seamless tenor coped admirably with the demands of the cycle.