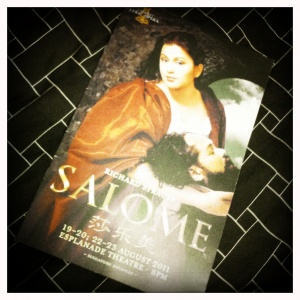 If you want to watch a gorgeously played, lovingly directed and an overall winner of a Salome, make sure you don’t miss the Singapore Lyric Opera’s last two (of four) performances this coming Monday and Tuesday (22-23 August 2011). The company’s first foray into any of Strauss’ operas, this production distinguished itself in director Andrew Sinclair’s obvious familiarity of the subject, the strong cast of singers as well as the conductor, Peter Selwyn’s command of the breadth and colour of this wonderful piece. The opera sinks or swims depending on the orchestra, and while I must say the Singapore Lyric Opera’s orchestras have proven their mettle over the last few productions, nothing prepared me for the sheer enjoyment of this one, with not a weak spot to be heard, excellent winds, spot-on percussion, lurid strings and obligatto parts throughout. The various themes were appropriately grave in their execution, lending a great atmosphere.

The core of any Salome, besides the orchestra of course, is the titular role and the Jokanaan. Janice Watson, while integrating strongly with the rest of the cast, is clearly in a class of her own vocally, and was a joy to hear and watch. Her soprano is a Straussian one – huge in its range and yet with enough tenderness and lyricism to have us believe that she is a teenager. Encompassing a wide range of colours, the ease with which she negotiated the role vocally, with gossamer high notes worthy of any Sophie, were a joy to behold, with crisp German you could do dictation to. Clearly she wasn’t a teenager, but with her petulance, pouting and believable manipulation of Herod, she could have passed off as one.

Herod, of course, is one the other roles in this opera that makes or breaks it. Hubert Francis’ Beckmesser-ish, slightly nasal voice, lent much character to this role – usually portrayed by corpulent tenors. If it was slightly too touchy-feely between Herod and Salome, that was entirely the director’s prerogative and wasn’t unbelievable. In all, it was a commanding performance.

His wife Herodias, portrayed by Australian Bernadette Cullen, was in comparison, imperious and towering, with a mezzo-soprano that I’d imagine, would make a great Fricka.

Jokanaan, as played by the South African born, currently UK-based Dawid Kimberg, was again well-cast, with a rich, chcolatey baritone reminiscent of a Bryn Terfel. His medium sized voice, when saying the cryptic words at the start to Strauss’ erotically charged score, made me tremble. His interplay with Salome created a slightly controversial element in this production – here, the director had him slowly but surely seduced by Salome, only to pry himself away from her and retreat to the cistern – another slightly controversial action here that would have raised eyebrows at the very least. As Jokanaan descends back to the cistern, Salome clung to its cover, then appeared to be (to put it delicately) touching herself as it was laid back down. It was move that made sense, however, given her general impulsiveness, lack of concern of people around her and her instant attraction to the Baptist. Given that Jokanaan isn’t physically seen again for the rest of the opera, it lent an interesting, slightly scandalous, yet fairly warranted touch to the whole scene.

An account of Salome isn’t complete without a discussion of her Dance of the Seven Veils, and Gani Karim, one of the more respected choreographers in Singapore, chose to display a harem of topless male dancers, whose lithe, athletic bodies added much colour to the scene. Drawn on abs aside, their introductory routines, well-rehearsed interplay with Janice Watson and their grasp of the stage made this quite memorable. While you’d never mistake her for a prima ballerina, Watson’s own dance managed to be rather seductive, with much colour in her unveiling and interaction with the dancers and her audience and everything looked very natural – well done! The costumes here were appropriately exotic and felt slightly middle-Eastern.

A brief note about the rest of the supporting cast – Melvin Tan, as the First Jew, stood out here, with his grasp of the part. The director has them – as Strauss and Wilde intended – quarrel in the worst caricature of the Jews, who are portrayed as bickering fools by Wilde. What I have a little issue with is playing up the anti-Semitic stereotypes, with the Jews fawning and looking more than a little interested when Herod offers his riches to Salome. Kota Murakami as Narraboth was another well-cast role – he seems to be appearing in almost every opera nowadays with the SLO, and his high lyrical notes were a pleasure. Anna Koor as the hapless Page was unobtrusive, a bit of luxury casting since she can definitely play bigger roles.

While Singapore’s opera scene is still in its nascent stage, successes such as this Salome rightly point toward bigger and better things to come. I hope that finances will allow the company to move slowly but surely away from sure-fire hits toward the less-heard operas in Singapore. The SLO is beginning to form a reputation with its recent triumphs, long may this winning streak grow.

All of the following photos was provided by Singapore Lyric Opera 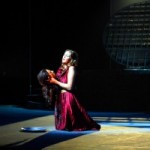 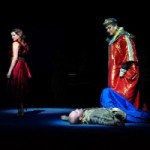 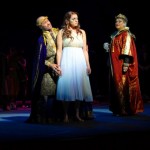 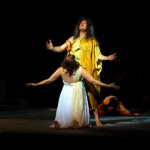 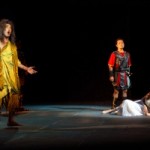 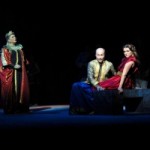 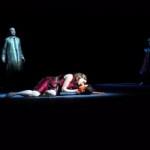 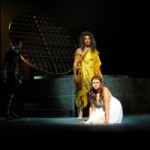 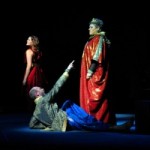 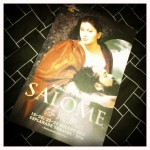 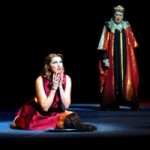 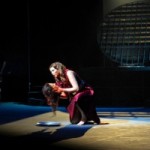 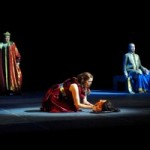 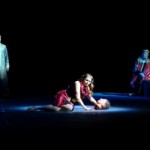 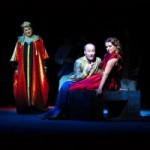 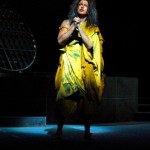 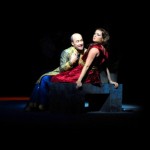 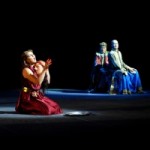 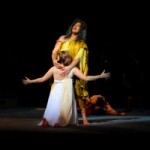