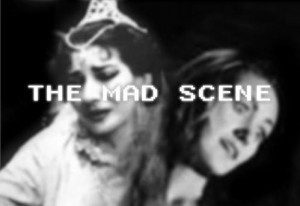 Part blog, part independent review and part plain gossip, The Mad Scene has made inroads into the hearts of vocal and opera fans with its frank, sometimes blunt discourse on the vocal art. As it turns three this year, Derek Lim speaks to Steven Ang, the Mad Man himself, on its origins and more.

Happy birthday! The Mad Scene is three years old this year. How did you start writing about music and start your e-zine? How did you come up with the name anyway?

Well I guess I have The Flying Inkpot to thank for that! I had published quite a few articles here and it was a wonderful experience. But back then Inkpot was largely HTML based and I’m sure you’ll agree that it took quite a lot of work just to put up an article. I began to wonder if there is a simpler way to publish stories, and in a less structured, more informal manner. At that time, 3 of my good friends and myself were discussing about starting a blog about opera, where we could put up bits of gossip and YouTube moments in addition to reviewing CDs and concerts. After a round of brainstorming, we came up with its current title.

A mad scene is a melodramatic device used by the bel canto composers, mostly an excuse for a star soprano to show off her vocal skills and histrionics by singing a long demanding scene riddled with fast coloratura passages and high notes. Naming the blog “The Mad Scene” seemed like a good fit as it describes so well what the site is going to be: a celebration of everything we love about vocal music, the profundity as well as ridiculousness of it all. The rest, as they say, is history.

Are you yourself a musician?

Well I’ve been fooling around onstage for some time, but I prefer to call myself a ‘performer’ rather than a musician, as I somehow got started in experimental theatre first before moving on to musicals and classical music. Which probably explains my love for opera, as it truly is a combination of all the major art forms. Fach-wise I often describe myself as a dramatic-spinto-lyrico-coloratura soprano trapped in a light baritone’s body. Currently I’m trying to turn professional by studying music at Taipei’s Soochow University, so ‘budding musician’ might be an apt title as well.

How many writers contribute to The Mad Scene?
Well it’s just me most of the time, but I do have guest writers contribute sporadically, including an angry Mahler 10 review by you (http://themadscene.athenarts.com/?p=725) Occasionally I also get anonymous writers sending in articles from the Business Times. Now that I’m based in Taipei I have my good friends Christopher and ST doing most of the live concert reviews (in Singapore) 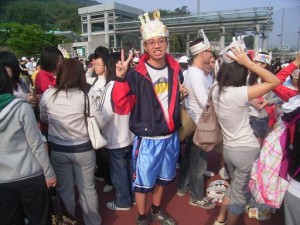 Are most of your readers from Singapore? How many readers visit The Mad Scene each month?
The Mad Scene gets about 2,000 readers a month, of which about 70% comes from Singapore. I’m not sure if that’s good figure since I don’t really have a basis for comparison, but I’ve had strangers come up to me at concerts, telling me how much they’ve enjoyed reading my blog, so I know it’s making a significant contribution.

How would you describe The Mad Scene’s style?
8 Days meets Parterre Box meets Opera News, at least that’s how I hope my style will evolve towards. I’ve read 8 Days since I was 15 so it has influenced my style a lot; I love their irrelevant style of writing. so my aim for The Mad Scene is to provide similar magazine content to voice lovers here. Too often I only learned about a concert from reading a review, by which the concert would have been over. In my opinion there are already plenty of sources for reviews, the Straits Times and Tou Liang’s Pianomania are good sources, and now that Inkpot is back online we have one more source. I want to talk about concerts before they actually happen, and to go beyond the usual re-printing of press-releases. Therefore I am very passionate about doing interviews with performers, and would love to keep doing so as long as the performers are willing to contribute.

Do you have any plans to expand beyond what it is now?
As blog owner I am always thinking of ways to get more readers and its something that I’m continuously working on. I do wish though that current readers can be more enthusiastic about checking out our advertisers’ messages… Lastly, I would also love to work more closely with concert producers here.

What was your most popular recent article?
I don’t know if you can consider this ‘popular’ but my 2008 article with Jeong Ae Ree registered over 4,000 hits when she had that spot of trouble with the drunken Romanian diplomat earlier this year, mostly from kaypohs searching her name on Google. It was easily the highest traffic record I got in a week. These people may not come with the best intentions, but I’m glad that I was able to give them a side of Ae Ree that they would otherwise never have known from mainstream media, showing her as a serious artist and a passionate teacher. Also, readership is always highest the week before and after an SLO opera production, so my articles and interviews with their personalities are quite popular too.

Concert Promotion for Friends of TFI: Bohemian Rhapsody by the T’ang Quartet

I guess I am not the only one having all the enjoyment here!