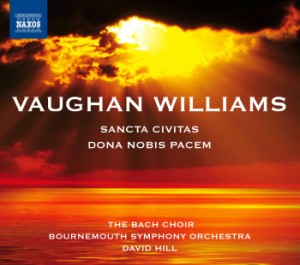 War is the tie that binds the two works on this disc, which find Ralph Vaughan Williams at his most mystical and meditative. The cantata Dona nobis pacem, written in 1936, was intended both as a prayer and a warning against the increasingly unstable political environment at that time. The universality of Vaughan Williams’ sentiments against an upcoming war was expressed by the eclecticism of the text he set—a fragment of the Latin Mass, excerpts from the Bible and poems by Walt Whitman and John Bright. The oratorio Sancta Civitas (The Holy City), written between 1923 and 1925, tells of the metaphorical war of good versus evil as related in the Book of Revelation to symbolize man’s destructive nature and the divergence of war from the natural order of things. Both these works may have been colored by the composer’s experience in the Royal Army Medical Corps during World War I, and by his losing friends and relatives through that conflict. They also share great moments of drama and lyric beauty, though Sancta Civitas is the subtler, more rarefied composition of the two. 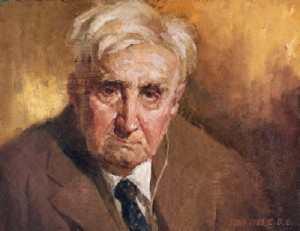 The performances here are worth more than the sum of their respective parts. This is important because, while soprano Christine Pier shines in Dona nobis pacem, baritone Matthew Brook and tenor Andrew Staples sound better in recitation than they do in singing. This is a major but not fatal flaw, since both of these works are mainly chorus-driven rather than soloist-driven. This problem is especially telling with the appearance of Christ at the end of Sancta Civitas, a musical high point of the work and the only time where the tenor sings. The choral forces and orchestra are all excellent, and David Hill’s pacing in both works is ideal (a crucial point since a performance of either can easily bog down if taken too slowly). Hill’s build-up of tension in Sancta Civitas through “Holy, Holy, Holy” to the climax in “Heaven and earth are full of Thy glory” is expertly handled, and while the climax itself errs on the side of grandeur as opposed to sheer explosive force, it is still well-shaped and highly effective. His handling of “Reconciliation” and “Dirge for Two Veterans” in Dona nobis pacem is likewise very moving, despite Brook’s wobbly singing in the former.

Both works show Vaughan Williams at his best and are worth getting to know (Sancta Civitas was in fact one of the composer’s favorite choral works). While neither has lacked for excellent recordings, Sancta Civitas is by far the less frequently heard of the two, and this is the only recording of that piece currently in print. Texts are not included but are available online at www.naxos.com/libretti/572424.htm.