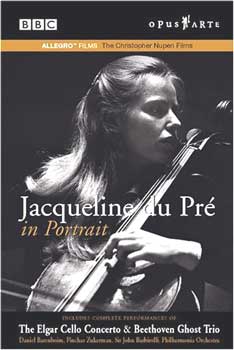 I remember spending many fruitful afternoons in the National Library at Stamford Road, when it still stood,  as a teen, searching up music scores, watching films (mostly on VHS at that time), and listening to music on CDs. One of the first videos that I borrowed happened to be the same film that is presented in this DVD, and I still remember vividly my reaction to it. I didnt know much about Jacqueline du Pre at that time, and biographies about her were still not very readily available, but I was moved to no end by that amazing life of hers, her beauty and how tragic it was that such a wonderful musician had been cut down in her prime, allowed only so few years of performances, how cruel it was that she had to succumb to multiple sclerosis.

These same reactions remain, but have been tainted in the years interim by biographies written about Jacqueline du Pre, by a particular movie made about her (Hilary and Jackie) and by more exposure to recordings made by her, making it difficult to think about the great cellist in that same light. 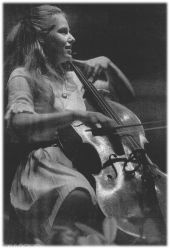 Christopher Nupen was a friend of du Pre, and as a biographic documentary, only her best sides are presented. She was without a doubt the cellist most associated with the Elgar concerto, whether you like the way she plays it, and the autumnal quality that it exudes, are played up here. Right from the start you see her in lesson with a student, offering her fingerings for the work (not that they wouldve served him much good, seeing as her first finger of her left hand was much longer than the usual persons), and the documentary ends with a complete performance of the work. Still Nupen manages to explore other aspects of the cellist he dwells in extraordinary length on her childhood, how she started taking up the cello and her relationship and eventual marriage with Daniel Barenbom are the main themes that the viewer encounters. As a visual souvenir of the cellist it succeeds admirably, as a sketch of the life of du Pré the woman less so.

But still the music is the thing. What struck me on rewatching this was the huge amount of energy that she possessed even from a young age when playing – the way in which she threw herself, golden head of hair and all, at the instrument are a joy. When heard with the video element, the excesses of her music-making somehow seem less affected than when heard on its own. The Elgar cello concerto in particular benefits from this the live performance performed with the New Philharmonic Orchestra and her husband Daniel Barenbom takes on a hugely different meaning from the serious, sombre, heart-wrenching account with Glorious John, who makes a cameo appearance talking about his first encounter with du Pr, speaking in his delightfully unsophisticated accent. What comes across in her performance, rather, is her love for life and her cello, and Barenbom, something that may come as a surprise to listeners used to only hearing her. The performance, in black and white, is itself is a joy to watch, and the privilege of being able to watch du Pré in full cry cannot be overstated.

The DVD is rounded off with a considerable bonus – The “Ghost” Trio of Beethoven, recorded, as Nupen describes in his personal introduction, as a last minute replacement, with Barenboim, du Pré and Zukerman. Their collective sense of fashion is ghastly, but the performance is wonderful, their ensemble intuitive.

For any one interested in du Pré, this DVD is essential viewing, even if you do so only once. If you want to know more about du Pré and her life, much more can be found in her biographies, but this DVD allows us to watch and see for ourselves why du Pré was so beloved by audiences youll never listen to her records in the same way again.