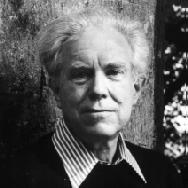 Naxos has been extremely enterprising in pairing a composers thornier works with the more accessible ones, as it has done with its Charles Ives and Frank Bridge discs. The label continues this practice in what is hopefully the first of a series of recordings dedicated to the current dean of American music, Elliott Carter, who is currently enjoying what may be the most extraordinary Indian summer of any composer, composing new works in his 90s while still pushing the stylistic and intellectual envelope.

For all his current acclaim, Carter endured a long period of respectful disdain by musicians who commented on those complicated Carter scores when one of his compositions came their way. This was true even of those early works that were not so complex, even inviting, as is the case with the Holiday Overture. Written in 1944 to celebrate the Allies liberation of France from the Nazis, the overture exuberantly proclaims a language not far removed from the more popular works of Aaron Copland. Ironically, given the circumstances under which it was composed, the overture was premired in Germany after languishing in the music library of the Boston Symphony.

Written two years earlier than the overture, the First Symphony inhabits a slightly more dissonant but otherwise similar sound world. However, the overall tone is by no means as straightforward. Despite its charm, the symphony comes across as quirky, leaning in the direction of Ives but with a greater degree of refinement. For all its elegance, it seems episodic on first hearing because it is difficult to tell which way the music is going. It also lacks a defining contrast of sections; everything sounds the same and rambles on. The central movement comes off best, but, overall, Carter would later become much better at building and holding a composition together.

One of those later works, the Piano Concerto, is not only light years apart stylistically from the others on this disc, but is also by far the most dynamic and engaging. Carter found his mature voice through a series of chamber works and his Variations for Orchestra. Complex, intellectual but extremely inviting, the Piano Concerto continues Carters journey though a society of sounds in which single instruments and instrumental groups converse, debate and discuss in an almost verbal manner. In that sense it is not that far removed from Samuel Barber but whereas Barbers compositions are rooted in song, Carters, generally, follow the dynamics of speech in a more rarefied, dissonant style. While Carters works sometimes are frenzied and hard to follow, they can also be extremely rewarding once a listener becomes acclimatized to their language of flawed words and stubborn sounds.

Kenneth Schermerhorn and the Nashville Symphony prove their excellent Ives Second Symphony and Robert Browning Overture disc was no fluke. They make the best case possible for the First Symphony and have the full measure of the other works. The chemistry between conductor, orchestra and pianist Mark Wait is exceptional, resulting in a vibrant and persuasive discourse. Heres another winner in the Naxos series of American Classics.