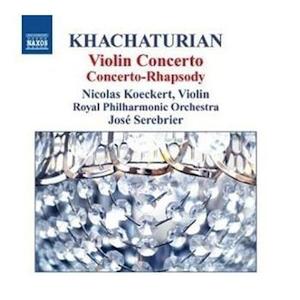 A new recording of Aram Khatchaturian’s Violin Concerto really has to stand out to be noticed. Among the many recordings currently available are those by David Oistrakh, for whom the concerto was written, Leonid Kogin and more recently Julia Fischer in a widely praised traversal. With fully comitted support from conductor Jose Serebrier and the Royal Philharmonic, Nicolas Koeckert holds his own in this company. His tone may not be as full as Oistrakh’s or as silken as Kogan’s, but it is pleasantly red-blooded. He takes a fairly dry-eyed approach to the concerto that wears well with repeated listening, not adding more to the piece’s considerable heart-on-sleeve than is needed but not shirking from sentiment when the music calls for it, either. The dance rhythms in the outer movements are lightly sprung, and the melodies in the central andante sostenuto are spun out with just the right amount of languidness to make them appeal without dragging things on unnecesarily. He also meets the many violinistic fireworks in the outer movements head on and comes out well. 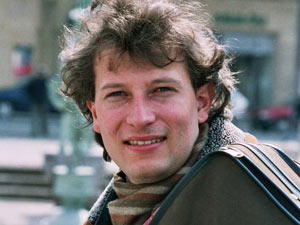 The concerto-rhapsody that precedes the concerto may be harder to sell.  Luxuriant in overal tone but punctuated by more aggressive music, it has some interesting ideas and does not sound far removed from the composer’s music for the ballet Spartacus. However, it cannot compare to the concerto for overall quality or listener interest. Khatchaturian in the 1960s was not the same composer as he was in the 1940s. For all the concerto-rhapsody’s surface atmosphere and the care that Koeckert and Serebrier lavish on it, the work can seem like 25 minutes of note-spinning, without an interesting tune to lighten the procedings. Those listeners wanting more Khatchaturian may not be disappointed, as the piece can grow on you with repeated listenings. However, as mentioned above, the competition is fierce. Oistrakh offers the Suite de Concert by Sergei Taneyev (a student and friend of Tchaikovsky, and also one of Rachmaninov’s teachers at the Moscow Conservatory), a rarity in the West but an attractive one nonetheless. The discmate with Kogan is a blistering Alexander Nevsky Cantata with Fritz Reiner and the Chicago Symphony Orchestra. Julia Fischer offers the Prokofiev First and Glazunov Violin Concertos. Nevertheless, this is a disc worth getting to know, especially at Naxos’s price. I hope to hear much more of Koeckert in the future.